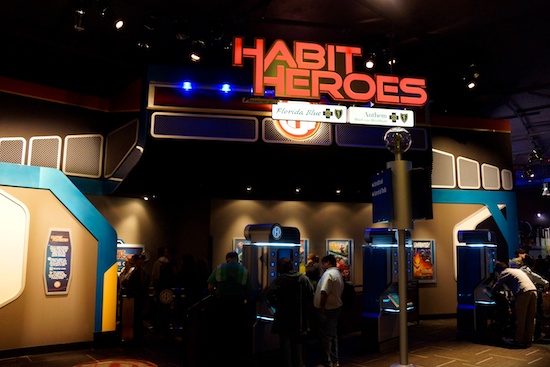 The Habit Heroes attraction that opened about a year ago, then quickly closed after controversy over its portrayal of overweight kids, reopened this week with a whole new storyline, characters and games. There’s no more Will Power and Callie Stenics. Say hello to Director Jin and her agents.

The walkthrough attraction in Innoventions East is sponsored by Florida Blue and Anthem Blue Cross and Blue Shield. It still features the same rooms and the same type of games as the short-lived version, but the gameplay has been changed and the entrance and exit have been swapped. 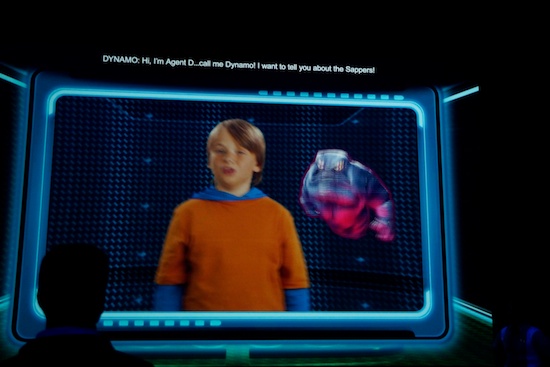 The games start with an introduction by the Habit Hero agents who will train guests to be Habit Heroes themselves. 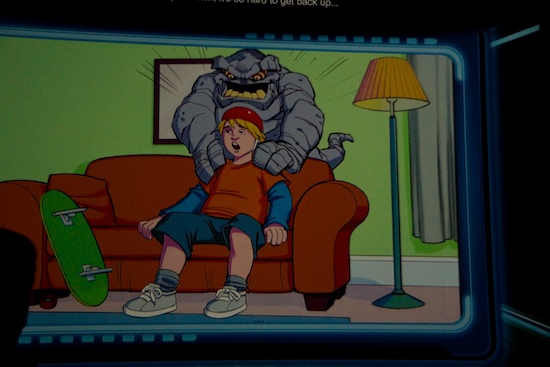 In addition to the real life versions of the Habit Heroes, guests see their stories through their cartoon versions as well. There’s Director Jin, Agent Quench, Agent Fuel and Agent Dynamo, pictured above. 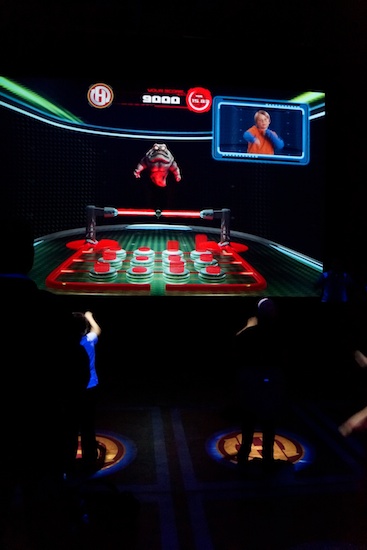 The first activity has guests doing different movements to battle the villains, such as the Block Bot. Sensors detect their movements and use that “energy” to fight off the health hazard villains. 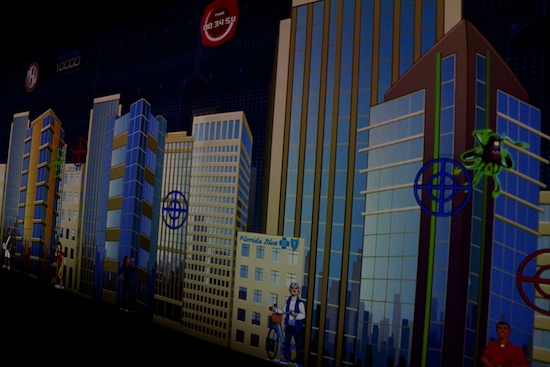 Next, guests move on to another room where they help protect the citizens of a city from the villians by shooting them with blasters. The blasters can be shot by pushing a button on top or pulling a string, just like in the Toy Story Mania attraction. 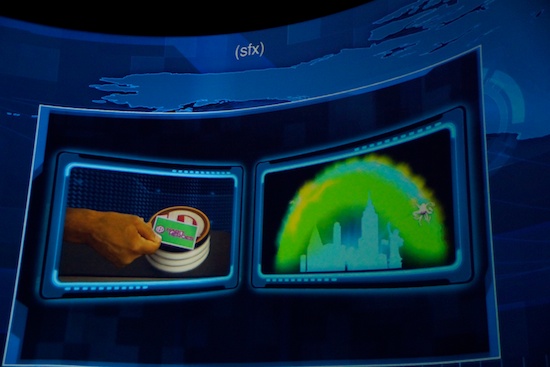 The final game room features a large screen above and all around the guests. Everyone is given a card with a specific villian pictured on it. The goal is to see where the villian they’re fighting is attacking and to place their card on the sensor below that city to help save the world. 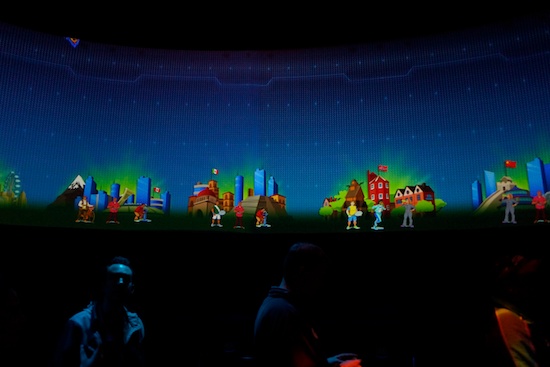 It’s sort of like a large-scale version of Missile Command. But guests can only protect the cities their villain is attacking, and for part of the game, they need to team up with others fighting different villains. 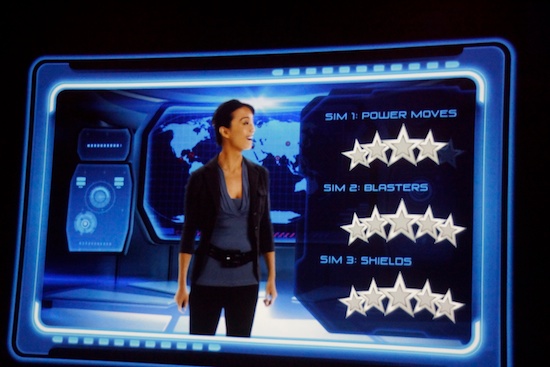 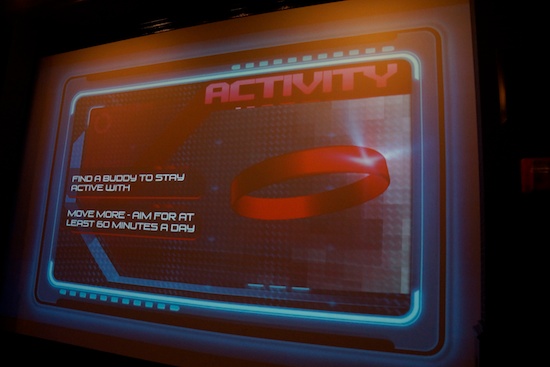 Guests are given a red, blue or green wristband to keep and a mission card relating to the color of their band. 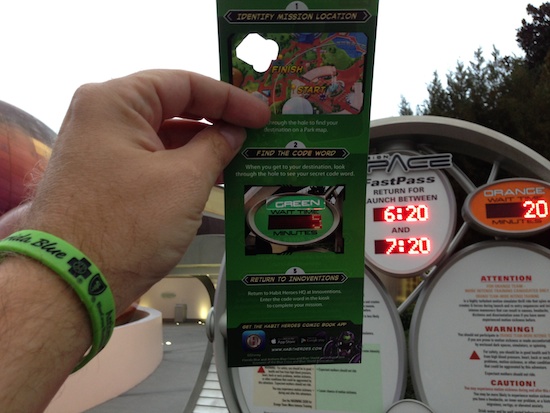 The cards have cutouts in them that guests can take out in the park. If they hold it up at the right location, they can see the code word. 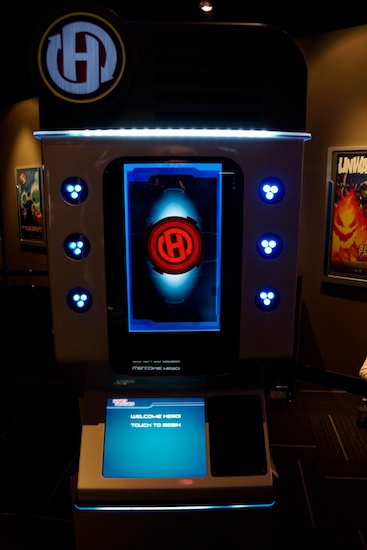 Once they know their code word, they can return to one of the kiosks outside the attraction for a message from Director Jin. 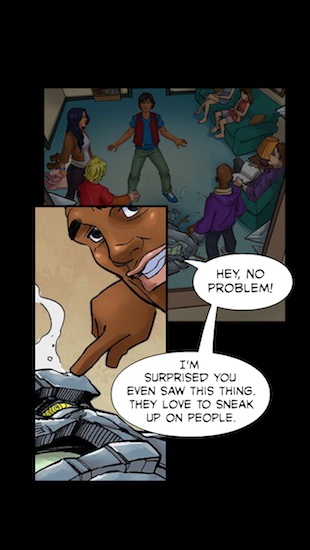 There’s also a free Habit Heroes app for iOS and Android which contains comic books starring the Hero agents. The app can also track how much exercise you’re getting and there are secret missions to do while in Epcot, but this feature isn’t working yet. Click Here to download the iPhone and iPod versions of the app.

Here’s a look at the new Habit Heroes attraction:

Here’s a look at the original version of the attraction: