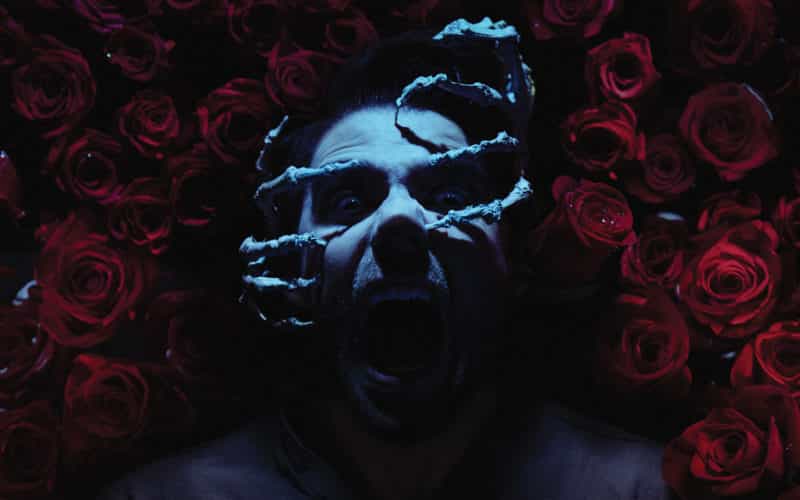 Universal Orlando Resort has announced their four original concept houses for this year’s Halloween Horror Nights 2017, fresh off of the final IP announcement this past week with “The Horrors of Blumhouse.”

This year’s original concept houses are “Scarecrow: The Reaping,” “Hive,” “Dead Waters” and “The Fallen,” and mark the final announcement for this year’s event.

Set in an abandoned farmhouse in Nebraska, Scarecrow guardians have risen from blood-soaked soil in search of revenge. Their seeking to reap their harvest, and this year’s harvest could be you.

The age-old battle between good and evil is housed in this original concept, as The Fallen fly, jump and climb up from the kingdom of darkness below and wreak havoc. This house displays the battle between light and dark, beauty and decay, and is said to be full of surprises.

This house marks one of the first times that a scare zone has ever influenced a house. Halloween Horror Nights 24 saw the introduction of the Bayou of Blood scare zone, and this year’s Horror Nights marks the return of the Voodoo Queen with her own domain.

Here’s a look back at the Bayou of Blood scare zone:

This vampire-infested house will take guests back into the 1980s, ripping away everything that makes vampires beautiful and cool and replacing it with vicious, animalistic Nosferatu-style blood-suckers.

Halloween Horror Nights 2017 begins on Sept. 15 at Universal Studios Florida. For more information on all of the event offerings, and to purchase tickets, visit HalloweenHorrorNights.com/Orlando.

The Show! – First Rides at Universal; Haunts Around the World; latest news

Why ‘Remember… Dreams Come True’ is my...