‘The Horrors of Blumhouse’ featuring ‘Insidious,’ ‘The Purge,’ announced for Halloween Horror Nights 2017 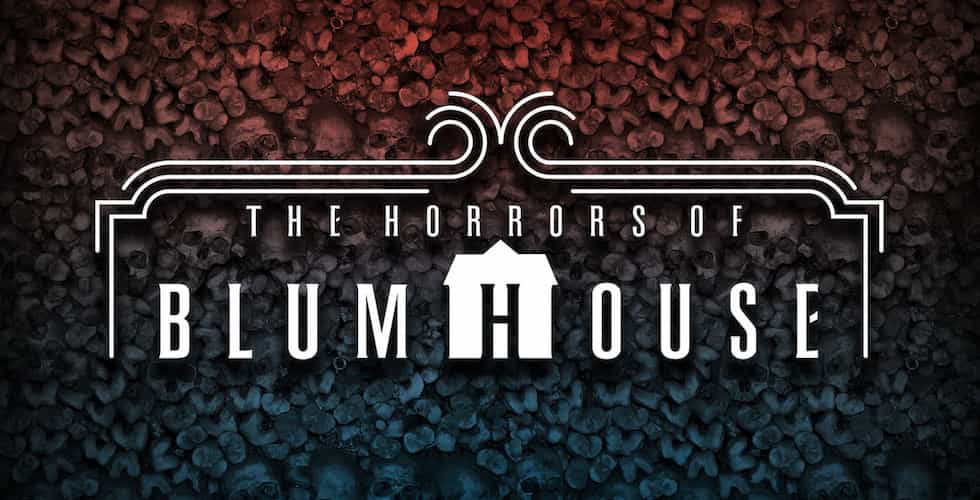 “The Horrors of Blumhouse” has been announced at the final IP house for Halloween Horror Nights 2017.

Based upon “The Purge,” “Sinister” and “Insidious” films, as well as the upcoming film “Happy Death Day,” Blumhouse Productions and Halloween Horror Nights are teaming up to create two intense mazes at Universal Studios Hollywood and Universal Studios Florida.

At Universal Studios Hollywood, guests will encounter iconic moments from “The Purge,” “Sinister” films and the soon-to-be-released “Happy Death Day.” In “The Purge” section, guests must try to survive the night as all crime is declared legal in the government’s sanctioned 12-hour Purge. “Happy Death Day” will exist in the house as a living trailer, where guests will experience deja-vu as they relive their final day over and over until they discover their killer. The house culminates in a finale with “Sinister,” as guests encounter an ancient pagan diety determined to trap them in the shadow world of the dead for all time.

“It’s a privilege to collaborate with Jason Blum and his team at Blumhouse Productions to create ‘The Horrors of Blumhouse,’” said John Murdy, Creative Director at Universal Studios Hollywood, and Executive Producer of Halloween Horror Nights. “The decisive, inventive way in which he interprets underlying issues plaguing today’s society into his films provides us with a plethora of content to create truly captivating, one-of-a-kind modern horror experiences for our guests.”

In “The Horrors of Blumhouse” maze at Universal Studios Florida, guests will encounter three of the most terrifying entries in the Blumhouse anthology. Guests will first face the horrors of becoming the next blockbuster murder home movie of the demon Bughuul from the “Sinister” franchise. Then they will have to run for their lives from home invaders from the first installment of “The Purge.” To end the maze, guests will face the Lipstick-Face Demon from Chapter 1 of “Insidious,” and come to witness Dr. Elise Rainier’s own hauntings from her childhood in a living trailer for “Insidious: Chapter 4,” which opens on Jan. 5, 2018.

“We’re thrilled to bring the terrifying vision of Jason Blum and the Blumhouse Productions team to life on an even grander scale at Halloween Horror Nights 2017,” said Charles Gray, Show Director for Creative Development for Halloween Horror Nights at Universal Orlando Resort. “He is the modern voice of horror, whose films run the gamut of intense, in-your-face terror – and this year, we’re taking our guests deeper into the horrific world of Blumhouse than ever before.”

“We are so excited to expand our collaboration with the terrific creative team at Halloween Horror Nights this year,” said Blum. “With ‘The Horrors of Blumhouse’ maze, people will be able to fully immerse themselves into the cinematic worlds of our most terrifying films – with bone-chilling results.”

Universal Studios Hollywood also announced “Insidious: Into the Further” this week, based upon the upcoming entry in the “Insidious” franchise.

For more information on Halloween Horror Nights, and to purchase tickets to the event, visit HalloweenHorrorNights.com. Check out the announcement video for “The Horrors of Blumhouse” below: