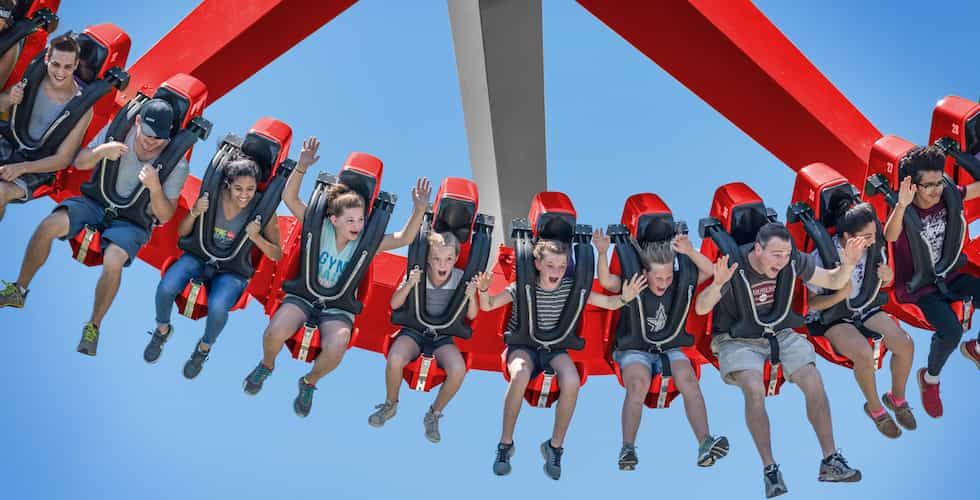 Six Flags Entertainment made huge announcements for updates and additions to their parks coming in 2018.

Six Flags Entertainment Company announced today the most impressive lineup of new roller coasters, rides and other attractions in their 56 years of operation, which will open at Six Flag theme parks all over the country in 2018. 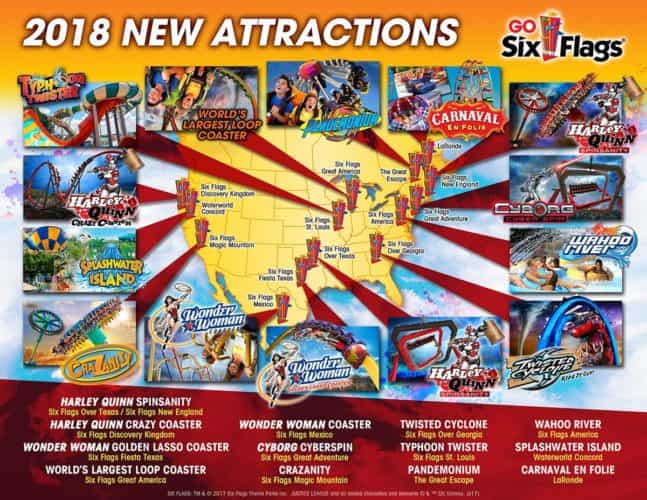 A map of all the new attractions coming to Six Flags parks in 2018.

“This is our most impressive and ambitious new capital rollout ever. Many of the rides and attractions we are introducing next year are ‘world’s firsts’ and record breakers as we deliver fun-packed innovation at the highest level. Innovation is in our DNA and our guests expect and deserve one-of-a-kind experiences when they visit out parks,” said Jim Reid-Anderson, Chairman, President and CEO of Six Flags.

Check out the huge list of announcements for each domestic Six Flags park, La Ronde in Montreal and Six Flags Mexico below:

The fun doesn’t stop there, as this fall will bring Fright Fest to Six Flags parks. Each park will have new zombies roaming the midways and new frights to be found. Back by popular demand this year is Suicide Squad: The Six Flags Fright Fest Experience at Magic Mountain. This section was a hit in 2016, and the DC Universe section of the park will be taken over by the “Worst Heroes Ever” one again.

For more information about new additions to Six Flags parks for 2018, visit SixFlags.com/NewFor2018.