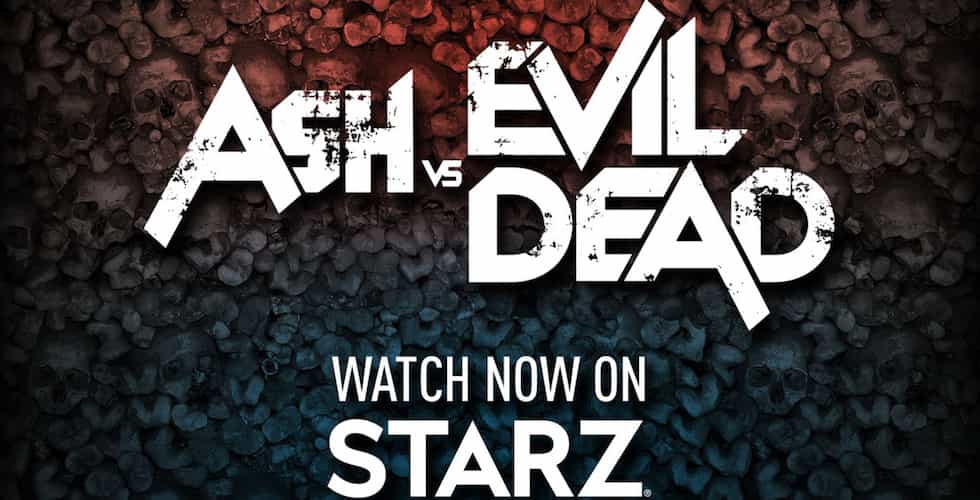 A new house has been announced for this year’s Universal Studios Halloween Horror Nights at Universal Orlando Resort and Universal Studios Hollywood: “Ash vs Evil Dead,” the hit television series from Starz based upon the original “Evil Dead” films.

The “Ash vs. Evil Dead” maze will summon Deadites from all over to the town of Elk Grove, Mich., where guests will encounter the beings, which are people or things possessed by evil demons. Demons, which unfortunately, were unleashed by Ash Williams himself… again.

The Starz original series “Ash vs Evil Dead” is a continuation of the story from the original “Evil Dead,” which has been a cult classic for horror fans since its debut in 1981. Bruce Campbell reprises his role as “Ash Williams” from the film, bringing with him the huge fan base of the original films to the series.

Universal Studios’ Halloween Horror Nights is the ultimate in Halloween events. For over 20 years, guests from all over have visited Universal Orlando Resort and Universal Studios Hollywood to face their fears and live out their favorite horror films, franchises, and even original stories.

Join us for ‘Early Night Live’ at Hogsmeade

if i were in charge i will still have shining, ash versus evil dead, and american horror story then i will put in jigsaw a mashup of purge, insidious, and paranormal activity the original houses will be vengeance of the matriarch dark mansion, hell house, the pestilence, and dungeon of damnation scare zones will be the void, the rage, bazaar of the bizarre, forbidden forest, and reign of the president of evil the icon scare zone. the shows would be 44 sins beast club and of course bill and ted.