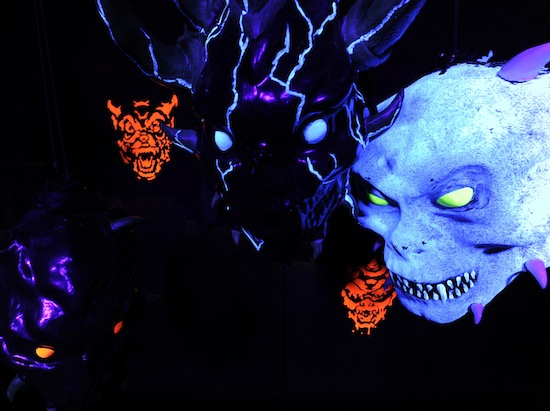 Universal has kicked their Halloween Horror Nights marketing into high gear. They’ve opened an official twitter account, beefed up their Facebook page, started a new game on their website and sent their first package to the media.

Since it’s the 21st Halloween Horror Nights, the theme seems to play off the game of blackjack, or chance. “To wait for luck is the same as waiting for death.” is just one of the quotes posted by Universal.

The photo at the top of the page is a sneak peek at one of the haunted houses at this year’s Halloween Horror Nights 21. It was posted on their Facebook page at facebook.com/halloweenhorrornightsorlando where there’s a special tab for watching all their released videos and photos. The photo is found under a heading called Clues. It’s one of playing cards. The photo was also one of the first Tweets for their new official twitter account at twitter.com/uorhhn. 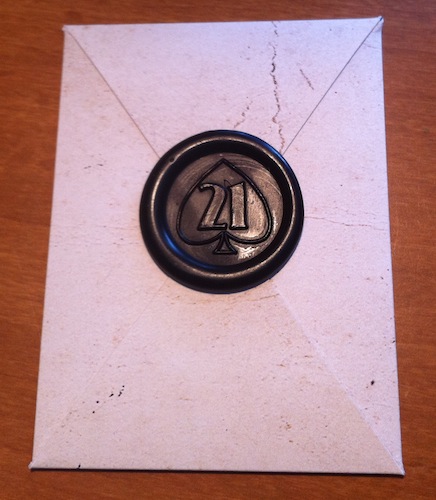 The above small envelope arrived at our office today from Universal. Inside it was … 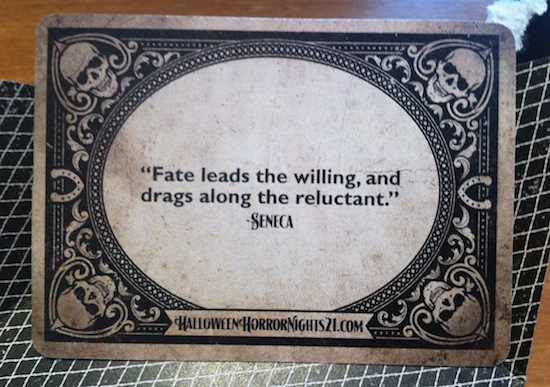 … this playing card sized note. It says “Fate leads the willing, and drags along the reluctant.” 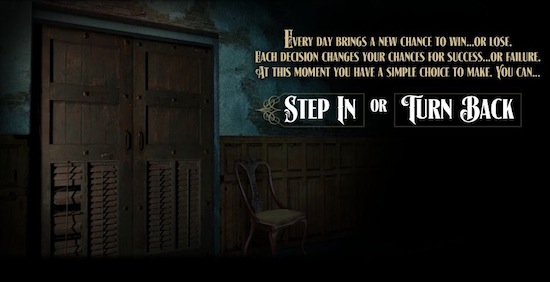 Everything seems to be about choice. Including the new interactive game that’s been launched on the Halloween Horror Nights website at halloweenhorrornights.com/orlando.

The game gives you tokens and a series of choices. Make the right choices, such as answering the right telephone line and you move on. Answer wrong and you lose tokens. Lose all your tokens and you’re banned from playing for an hour. (The game doesn’t work well with the Safari browser. If you normally use Safari, try Firefox.)

One part of the game reveals a tombstone for someone named Lady Elizabeth Hawthorn. Who is she? Lady Luck?

With a theme of chance and games, I’m sure Universal isn’t done playing with us yet. Could they be working on a haunted house that offers branching paths? A choice of doom? Stay tuned.

UPDATE – Aug. 12, 2011
Another card has arrived at our office. This one has a spot of blood and is a bit scratched up. It says, “”A person does not seek luck; luck seeks the person.” – Turkish Proverb. 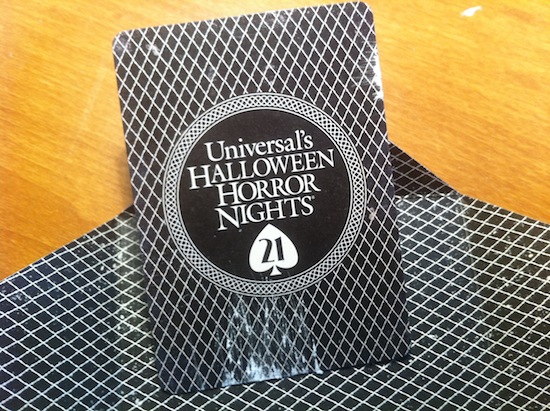 UPDATE – Aug. 30, 2011
In the past couple of weeks, two more cards have arrived, each bloodier than the last. 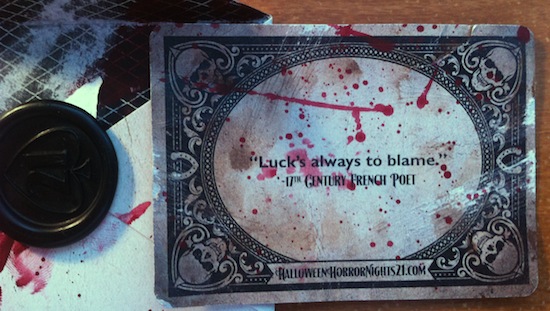 A clip from an upcoming Halloween Horror Nights commercial was posted online showing a lady spinning a tortured guy on a wheel. We assume it was Lady Luck. The video has since been taken down because of copyright (or did Lady Luck have it removed?). But Universal did post this photo of her: 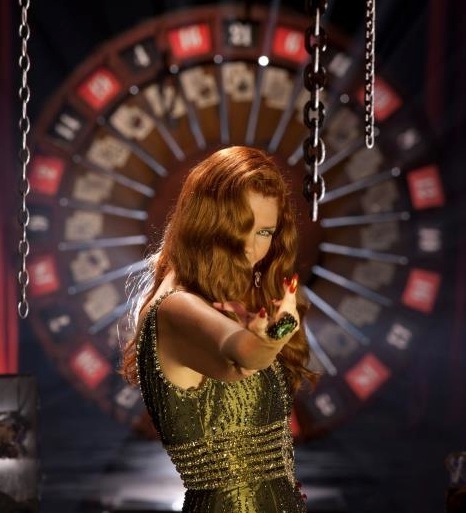 They also released this video:

Then just today, this card arrived: 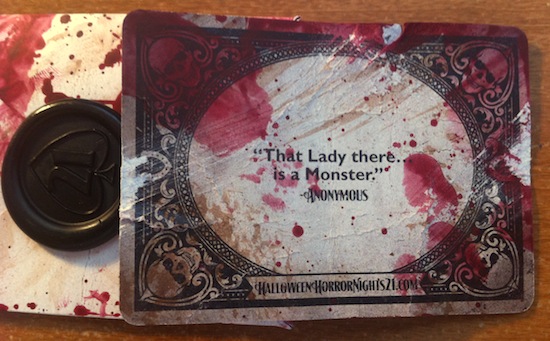 It seems lady Luck is more than just a mean lady. We’ve been promised more information late tonight. Stay tuned, all will soon be revealed!

Reality stars raise money for Give Kids the World

Visit Legoland Florida this month to get...