Haunted houses and scare zones aren’t the only new things at this year’s Halloween Horror Nights at Universal Orlando Resort. This year will bring new snacks and drinks, including offerings inspired by Netflix’s “Stranger Things.” 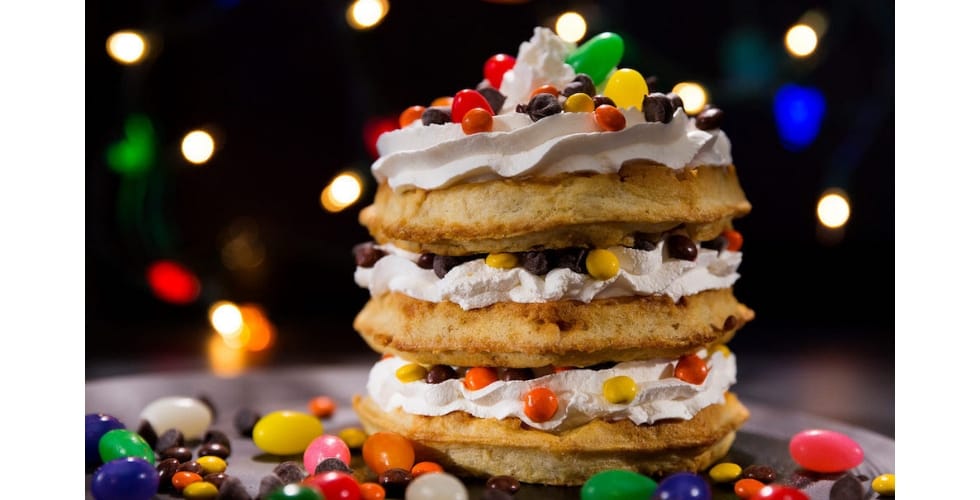 Take a look at all the delicious treats for this year’s HHN at Universal Orlando.

Starting things off as Eleven herself would, guests will have five waffle dishes to choose from: 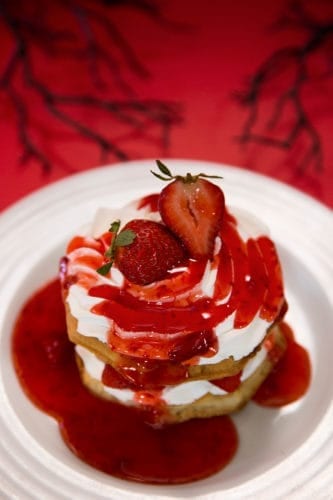 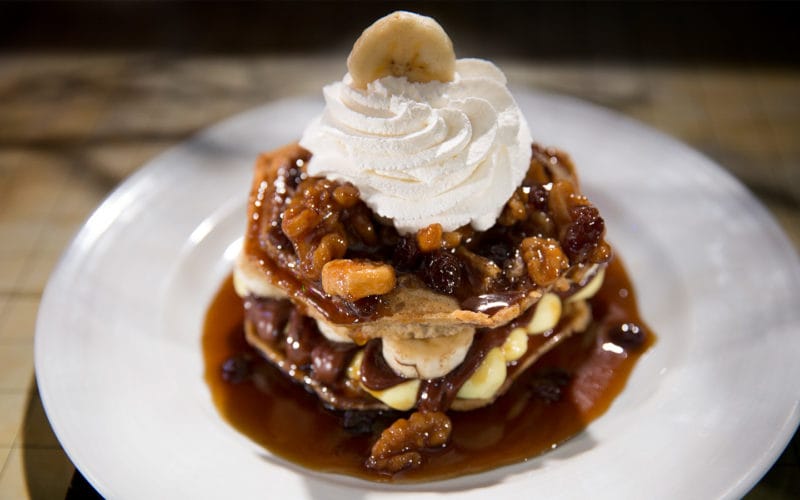 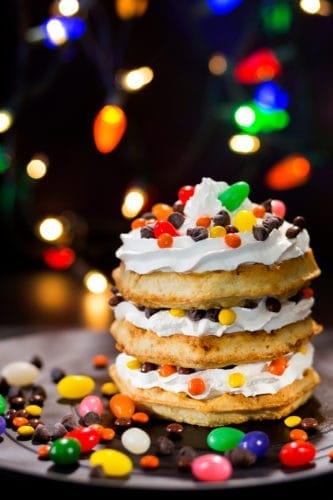 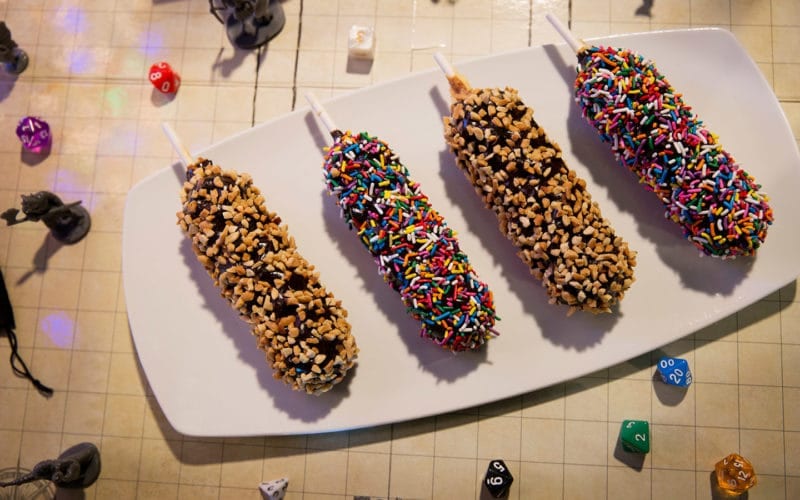 This snack is perfect for when you’re escaping the clutches of the monsters in the streets. These can be topped with peanuts or sprinkles. 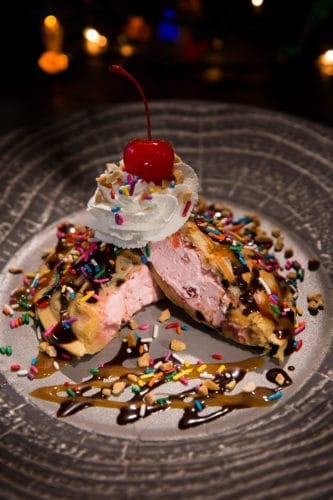 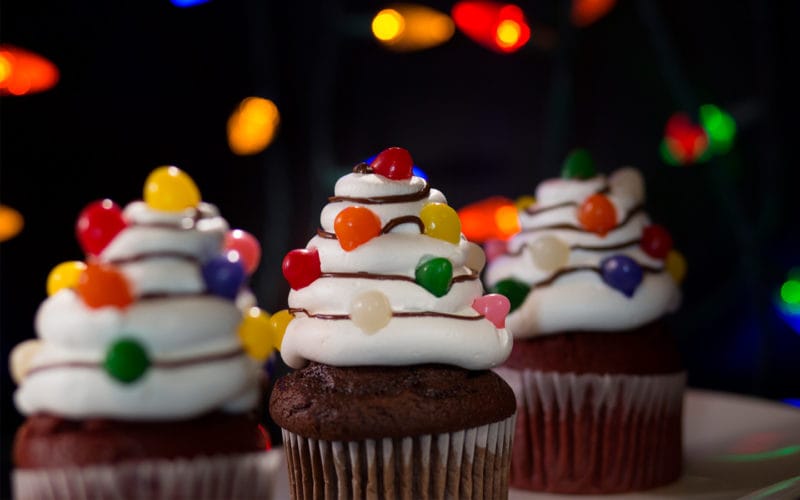 Another new treat inspired by “Stranger Things” is the Christmas Tree Light Cupcake. Both adorable and delicious. 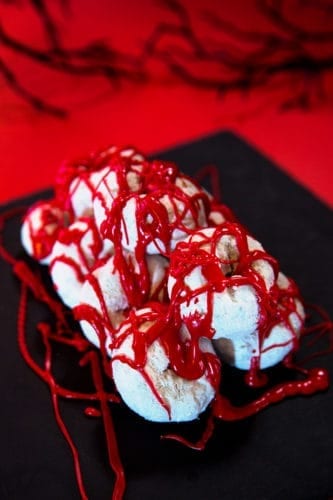 The last addition to the sweets lineup is the 11 Mini Donuts, covered in a red frosting drizzle. Guests can pick from powdered sugar or cinnamon donuts as their snack of choice – or just pick both! 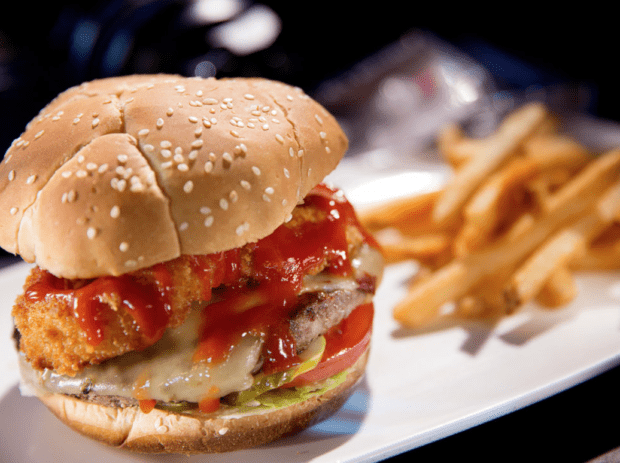 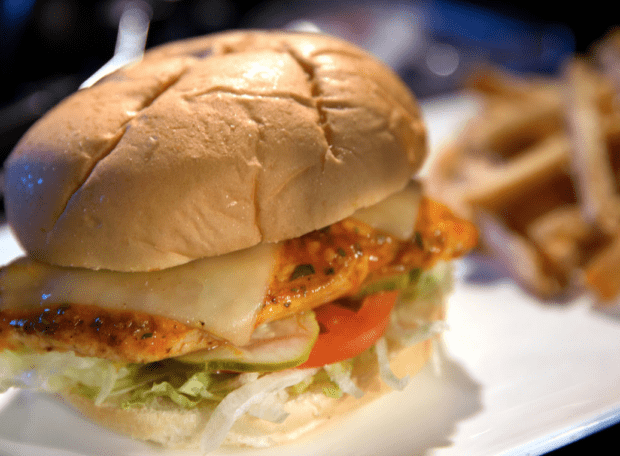 For guests with more of a savory tooth than a sweet one, they can fuel up at Benny’s Burgers, named after the diner in season one of “Stranger Things” in the New York section of the park. There, guests can enjoy cheeseburgers, hamburgers and chicken sandwiches, all served with a side of fries. 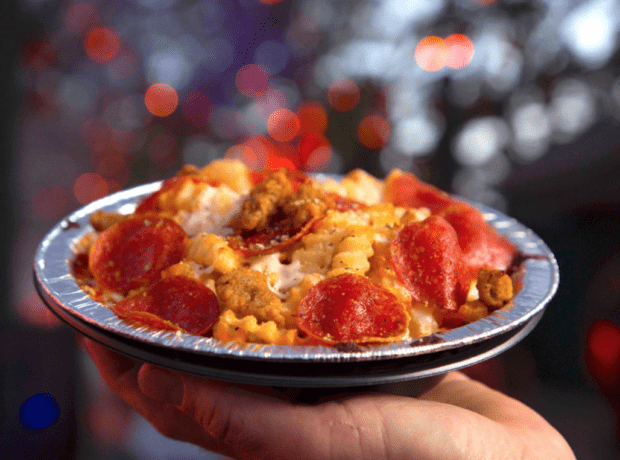 Pizza fries are back, baby!

Other offerings include the Fiery Onion Ring Burger at Mel’s Drive-In, the Chili Garlic Chicken Sandwich at Richter’s in San Francisco, and the epic return of Pizza Fries at KidZone Pizza Company.

You’ll definitely need a refreshing drink to wash down all that food, and this year you can choose from three new signature HHN drinks, which come in a blinking souvenir cup, complete with a twisty straw. 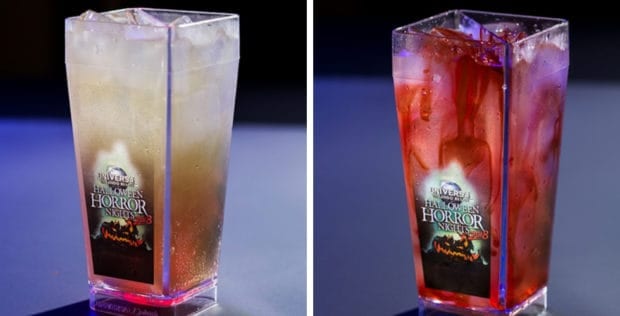 You can find these drinks at the event drink tents set up throughout the streets of Universal Studios Florida. There is also a variety of beer and wine available at the drink tents this year, as well as full bars at Finnegan’s and Chez Alcatraz for mixed drinks.

Two new non-alcoholic frozen drinks will make their debut at the Gramercy Popcorn stand in the New York area: 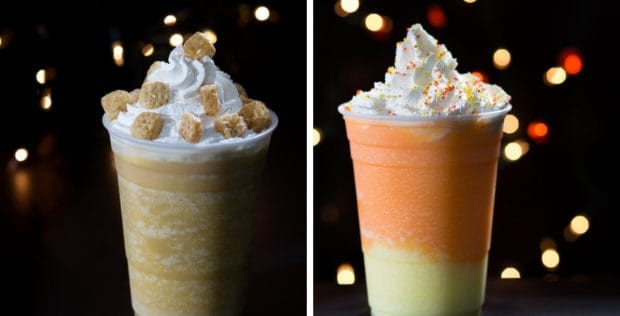 These beverages are available both during the day at Universal Studios Florida in addition to the Halloween Horror Nights festivities at night. New Coke Freestyle flavors will also be available during the event, as well as a variety of drink mugs like the all-new Frequent Fear mug. 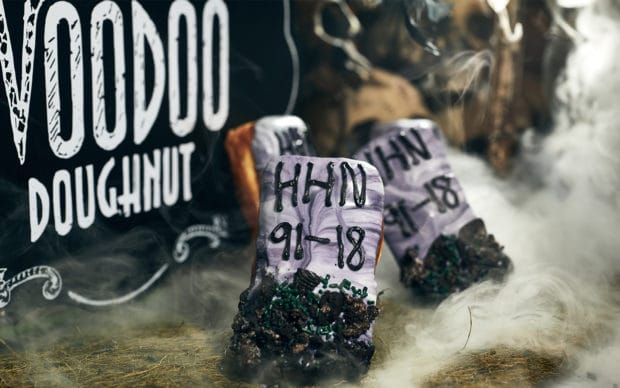 Voodoo Doughnut is even getting in on the fun at Universal CityWalk, with a new Halloween Horror Nights Tombstone doughnut. This yeast-raised doughnut features raspberry Bavarian cream, cookie crumble dirt and green grass sprinkles. UO Annual Passholders can try this doughnut first with a valid ID now through Sept. 13, and AP discounts apply!

Be sure to check out our guide to this year’s Halloween Horror Nights at Universal Orlando Resort here. To learn more about this year’s event, and to purchase tickets, visit Orlando.HalloweenHorrorNights.com.

Expansion Drive podcast – Spider-Man on PS4, Getting Hype For HHN and The Nun Review

Disney On Ice to present ‘Rockin’ Ever...