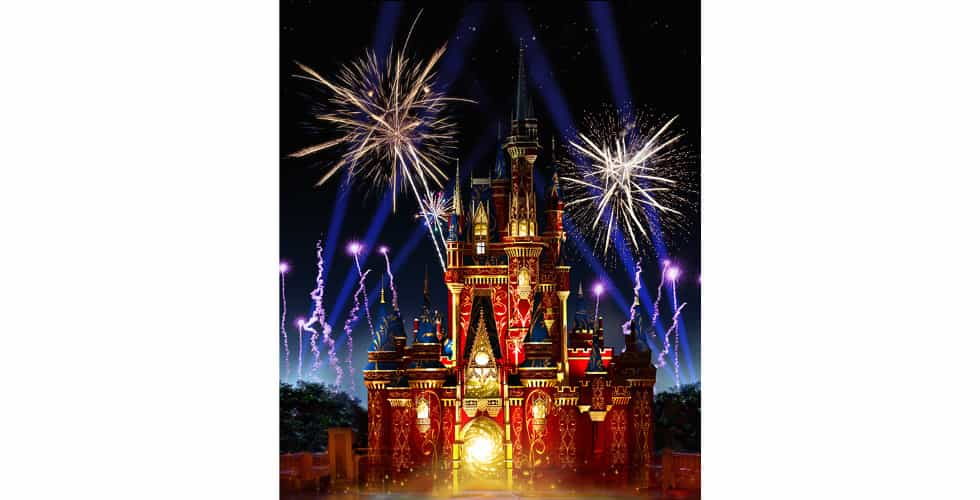 ‘Happily Ever After’ replaces ‘Wishes’ at the Magic Kingdom starting May 12.

One of Walt Disney World’s favorite fireworks shows will “glow away” after May 11, as Wishes has its final performance at the Magic Kingdom to make way for Happily Ever After, a new nighttime spectacular debuting on May 12, 2017.

Happily Ever After is a brand new nighttime show that will combine Disney storytelling, characters, fireworks and more. The new production will premiere at Magic Kingdom Park on May 12.

The show hopes to inspire guests to seek out and find their own “Happily Ever After” by showcasing some of the greatest adventures Disney characters have taken to achieve their dreams. It will feature the latest fireworks and pyrotechnics and original animation, plus an original score. And thanks to the inclusion of projection mapping technology, more Disney characters than ever before will be featured in the show, including moments from “Moana,” “Brave,” “Big Hero 6,” “Zootopia,” “The Princess & The Frog,” “Aladdin” and many others.

The Fireworks Dessert Party at Tomorrowland Terrace will continue to be available as Happily Ever After makes its debut. And don’t worry, Tinker Bell will still fly during the show. The “Once Upon A Time” projection show will also continue to be shown.

Watch this video for a preview of the new show, followed by our full recording of the classic Wishes show with perimeter fireworks and Glow With The Show hats:

'Happily Ever After' Nighttime Spectacular Coming to Magic Kingdom