Harley-Davidson store moves into the West Side of Downtown Disney 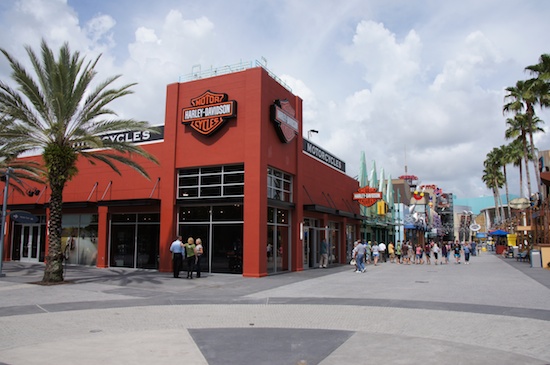 The Harley-Davidson store at Downtown Disney has some new digs. The store has moved into the West Side in the spaces formerly occupied by LittleMissMatched and Mickey’s Grove. In addition to still selling all the items they have always carried, the new location brings some new features. 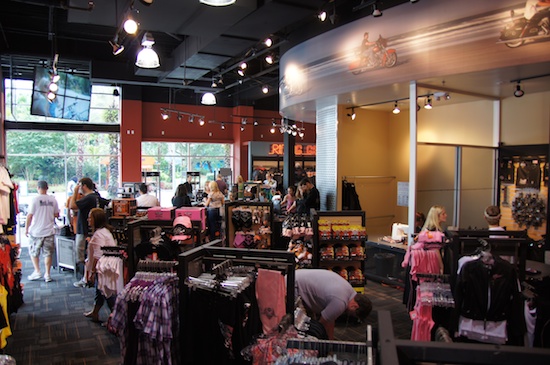 This is just one half of the 3,635-square-foot store, which features the sights and sounds of riding a Harley. Customers won’t hear the usual store soundtrack of chart-toppers and oldies. As soon as they set foot inside, they’ll be greeted by the sounds of the road: the roar of V-twin engines accelerating from 0 to 60 and the signature “potato-potato” for which Harleys are known. 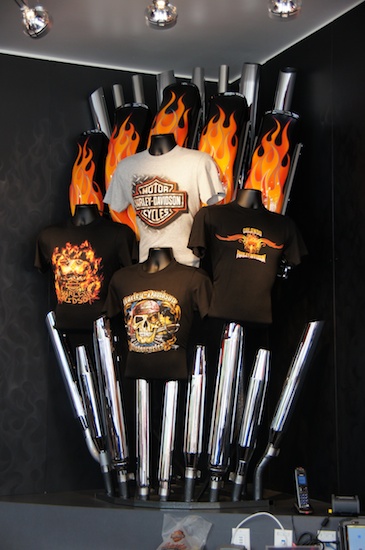 This sculpture behind the main service desk was created by a local artist and consists of Harley-Davidson exhaust pipes. The store sells everything from adult shirts and jackets to baby bibs and dog collars. 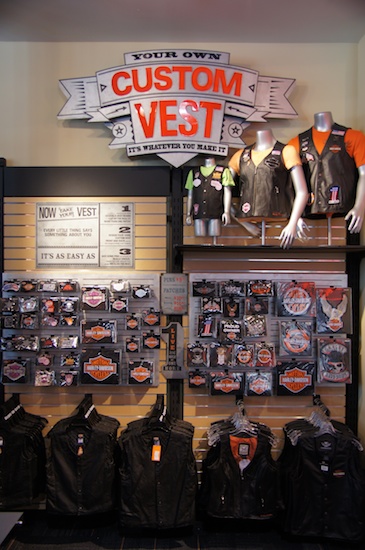 This new feature is a first for any Harley store anywhere. Customers can design their own leather motorcycle vest using Harley-Davidson patches and pins. A seamstress will sew the patches on while you wait. Of course, each patch is an extra cost in addition to the cost of the vest. 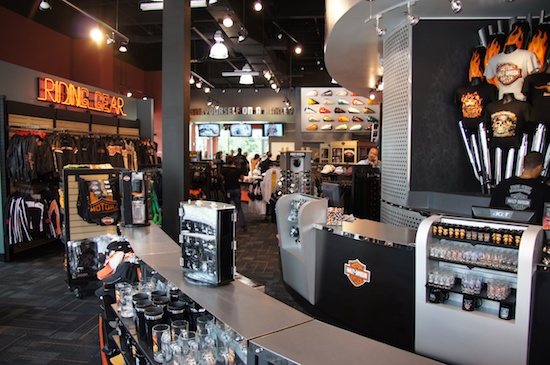 Here’s a look at the other half of the store that takes up the former Mickey’s Grove store. Located high in the front of the store is also a massive LCD/LED screen showing specially made riding footage at local attractions and beaches. 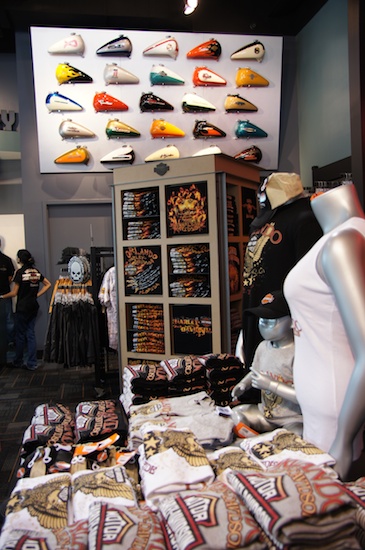 Throughout the motorcycle world, Harley-Davidson bikes are renowned for their intricate design and custom paint jobs. To incorporate this element, local artists Vince Balistreri and Ted Schoonard each designed and painted original sculptures such as these motorcycle tanks. 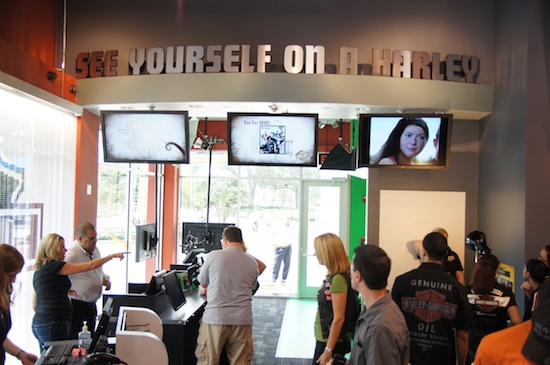 Another first for Harley-Davidson stores can be found in the back of the store – it’s a new interactive area for taking your photo on a Harley. You can pose on a real Harley-Davidson motorcycle and have your choice of backgrounds added. 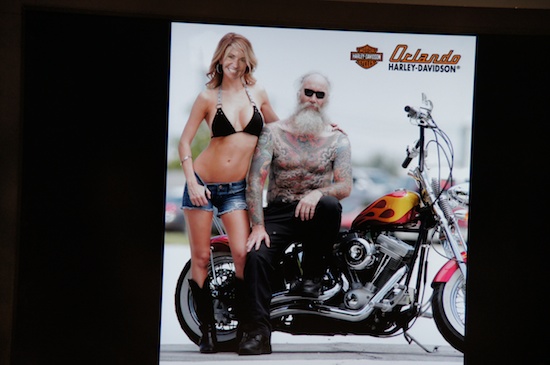 Or you can chose to just have your face placed on the body of someone else posing with a Harley. Who wouldn’t want their photo next to this guy? Don’t worry there are many photos to choose among. Both types of custom photos are for sale starting at $29.95. 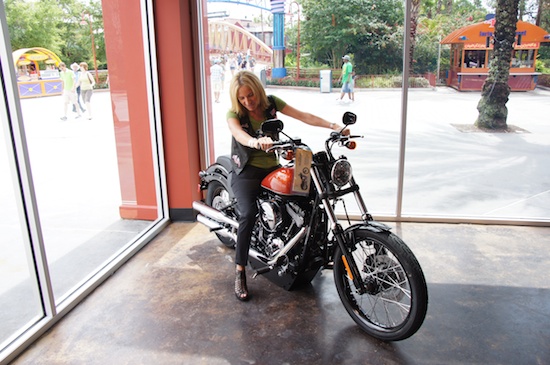 But don’t worry, they still have a Harley-Davidson you can pose with for free in the front window of the store.

The LittleMissMatched store is now located in the Marketplace side. In about a month, a new ladies boutique called Apricot Lane will be opening in the space formerly occupied by Harley-Davidson in Pleasure Island. Pleasure Island is in the process of being transformed into a dining district called Hyperion Wharf. In addition to dining, the new area will also feature some retail shops and entertainment.

• For more from the new store and a tour by one of the owners, be sure to watch Episode 32 of “Orlando Attractions Magazine – The Show”.

Thanks for joining us today! I can’t wait to watch your show on Thursday! Have a wonderful weekend! 🙂