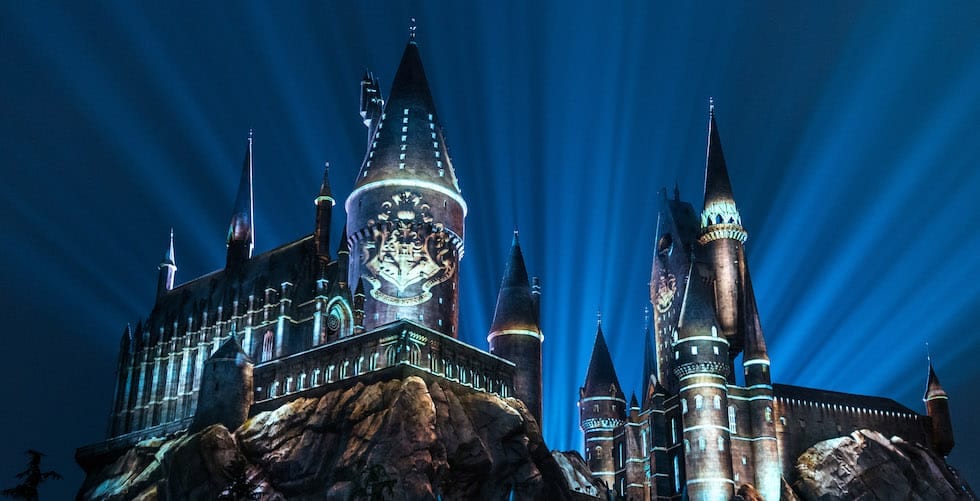 “The Nighttime Lights at Hogwarts Castle” will begin on Jan. 31.

Starting Jan. 31, guests of every Hogwarts house will be able to share their pride with an all-new projection show in the Wizarding World of Harry Potter – “The Nighttime Lights at Hogwarts Castle.”

The show, which will run on select nights throughout 2018, will display state-of-the-art projection mapping, along with special effects and lighting as it envelops Hogwarts Castle.

The new nighttime show will celebrate the four houses: Gryffindor, Slytherin, Hufflepuff and Ravenclaw. It will be the same show that currently runs in the Wizarding World of Harry Potter at Universal Studios Hollywood.

This will be the second projection mapping show to be featured in the Wizarding World of Harry Potter at Universal Orlando Resort, as this past holiday season marked the debut of “The Magic of Christmas at Hogwarts Castle.”

“The Nighttime Lights at Hogwarts Castle” will make its debut at Universal Orlando on Wednesday, Jan. 31, but guests will be able to preview the new show on Jan. 27-28 during “A Celebration of Harry Potter.” The show will run continuously each evening during the event, starting at dusk.

For guests who have purchased A Celebration of Harry Potter vacation package, they will have the chance to be among the first to see the new show during an exclusive preview event on Friday, Jan. 26. You can purchase an event package here.

Currently, “The Nighttime Lights at Hogwarts Castle” will run from Jan. 31 – Feb. 5, and Feb. 7 – Feb. 12. Additional dates will be announced in the future.

For more information on the offerings in the Wizarding World of Harry Potter, visit universalorlando.com. Check out our video of the show at Universal Studios Hollywood below: