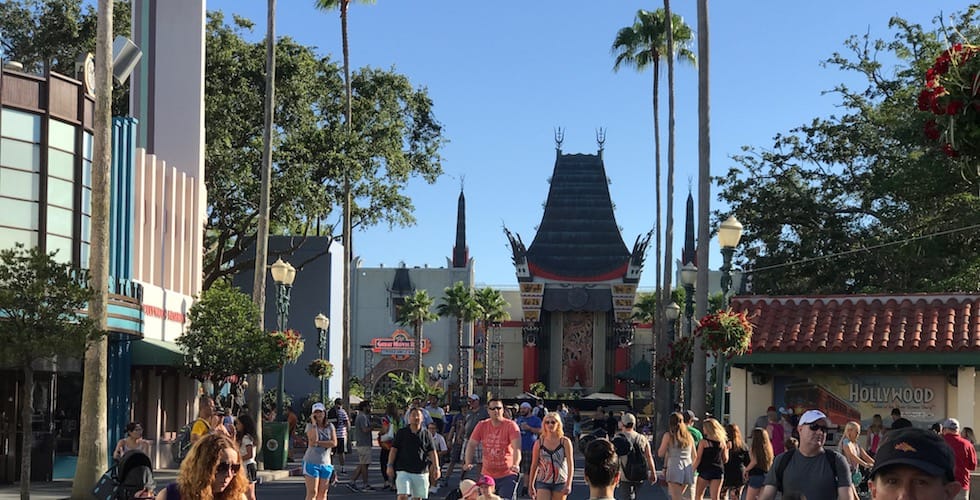 Every great Hollywood blockbuster has an unforgettable soundtrack that helps tell the story. At Disney’s Hollywood Studios, this too rings true. Starting today, Jan. 11, new background music arrangements will debut and help set the tone for your own story.

At the Main Entrance of the park, big band arrangements of classic Disney tunes will be heard, helping you start your day off with a spring in your step. As you enter the park, the music changes to popular songs heard in the 30s and 40s, still in the big band style, as it crescendos upon approaching the Chinese Theater.

Brassy horns will fill the air by Echo Lake, and jazz will be the thing to hear at BaseLine Tap House. Even Rock ’n’ Roller Coaster Starring Aerosmith will get into the groove with the sound of live performances in the ride’s courtyard area.

Full details for the new background music coming to each area include:

Music is just one part of the experience at Disney’s Hollywood Studios, and is one of the first steps the park is taking in its growth to feature more of what today’s Hollywood has to offer.

For more information on Disney’s Hollywood Studios and its offerings, visit disneyworld.com.

Join us for ‘Early Night Live’ at the Magic Kingdom

How can I purchase this music? Is is available to purchase

Disney doesn’t generally make their background music available for purchase, but sometimes you can find them via YouTube.