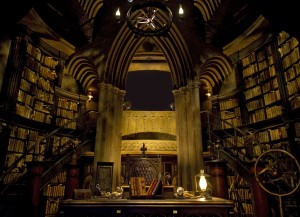 Universal Orlando announced today that the grand opening date of Harry Potter World is June 18, 2010. In addition, they released some more details about the attraction inside Hogwarts, Harry Potter and the Forbidden Journey.

According to the press release, the attraction will start with meeting Harry, Ron, and Hermione who convince riders to skip class and go on an adventure with them involving Floo powder travels, dragon attacks, Quidditch matches, and the Whomping Willow. The queue will be heavily themed with locations such as Dumbledore’s Office where you will see Dumbledore for yourself, a Defense Against the Dark Arts classroom, the Gryffindor common room, the Room of Requirement, and will sight some talking portraits and the sorting hat. 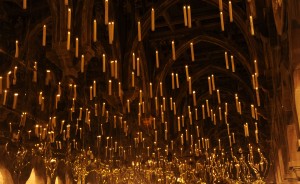 The ride itself will consist of “live-action, advanced robotic technology and innovative filmmaking,” in other words, the long-rumored Kuka arm technology may make an appearance. One interesting tidbit on the Universal Web site: “The full attraction experience, including the queue, takes about an hour.” Whether this means they expect the queue to take 45 minutes or if there is actually an hour’s worth of content is yet to be discovered though.

Photos, video and details from inside Hogwarts and the Harry Potter ride

We could not be any more disappointed. We had to book our flights and pick vacation time and we were quite sure spring would be MARCH APRIL MAY because summer is JUNE JULY AUG. We were so excited thinking we would see Harry Potter on our trip in early May. Is there any chance we will be able to work around and see some of Harry Potter even if we can’t go on rides?

An insider perspective of Rock the Universe...

Dollywood reopens to passholders ahead of official...