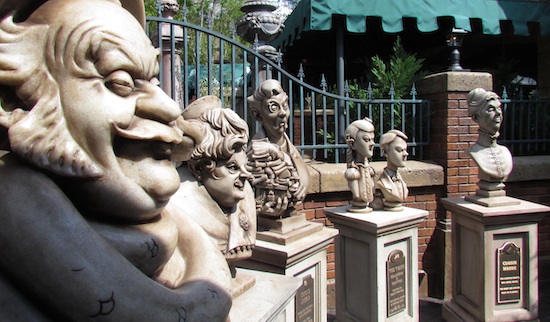 The construction has finally finished and Haunted Mansion’s new interactive queue is in soft opening for guests at Disney’s Magic Kingdom. With a grand opening expected at the end of the month, the queue may or may not be open if you visit before then. But after a few tries, we finally made it in to bring you these photos and video. 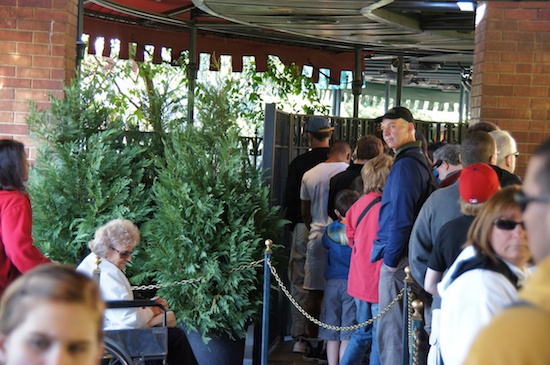 As you walk the line, you’ll have two choices, stay to your right to head directly into the Haunted Mansion, or take the left path for the fun way around. This will take you through the new interactive queue then back into the other line. Another feature of the new queue construction, wheelchair guests can go through the queue and now enter the stretching room. 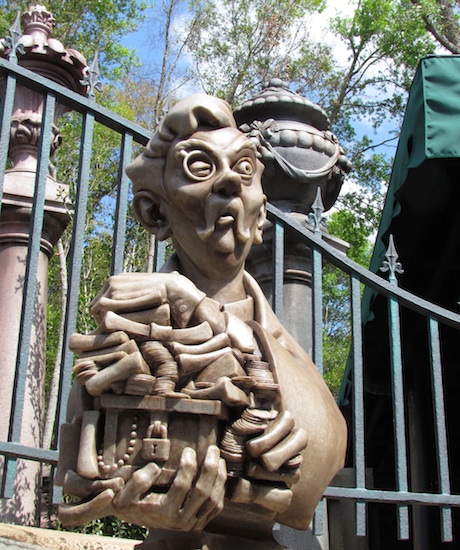 The first thing you’ll pass as you enter the new area are the busts seen in the top photo and here. Right now they don’t do anything, but it’s rumored they may be part of a game when the area fully opens by April 1. 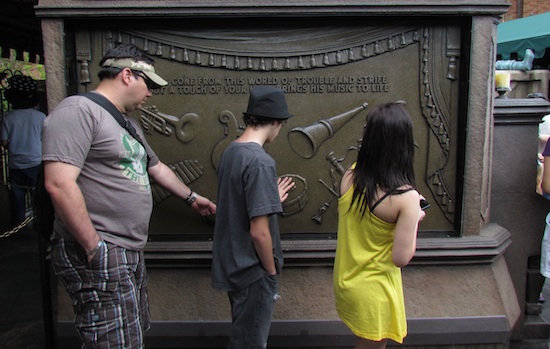 Touch the instruments on the side of this tomb and they’ll play a Haunted Mansion tune. 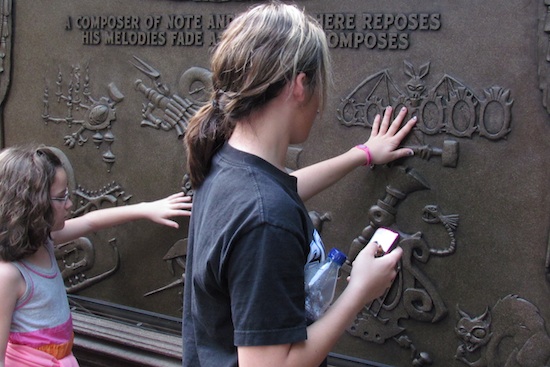 On the other side of the tomb are some evil-looking instruments. Again you can touch them to play a warped version of a song. 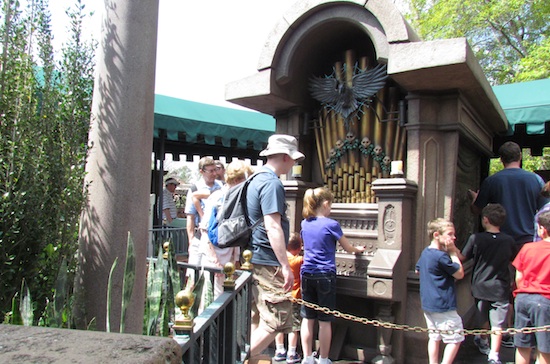 This organ sits at the end of the tomb. Touch its keys to play music – and get hit with water and a blast of air. You’ll notice the name Ravenscroft on the organ. Thurl Ravenscroft was the lead vocalist for the Haunted Mansion song Grim Grinning Ghosts. (He also sang You’re a Mean One, Mr. Grinch.) Many of the names on the tombstones around the area are tributes to Disney Imagineers and others who worked on the attraction. Other names, such as Sea Captain Culpepper Clyne, are from characters inside the Mansion. 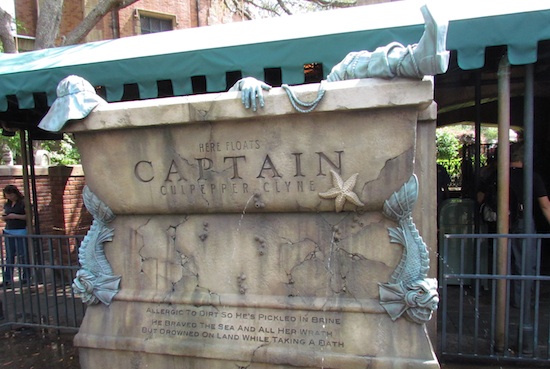 Here’s the Sea Captain’s tomb. It says he died in a bathtub and that’s how you see him here. As you watch and listen to him in the bath, bubbles will sometimes rise out of the tub. Wwatch out if he’s about to sneeze. 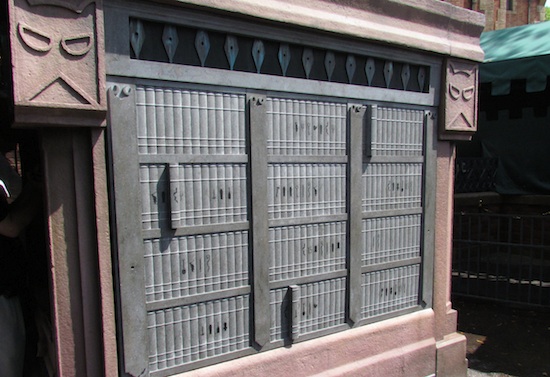 The books on this two-sided tomb slide in and out by themselves. Push a book back in and more will pop out. There are also symbols on some books that seem to be part of some sort of puzzle. What do the symbols mean? 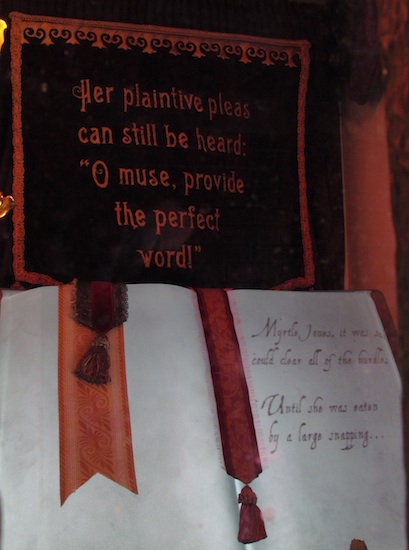 This book is behind glass at the end of the bookshelves as part of Poetess Prudence Pock’s tomb. You can hear Prudence reading her poems and see her animated writing on the book, but she can’t figure out the last word. She asks you, her muse, to help her figure it out. Then she goes on to another poem. 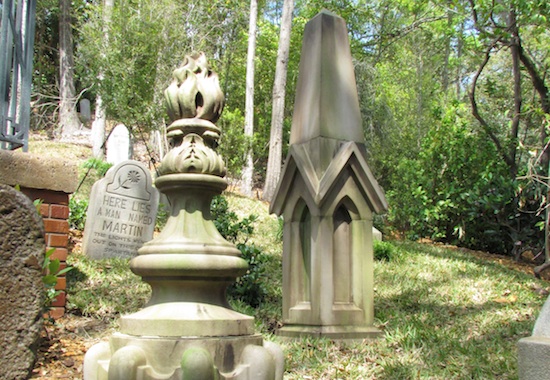 Up on the hill in the back are some more gravestones. For now they’re just to look at, but it’s speculated they could be part of a puzzle. 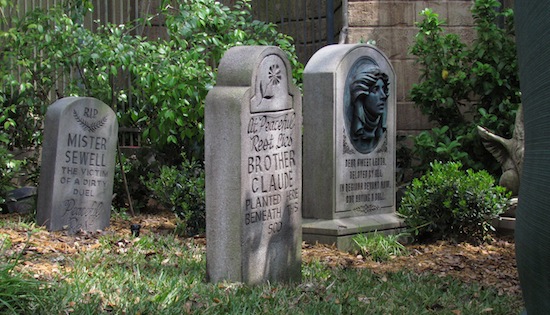 These tombstones are back in their original location near the entrance to the Haunted Mansion. For now they’re still behind a construction scrim and Madame Leota’s eyes aren’t opening and closing. But I’m sure they’ll have it working by the time the scrim comes down.

And here’s a video by Disney featuring Imagineering show producer Eric Goodman and show designer and art director Pete Carsillo talking about some of the things to look out for in the new queue:

Video of the new Tronorail at Walt...