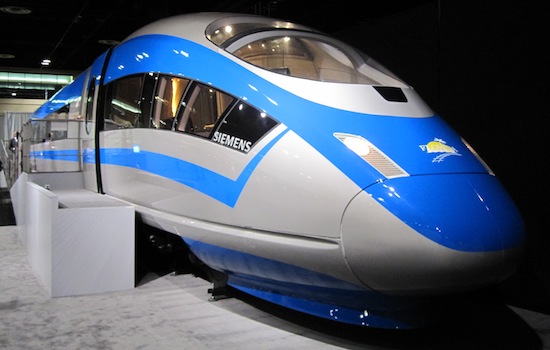 Plans are in progress for a 220 mph high speed rail in Florida. The first segment from Orlando to Tampa is expected to be completed in 2014, with Miami to Orlando to follow. With proposed stops at the Orlando airport, the Orange County Convention Center and Walt Disney World, this will mean a new choice for tourists. Some exhibits were recently on display at the Orange County Convention Center.

A high speed rail line has been proposed between Tampa and Orlando since 1975, and transportation planners continually look for ways to help reduce the cost.

For example, when lanes were added to I-4 several years ago between Disney and Tampa, they also widened the median so a high speed rail could be built without a need to widen I-4 again. Several years ago, Disney pledged to donate some of its land for a station near the ESPN Wide World of Sports. 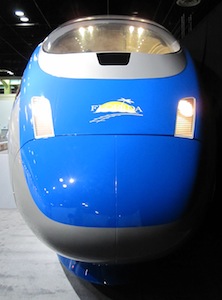 The focal point of the exhibits at the convention center was a full-scale model of a train that might be on the rails in Florida. The model had two cars and showed examples of everything you would expect to find on the train (except the restrooms, because those would be way too tempting for people to try out).

Each car had multiple versions of seating – seats with tables, commuter train type of seating, first-class lounge seating and different kinds of fabrics. There also was demo kitchen facility, with a coffee machine.

The proposed convention center stop would be convenient for vacationers staying in the I-Drive area. Of course many Disney fans could take the train from the airport to Disney World, where presumably, Disney buses would be ready to take guests to their hotels.

For theme park fans, this would also be a quick way to get to Busch Gardens in Tampa. It’s also easy to see how our guests from Europe, where rail travel is very common, could find a cheaper flight to Tampa and take the train to Orlando for holiday.

Many aspects of the rail system were shown in the displays:
• How signaling works
• How they keep track of where the trains are in the system
• How motors are in each train for more efficient energy use (similar to the Disney monorail system)
• Maps of other high speed rail systems planned or in progress

Here’s a video and some more photos showing more of the exhibit. 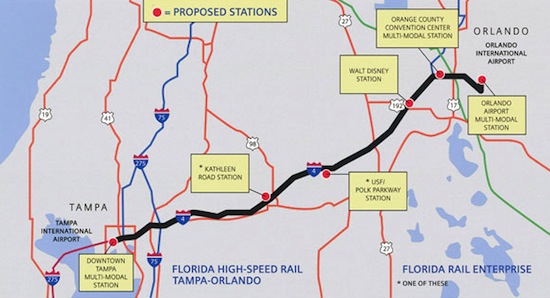 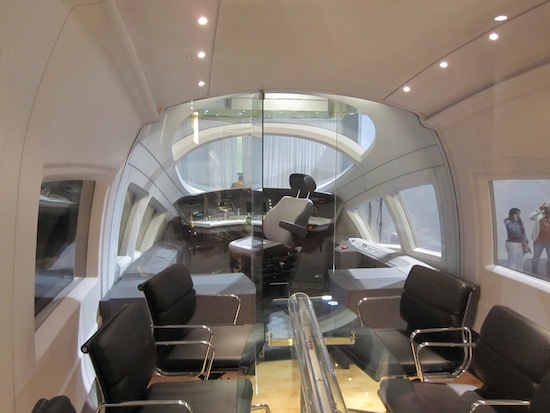 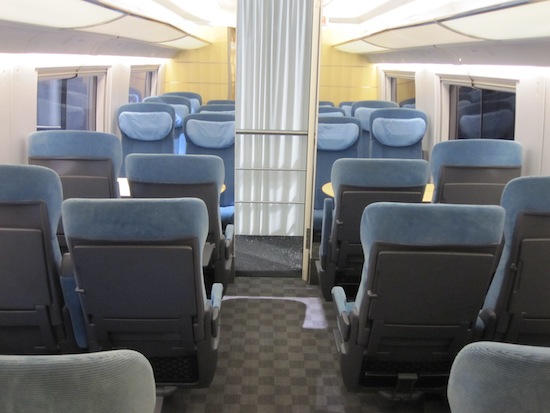 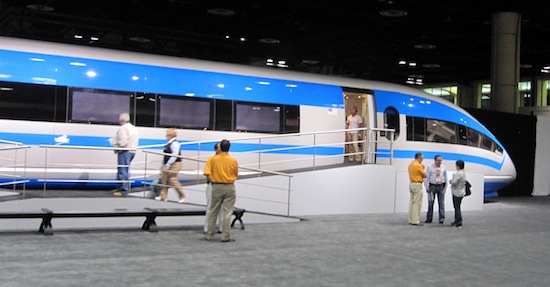 Sadly, with Rick Scott being elected governor in Florida we find he is an opponent of high speed rail. There is going to be a fight to keep this vital project going.

Colaboy, I don’t follow Florida politics all that close but I think the funds were specifically given to the state for high speed rail, so the governor really couldn’t curtail them. The Orlando to Tampa line seems certain…maybe the governor could stop the project from expanding farther, however.

Does anyone know what the expected travel time is from Downtown Tampa to Walt Disney World? Is it going to be any quicker than just driving an hour and a half? I’d imagine the stops negate any time saved by driving 200 MPH instead of 70 on I4.

Here is info on this:

This was before the election, of course.

And Senator Bil Nelson asking Scott not to reject the $2B federal stimulus.

It’s sad to say, but if your state’s govonor is against the project he or she can cause a lot of problems for it.

I think it´s very good. You can sees that we Germans are very silly we don’t want a Highspeed Railway, but Americans are so much better nobody wants to strike.

I imagine travel time would be about 30 min (including stops). Thats a heck of a lot better than driving 2 or 3 hours in traffic. They need to add a stop for Busch Gardens, Seaworld/Aquatica/Discovery Cove & Universal Studios (with shuttle service to each of the parks).

Win a chance to experience every Orlando...