“Fast & Furious” fans everywhere are getting hyped for the next phase of this blockbuster franchise with the first trailer for spinoff film “Hobbs & Shaw.” 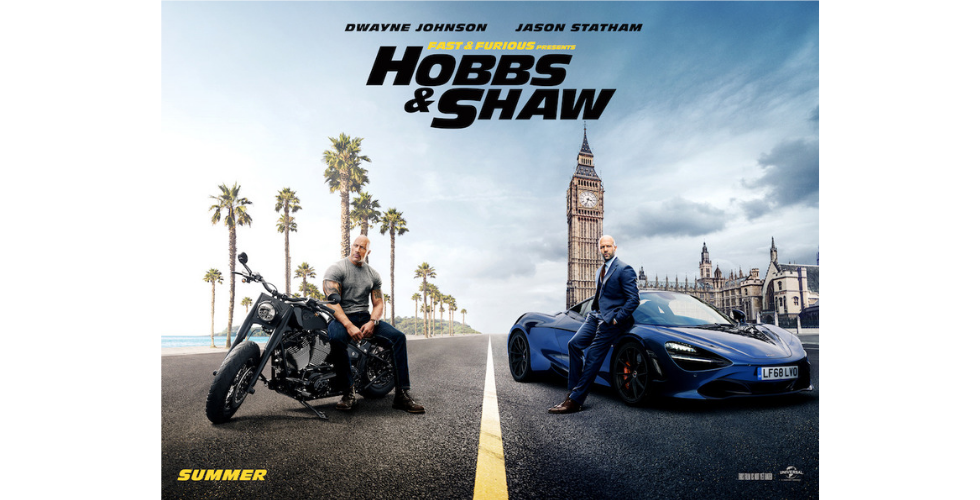 Check out the new trailer for the first spinoff film in the “Fast & Furious” franchise.

After eight films that have earned nearly $5 billion worldwide, “Hobbs & Shaw” will be the franchise’s first stand-alone film, in which Dwayne Johnson and Jason Statham reprise their roles as Luke Hobbs and Deckard Shaw.

Ever since lawman Hobbs (Johnson), an agent of America’s Diplomatic Security Service, and lawless Shaw (Statham), a former British military elite operative, first went head-to-head in 2015’s “Furious 7,” the two have talked smack and traded blows as they’ve tried to take each other down.

When cyber-genetically enhanced anarchist Brixton (Idris Elba) takes control of a bio-threat that could alter humanity forever – and gets the best of a rogue MI6 agent (Vanessa Kirby) who happens to be Shaw’s sister – these two enemies will have to team up to bring down the one bad guy who might just be worse than them.

Directed by David Leitch (“Deadpool 2”) and written by “Fast & Furious” narrative veteran Chris Morgan, this film will speed into theaters on Aug. 2, 2019.

Check out the official trailer for “Fast & Furious Presents: Hobbs & Shaw,” and see Hobbs in our video of the Fast & Furious – Supercharged attraction at Universal Studios Hollywood below:

Electroland at Disneyland Paris to feature jungle theme for 2019