My family and I spent a few hours at Disney’s Hollywood Studios yesterday. I didn’t see many new things to take pictures of, but here’s what I found interesting. 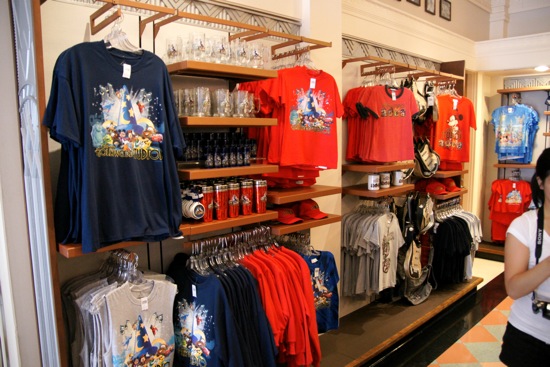 When the name first changed to Hollywood Studios earlier this year, there wasn’t much merchandise to be found with the new logo. That’s now changed. 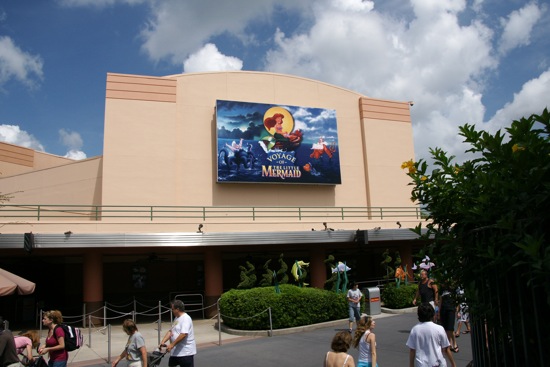 During my last few visits this Little Mermaid sign didn’t have her in it. It was just empty in the middle. Now they’ve painted her back in. 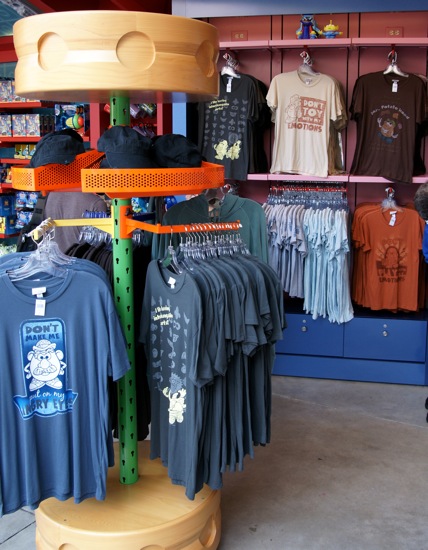 The shop across from Toy Story Mania has quite a few new Mr. Potato Head T-shirts. But they were out of the Pixar T-shirt I’d been wanting. 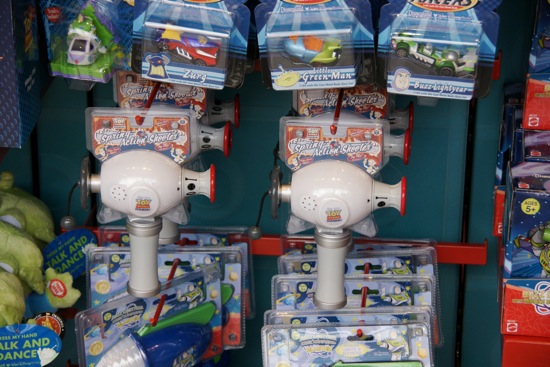 The store also now has these toy shooters just like on the ride. They also have keychain versions available. 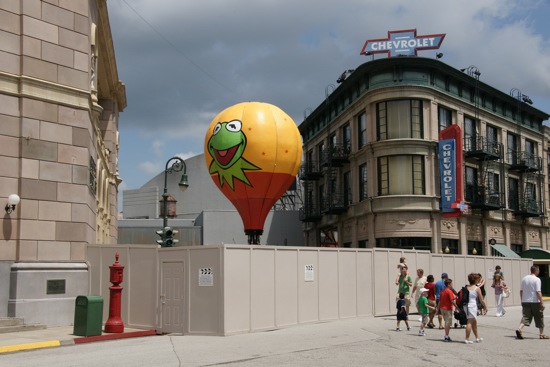 The Muppet balloon has been down for a while. It looks like it’s getting close to being ready to go back up after its repaint. 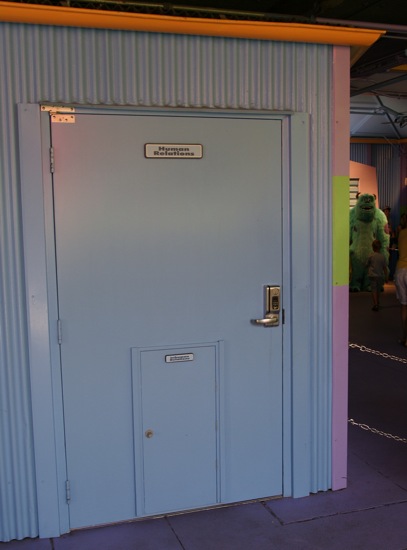 The Monsters Inc. meet and greet area has lots of details to check out. Here’s the door they use to enter and exit. The top sign says Human Relations and the small door says Inhuman Relations. 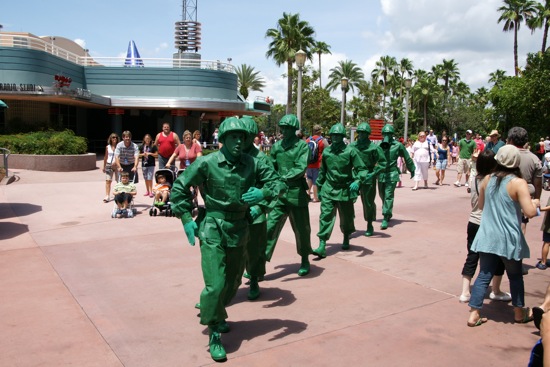 I saw the Green Army Men marching through the park. I noticed you can see these Army Men’s faces instead of them just being blank.

Here’s a look at the Army Men with blank faces. 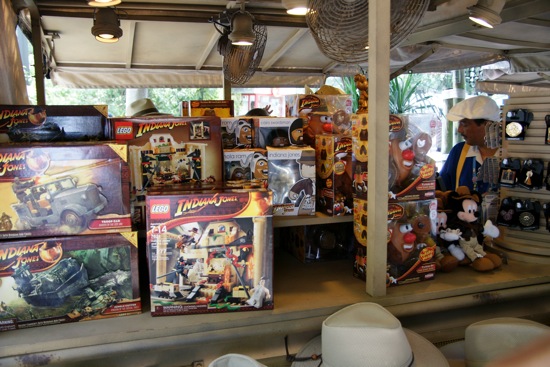 The Indiana Jones merchandise has increased since the movie came out. 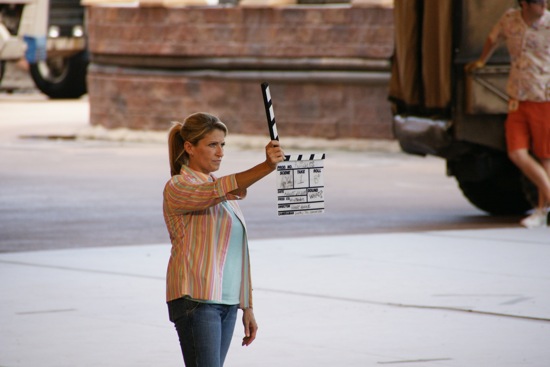 It’s fun to read the clapperboard in the Indiana Jones stunt show. But unless you’re sitting really close, you can’t see it. 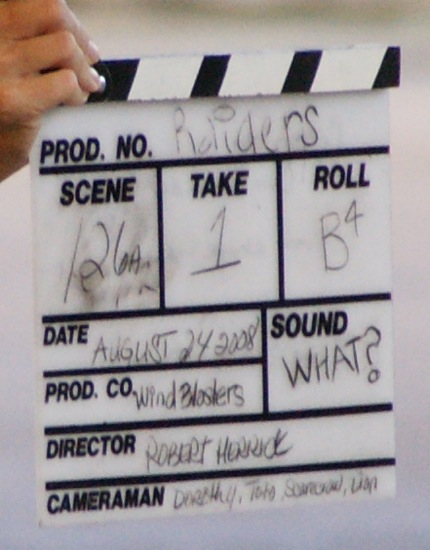 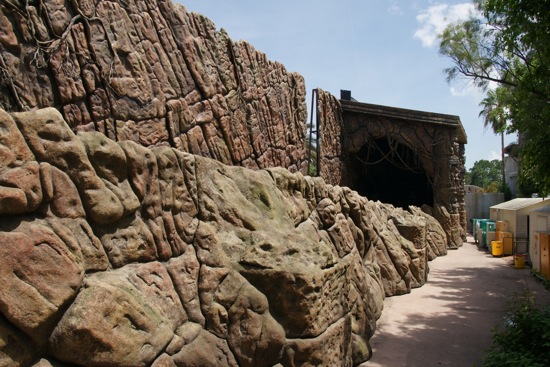 For a close-up look at the rolling ball set, exit the theater using the bottom right exit. 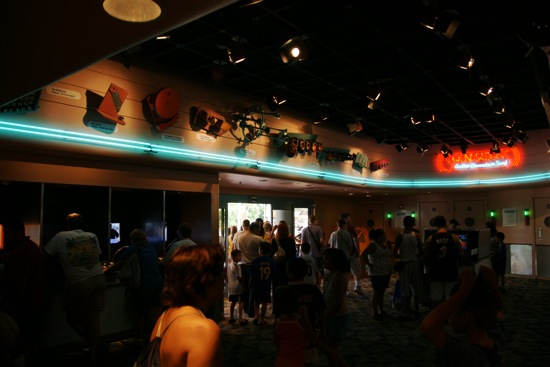 It’s been so long since I visited Sounds Dangerous, that I forgot there was a post show. There are some fun activities here and the sound booths are cool in more ways than one. 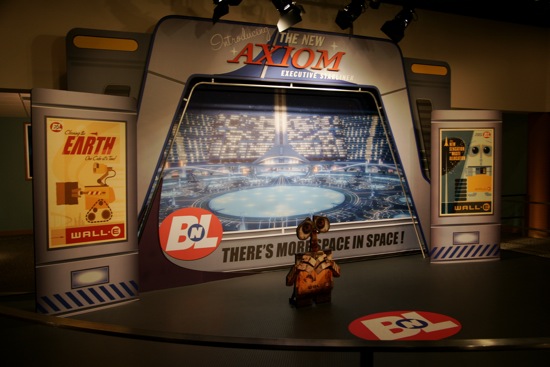 It’s still just a wooden Wall-E in the Animation Building. I recently heard that Wall-E isn’t going to be coming to Disneyland. I’m assuming he’s probably not going to show up here either. 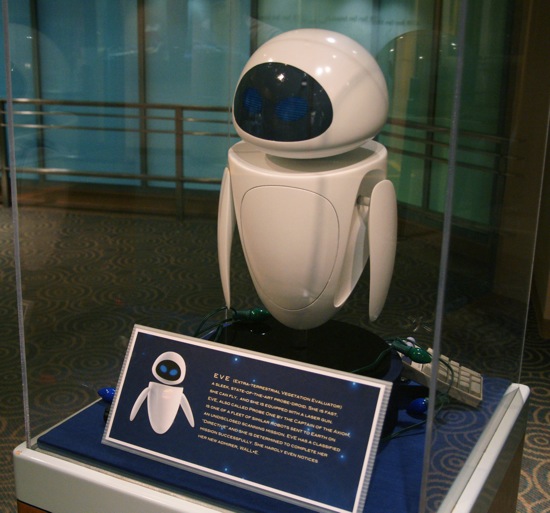 When I visit the Animation Building, I usually enter through the gift shop. By doing so, I realized I missed the Wall-E things on display. This is a cool looking (life-size?) Eve. I wish it lit up.