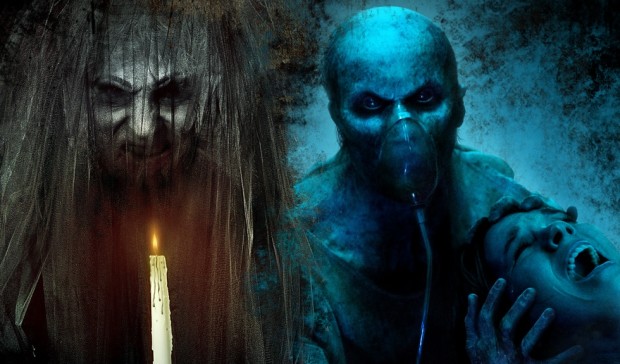 Universal Orlando has revealed the second of nine houses coming to Halloween Horror Nights 25, bringing the Insidious trilogy to life.

Universal Orlando and Universal Studios Hollywood are teaming up with Focus Features and Sony Pictures Home Entertainment to create all-new mazes based on the chilling Insidious film franchise.

At both Universal Studios Hollywood and Universal Orlando, event goers will be transported into some of the most sinister scenes from all three films in the Insidious franchise. Guests will investigate unexplained phenomena in the Lambert family’s eerie Victorian home and find themselves at the ghastly séance that unleashes chaos and horror. They’ll journey into “The Further” – a supernatural realm that houses tormented spirits – and face deadly ghosts and demons like the Woman in Black and Red-Faced Demon who will stop at nothing to infiltrate the world of the living.