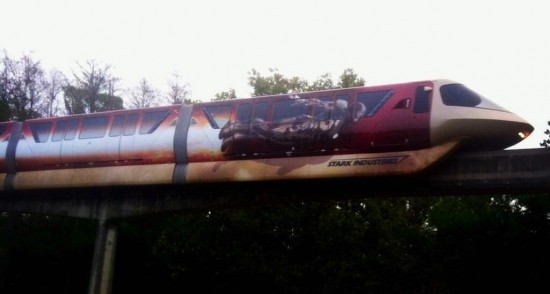 The first monorail to be used for a movie promotion was the Tronorail in 2010 for Disney’s Tron Legacy movie, then last year was the debut of an Avengers monorail. Both those are now gone but Monorail Black at Walt Disney World has been given a makeover. Set to debut any day now, the front is painted gold and Iron Man is flying down the sides in promotion of the new Iron Man 3 movie.

Twitter member @WDWMickeyHunter happened to be driving by the Magic Kingdom this morning when the new Iron Man 3 monorail was out testing and snapped these photos. 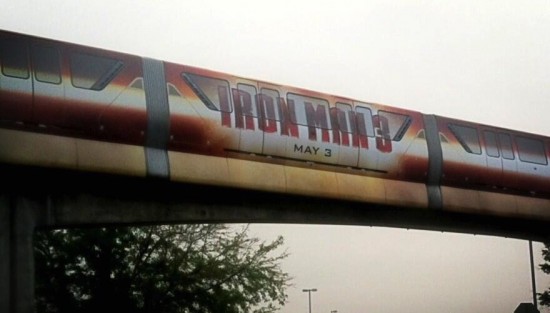 The Stark Industries monorail is expected to take guests between Magic Kingdom and the Ticket and Transportation center due to restrictions with Universal Orlando Resort. Marvel is owned by Disney, but Universal has exclusive rights to use certain characters inside the East Coast theme parks. The Epcot monorail makes a loop inside Epcot.

UPDATE: The Iron Manorail has made its debut. Here’s a video: 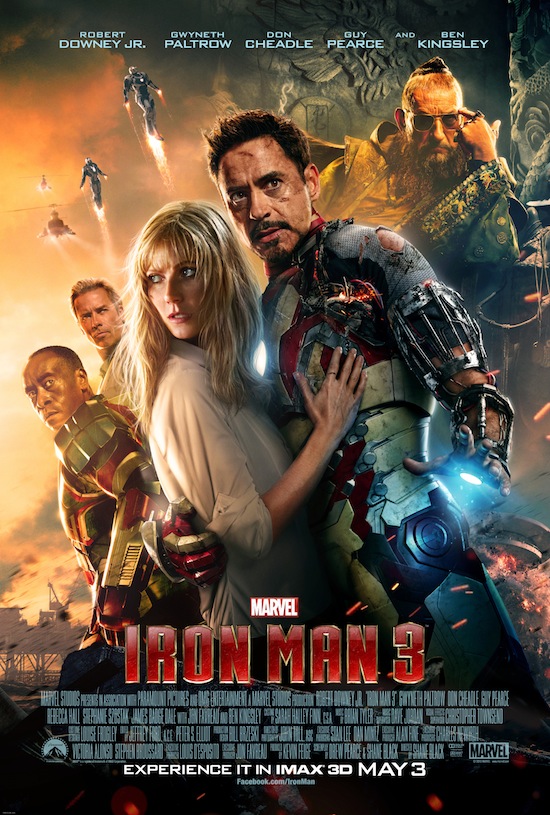 Looking good, thanks so much for posting this.