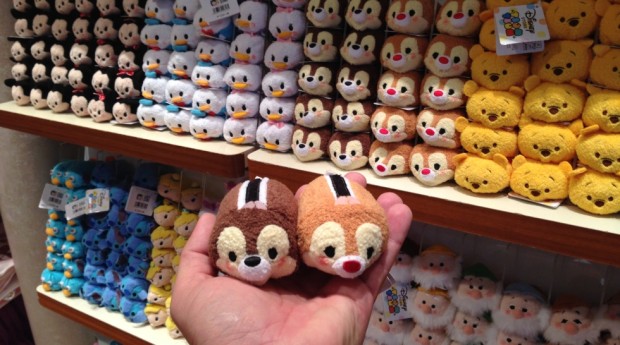 A Disney character-themed game and toy line which has been a major hit in Japan, has now reached the states. The mobile app called “Disney Tsum Tsum” is now available, along with Tsum Tsum stackable soft toys at Disney Stores and various Walt Disney World locations. 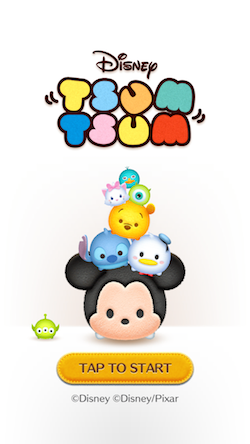 The app, published by LINE, has reached the number one free app spot on both iOS and Android in Japan and has been downloaded more than 14 million times. Coinciding with the global launch of the app, Disney Store has introduced more than 30 different stackable ‘Tsum Tsum’ toys on DisneyStore.com, in select store locations in North America, and at World of Disney at Downtown Disney.

“Disney Tsum Tsum has quickly become a phenomenon in Japan, and we are very excited about the Japan-originated franchise now going global,” said Paul Candland, president, The Walt Disney Company (Japan) Ltd. “Disney Tsum Tsum is both a physical product and a digital game, allowing our guests to enjoy a multi-dimensional experience. We are hopeful that the Disney Tsum Tsum franchise will be loved and enjoyed by our guests around the world.”

“Disney Japan has created some of our most successful and popular digital products and Disney Interactive is proud to be working closely with the team to extend their success globally,” said Jimmy Pitaro, president, Disney Interactive. “This is one of the first times that Disney has introduced a distinctly Japanese product to a global audience, and Disney Tsum Tsum offers our guests a unique combination of quality characters, compelling game play and an engaging social experience.”

In addition to the mobile app, a wide range of Tsum Tsum soft toys based on Disney characters, from Mickey Mouse to Winnie the Pooh, are now available with additional characters rolling out in the fall. The stackable Tsum Tsum toys have the added functionality of a screen cleaner material on their stomachs and come in three different sizes: large ($24.95), medium ($12.95) and mini ($4.95). In Orlando, confirmed locations selling Tsum Tsum’s are the Disney Store at The Florida Mall, plus Once Upon A Toy and World of Disney at Downtown Disney.

“Since the Tsum Tsum plush line debuted at Disney Store in Japan nine months ago, more than 1.6 million units have been sold,” said Paul Gainer, EVP, Disney Retail. “We believe the popularity of this line in Japan is something that can be replicated globally given their fun and collectible nature.”

Disney Tsum Tsum is now available for free on the App Store and Google Play.