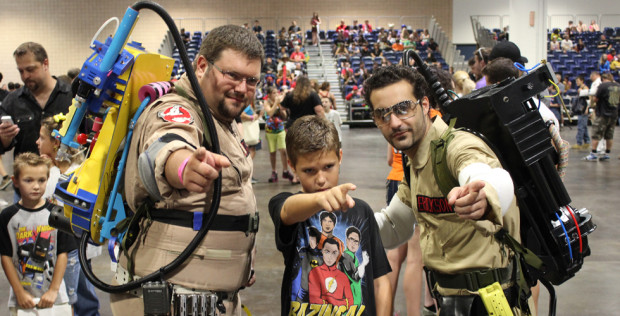 Tampa Bay Comic Con 2014 brought together legions of comic book, television and anime fans this past weekend at the Tampa Convention Center. We were on hand to capture the excitement as over 50,000 visitors flocked to the convention’s third year.

The main focus of the convention are the celebrity and comic artists that take part in autograph signings, photo opportunities and panel discussions. Some of the celebrity appearances this year included: Evan Peters (American Horror Story), Marc Summers (Double Dare), Richard Madden (Game of Thrones), Pedro Pascal (Game of Thrones) and John Rhys-Davis (The Lord of the Rings & Indiana Jones).

The convention is also known for the massive show floor featuring rows of booths with comics, toys, posters, art, and collectibles for sale. This year, there were also multiple photo ops for charity with some famous movie and television vehicles.

We attended the convention on Saturday and brought back some photos highlighting the creative costumes, celebrity autograph signings and more:

Visit tampabaycomiccon.com for information about next year’s show when it becomes available.