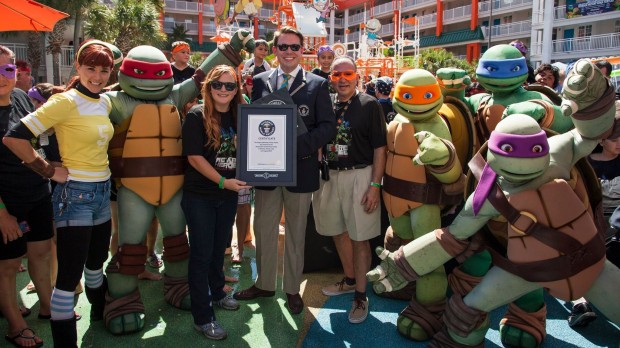 A Guinness World Record was broken this past weekend at the Nickelodeon Suites Resort as over 1,000 people gathered in Teenage Mutant Ninja Turtles outfits.

The previous record for most people in one places dressed as Teenage Mutant Ninja Turtles was 836 people at The Mall of America, set on March 17, 2012. On August 9, 2014, the Nick Hotel held an event to beat that record. They succeeded with 1,394 people gathered in and around their Lagoon Pool.

Guests who attended the event received a free TMNT shirt and one of four colored masks to wear as part of the official Guinness count. A representative from Guinness World Records was on hand to confirm the new world record. Afterwards, guests were treated to a mass sliming in celebration. 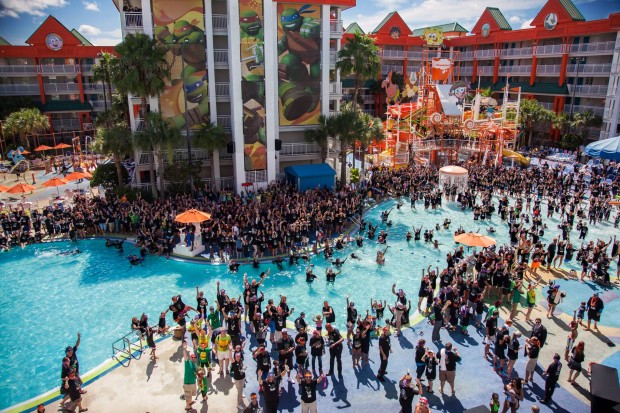 See some highlights from the event in our video below:

PARKsaver: SeaWorld’s Fun Card is back, plus...