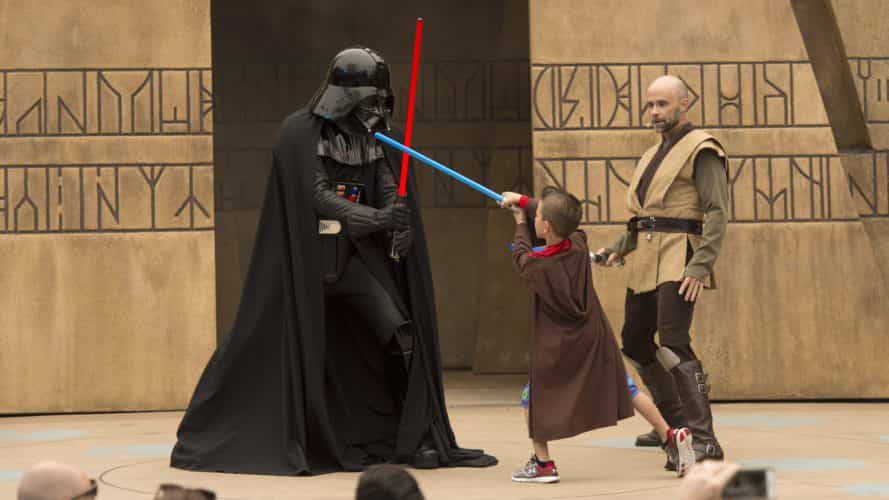 After previous updates in 2015 and 2016, the Jedi Training: Trials of the Temple show has received more changes. Younglings brave enough to sign up for Jedi Training: Trials of the Temple are guided to the site of a secret and ancient Jedi temple. There, they learn how to use special training lightsabers to face villains such as Darth Vader and discover if they have the makings of a true Jedi.

The current version of the show takes out much of the backstory between Jedi Master Vanzell and Jedi Apprentice Nedriss, opting to more quickly get to the training of the students participating in the show. The biggest change comes from the removal of the Seventh Sister and moving Kylo Ren from the end of the show to her spot during the trial with the students. This is the first official appearance of Darth Vader and Kylo Ren together, although in this storyline, they’re not really there, but just a representation of the Jedi’s fears.

Those who want to see the previous version of the show in different forms can watch our videos below.