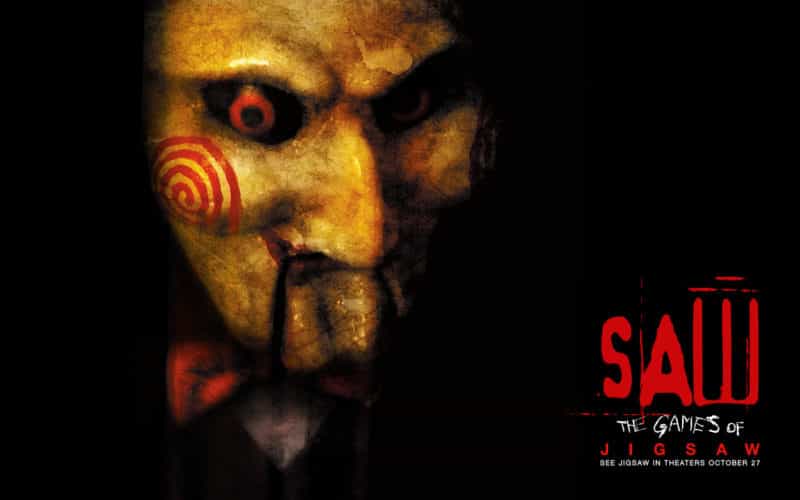 The Saw series makes its return to Halloween Horror Nights this year, bringing the most terrifying traps to life in an all-new original maze at Universal Studios Hollywood and Universal Orlando.

Based on the Lionsgate and Twisted Pictures hit horror film franchise, “Saw: The Games of Jigsaw” will bring to life the scariest game yet. In this all-new maze, guests will come face-to-face with the work of master craftsman “Jigsaw” and a collection of his most infamous traps from the Saw film series and upcoming eighth installment Jigsaw.

“We’re thrilled to be partnering again with Universal Studios on an immersive experience that celebrates everything that our Saw fans love,” said Lionsgate Senior Vice President of Global Live and Location Based Entertainment Jenefer Brown. “The maze features the most terrifying traps that made the Saw franchise such a Halloween tradition, including some of the best from our upcoming film Jigsaw. What better way to complement the film’s release this Halloween than taking audiences into the over-the-top action at Halloween Horror Nights.”

“Saw is one of the top grossing horror film franchises, and we’re thrilled that the fan-favorite is making its return to Halloween Horror Nights,” said John Murdy, creative director at Universal Studios Hollywood. “‘Saw: The Games of Jigsaw’ will encompass the greatest collection of traps featured in all eight Saw movies to bring to life the most twisted Saw maze ever produced, and we can’t wait for our fans to relive moments from the films.”

The eighth film of the franchise, Jigsaw, is scheduled to hit theaters on Oct. 27, 2017 – in its traditional opening weekend slot leading into Halloween.