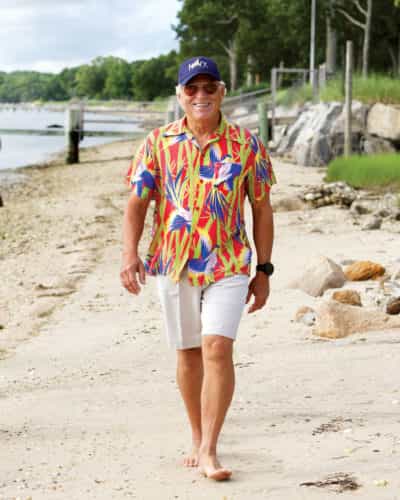 Jimmy Buffett is headed to Universal Studios Hollywood for an exclusive concert at his new Margaritaville on March 30.

Parrotheads will flock to their new California roost when Jimmy Buffett himself performs at the Universal Studios Hollywood Margaritaville grand opening on March 30.

Jimmy Buffett’s Margaritaville restaurant at Universal Studios Hollywood’s CityWalk is the first-ever in California. Its grand opening will be celebrated with an exclusive performance by singer, songwriter and best-selling author Jimmy Buffett and the Coral Reefer Band on Thursday, March 30.

Fans can enter to win tickets to Buffett’s invite-only performance on the Margaritaville stage at citywalkhollywood.com/margaritavillesweeps.

The new Margaritaville, which is now open serving lunch and dinner, is a sister property to the popular restaurant at Universal Orlando Resort, brings a “seaside retreat” to Universal CityWalk Hollywood. Guests dine in a casual environment amid palm trees, thatched enclaves, island music and surfboard tables and enjoy hand-crafted cocktails, live music and entertainment and signature dishes such as LandShark Lager Fish & Chips, Jimmy’s Jammin’ Jambalaya, Volcano Nachos or a Cheeseburger in Paradise.

Here is a video preview of the new Universal Studios Hollywood Margaritaville, followed by a look inside the one in Florida.

Concert and fireworks this Saturday at Kennedy...