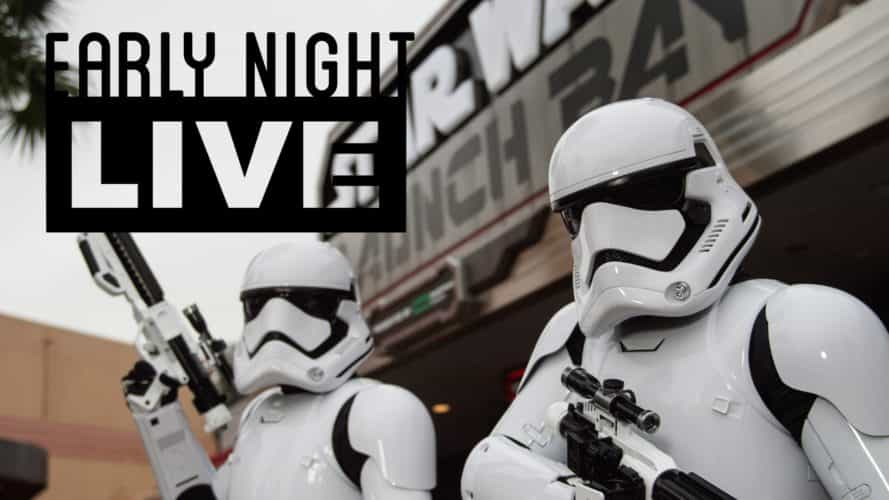 Want to go to the theme parks with us? Tune in live and interact during our weekly show, “Early Night Live”.

The show airs live on our YouTube channel each Thursday at 6 p.m., with our host and reporter Brittani Tuttle hosting from a new location every episode. She and her co-host of the day will take requests from viewers’ comments and experience all the theme parks and attractions in Orlando (and beyond) have to offer.

Come hang out with Brittani this Thursday, May 4 at 6 p.m., as she’ll be live from Disney’s Hollywood Studios at Walt Disney World for Star Wars Day! This week, she’ll be joined by “Attractions Magazine – The Show” reporter Vincent Rodriguez. Be sure to subscribe to our channel at youtube.com/attractionsmagazine and turn on notifications (click the bell) to catch the next episode of “Early Night Live” as soon as it starts.

For last week’s episode, Brittani and Vincent grabbed spent some time at Epcot. What they experienced was determined by the viewers, including trying some Beverly in Club Cool and taking a ride on Soarin’ Around the World live! In case you missed that episode, you can watch the replay here:

Keep in mind that with a live show, anything can happen, and we’re at the mercy of a good internet connection.

Movie Review: Guardians of the Galaxy Vol. 2 just as great as the first