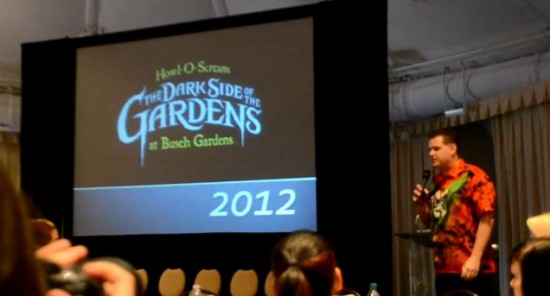 Late last week, Busch Gardens Tampa hosted their annual High School Journalism Day. We tagged along as the students got an exclusive inside look at this years Howl-O-Scream event. The students were taken through many of the steps to putting together one of the world’s premier Halloween events.

The event started as journalism students were given an in-depth look at this year’s event, including some previously unreleased details. 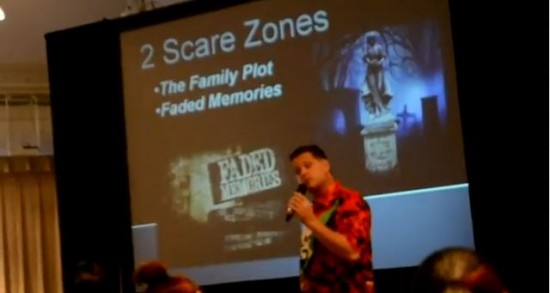 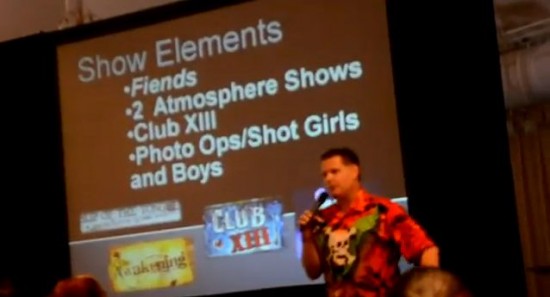 The previously unannounced atmosphere shows are “The Slip Of The Tongue – A Demonstration Of Dark Magic” which will feature the magician catching a paintball in his mouth as the finale and “The Awakening” which will feature vampires dancing in the streets of Stanleyville.

Watch as Scott Swenson, director of production at Busch Gardens Tampa gives the students an inside look: 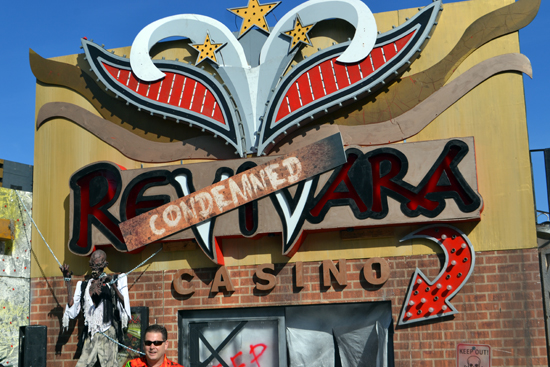 One of the returning houses will be Ultimate Gamble, but this year it is condemned, and guests will enter with only a flashlight to light their way. 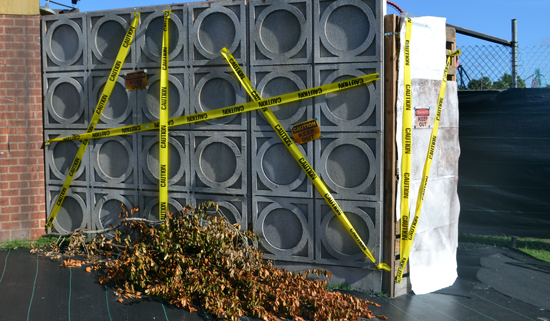 Students got to take a tour inside, but no photos were allowed. As you can see here in the facade, the casino is now closed down, but creatures still lurk around, waiting to feed on any curious guests. 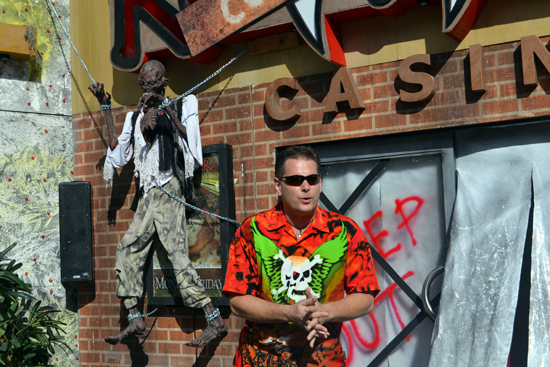 Scott led the tour and told students about how the flashlight concept will work and how it might have been Trickster who chained up Dorian, the former barker of the casino, pictured in the background.

Watch as Scott Swenson gives all the gory details and answers some of the journalism students’ questions about Ultimate Gamble: Condemned at Howl-O-Scream 13:

Below, journalism students do a mock audition process for this year’s Howl-O-Scream event with Alex Crow, entertainment show manager at Busch Gardens:

After the event, the journalism students were to create reports for their schools and the best video and journalism production will win prizes from Busch Gardens Tampa.

Stay tuned for coverage of this year’s Howl-O-Scream which kicks off this upcoming weekend and runs through Oct. 27, 2012.

That is so cool I wish my state did this I graduated with an award in journalism in high school. Florida you’re awesome!