Just two weeks until opening, construction walls are coming down at Cheetah Hunt 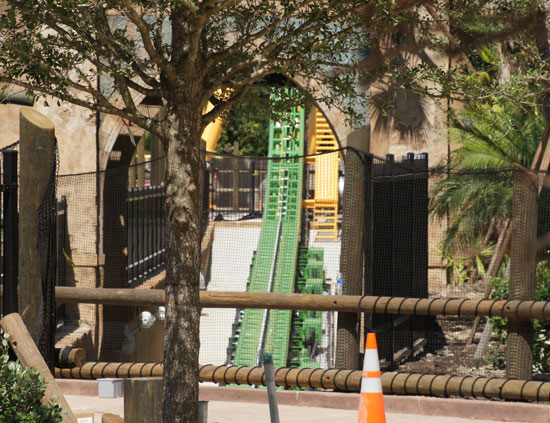 Above is a view of the most powerful of the three launches on the ride. This launch sends the coaster train up into the elevated figure eight and down the first drop. (All photos were taken on May 1, 2011.) 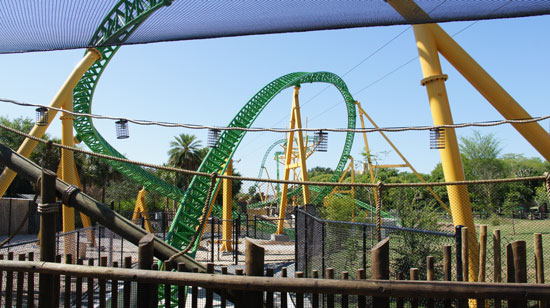 Construction walls are now down at the pedestrian bridge over the mid-section of Cheetah Hunt. In this view, track is passing both above the bridge and through a tunnel under the bridge. You can also see the track as it hops over the Skyway cables. In the far distance, behind the “A” support, is the elevated figure eight and first drop. 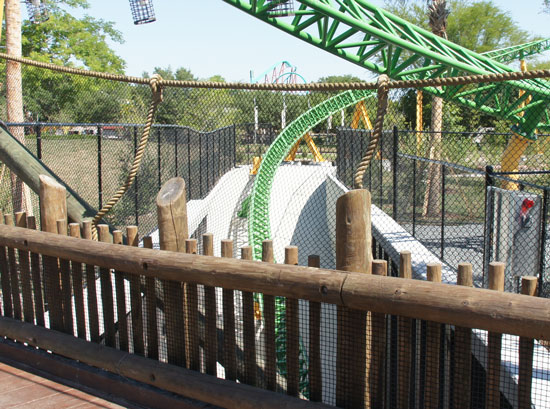 Here’s the view on the other side of the pedestrian bridge. See anything interesting about the track as it heads under the bridge? 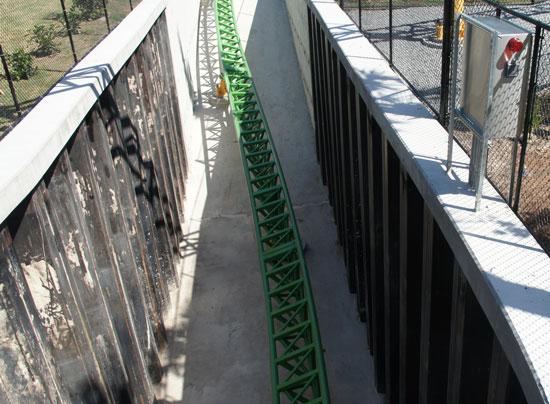 What’s interesting is the track makes a side-to-side motion as it passes through the tunnel. This is very unconventional. Usually coasters pass straight through tunnels. Cheetah literally does the twist! 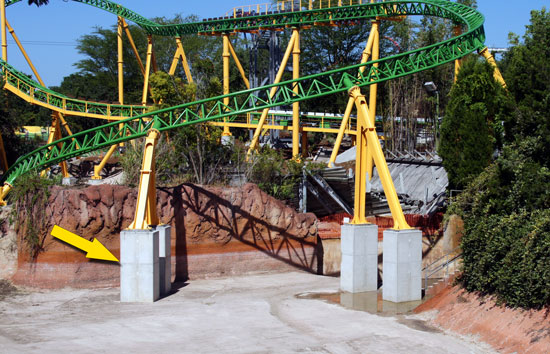 The pond at the far north end of Cheetah Hunt is empty. You can see a waterline on the concrete foundation. Water was ponded here a few weeks ago, then drained. 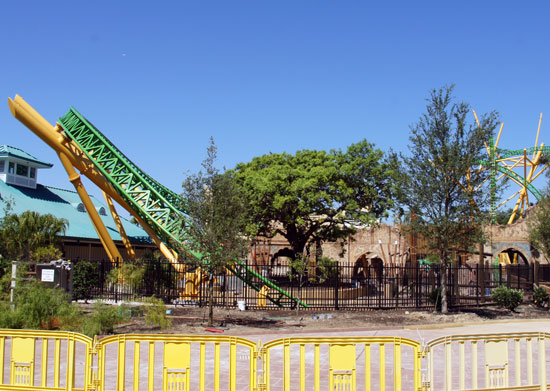 Construction walls in the Cheetah Hunt station area have been replaced with barricades. 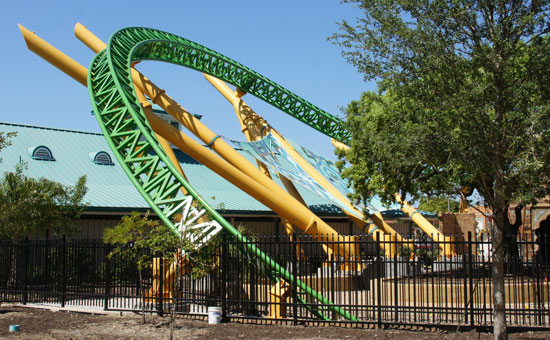 If you look at this picture too fast, you’ll miss something. Look closer at the center of the frame. Ah! 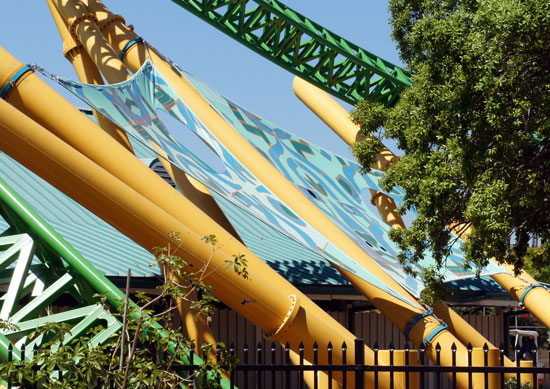 These are the first theming banners to go up on Cheetah Hunt. 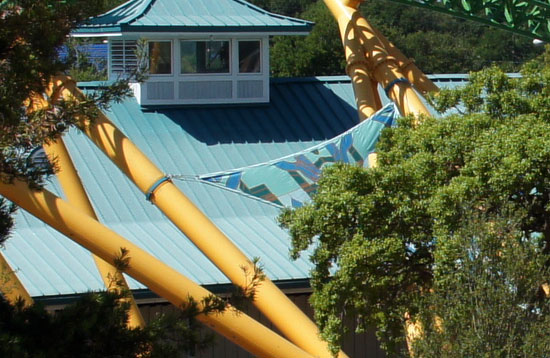 As seen with a zoom lens from the Cheetah Hunt Overlook, at the Crown Colony House third level. 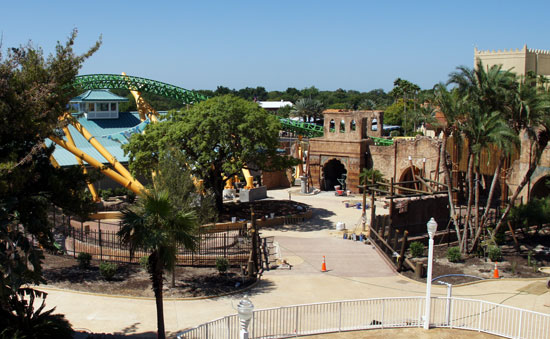 A wider shot of the plaza from the Cheetah Hunt Overlook. 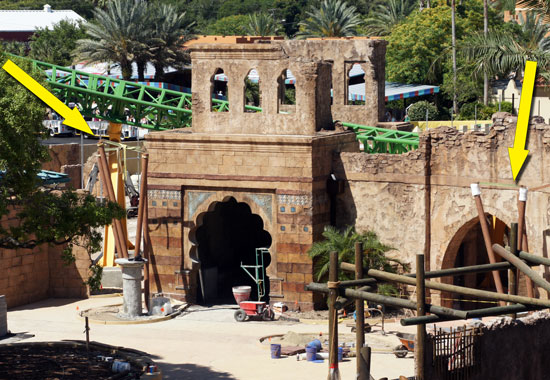 The theming looks great, but work is continuing. It’s interesting to see temporary bindings on these poles. 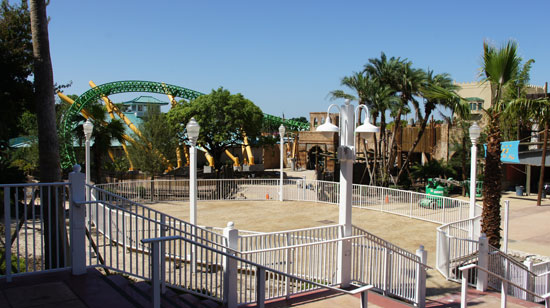 It seems like this will be an outdoor cafe of some sort. Maybe with tables with large umbrellas. (As seen from the Crown Colony second level.) A construction wall has also been removed here, revealing the view. 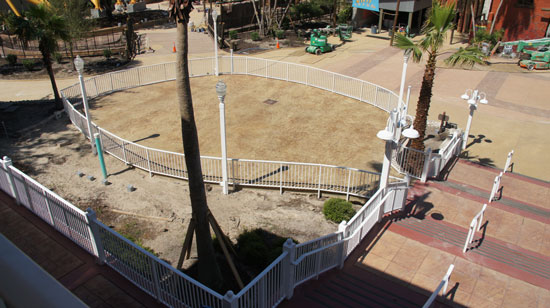 The possible cafe area, as seen from the Crown Colony third level. 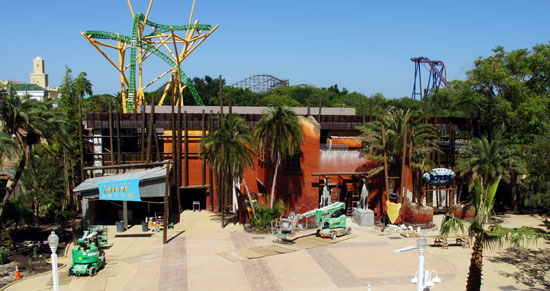 The current state of theming on the Cheetah Hunt station. Some signs are up. 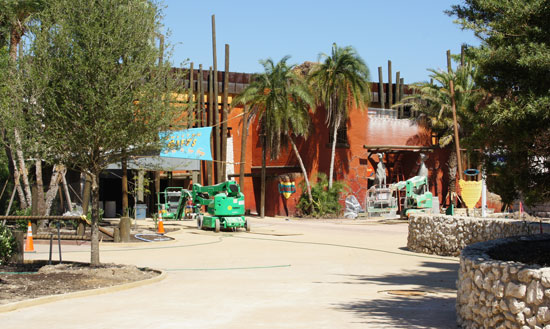 The station, as seen from the ground, over the low barricades. 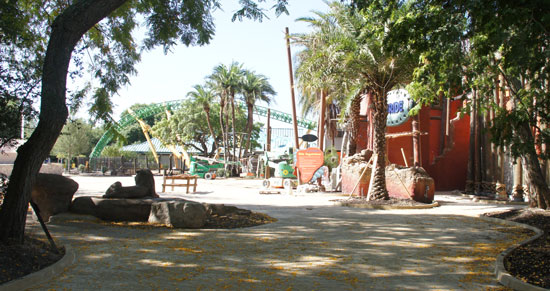 This is the same area as seen from the steam train. 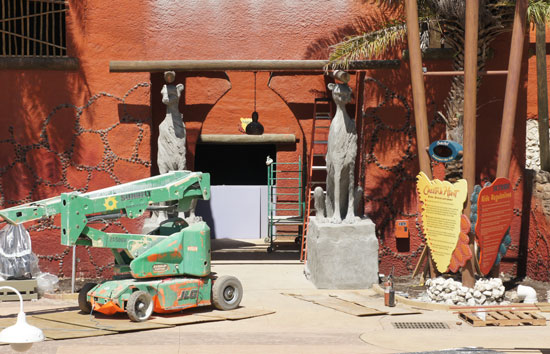 A close-up look at the entrance to Cheetah Hunt. 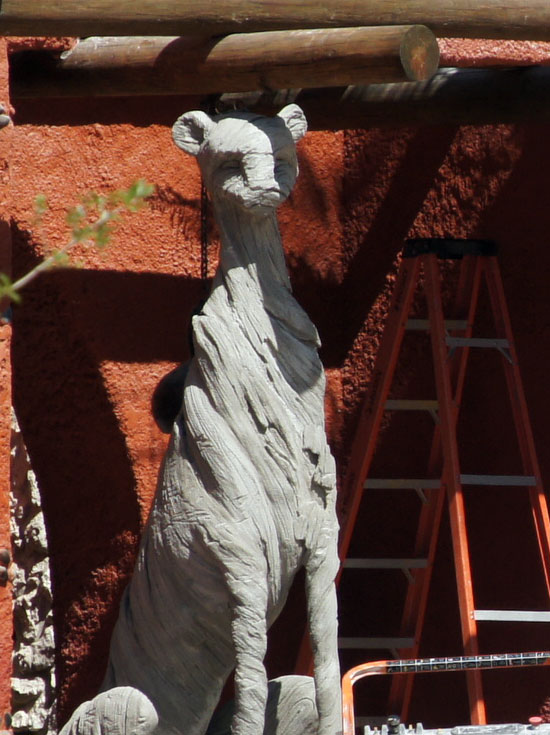 A look at the detail on one of the statues. 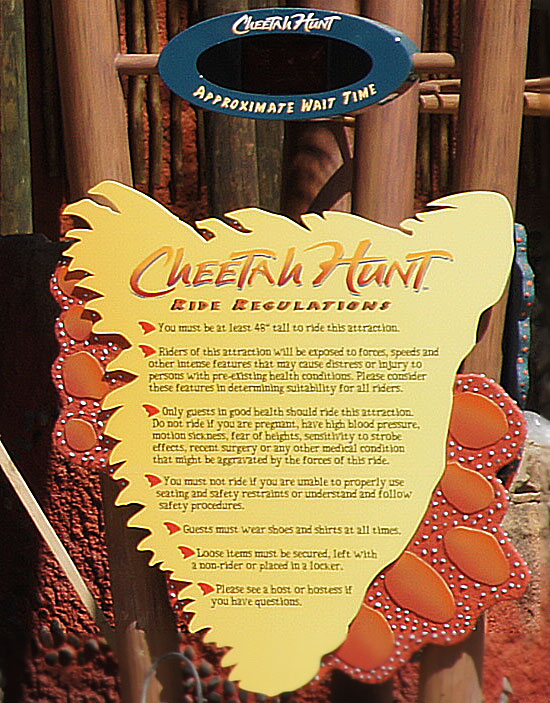 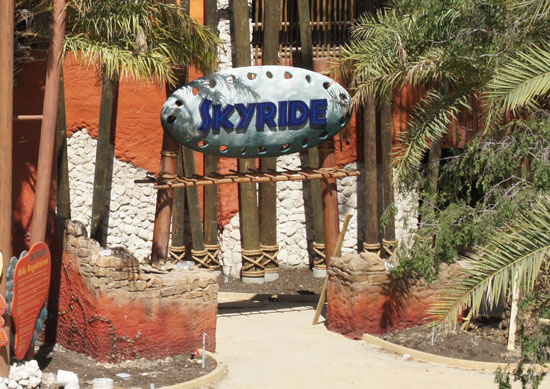 The redone entrance to the Skyride. 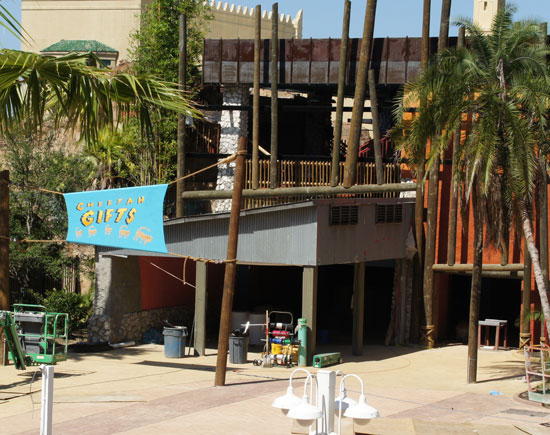 A gift shop, and possibly the exit of Cheetah Hunt. 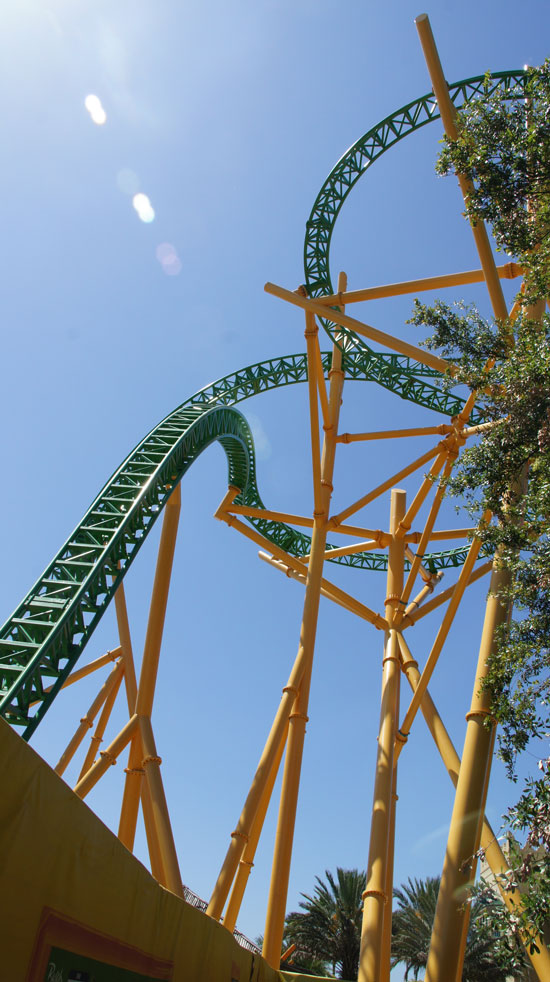 Only two more weeks until guests can ride.

Check the Orlando Attractions Magazine website on May 26, for a preview of Cheetah Hunt.

A look inside the new Dine-In Theaters at Downtown Disney