Guests were invited to the KidsEmbrace headquarters in Los Angeles, Calif. to celebrate the launch of the first officially-licensed Black Panther-themed combination booster car seat, available now exclusively through Amazon. 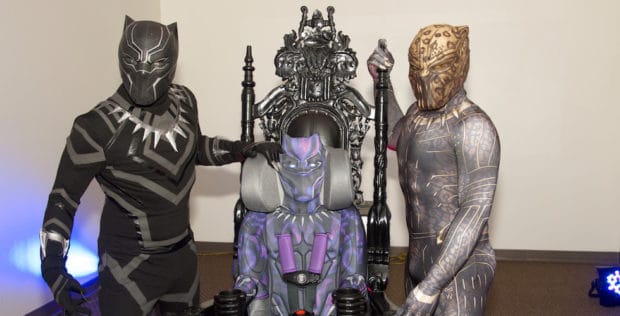 A look at the new Black Panther car seat from KidsEmbrace. 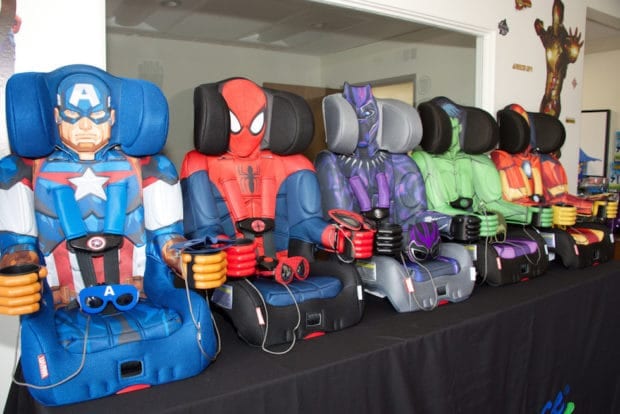 Families can choose from gear that features the likenesses of superheroes, princesses and cartoon characters, and have peace of mind knowing that KidsEmbrace routinely evaluates their products to ensure they are up-to-date with the latest safety regulations and certifications. 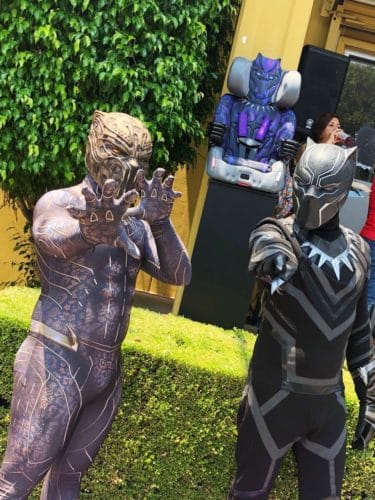 Guests who attended were able to meet Black Panther and Killmonger!

At the event, KidsEmbrace revealed the newest car seat to be added to their line: Princess Tiana from Disney’s “The Princess and the Frog,” which was developed as a result of a heartwarming story of Annett Leeks and her 3-year-old daughter, Jada.

Leeks won a KidsEmbrace car seat in a giveaway, and was disappointed to see that the company didn’t offer a car seat featuring a character of color. She ordered a Cinderella car seat and, while her daughter was in school, colored Cinderella’s skin and eyes brown and her hair black so the princess looked more like her daughter, Jada.

Jada was delighted with the results, so Leeks wrote to KidsEmbrace and expressed a desire for more representation in their future product offerings. Vincent Mastrangelo, COO of KidsEmbrace, was touched by Leeks’ email shared her story with Disney. As a result, KidsEmbrace was given the contract to begin developing a Princess Tiana car seat, which will be released in 2019.

Check out our coverage of the KidsEmbrace Black Panther Launch party now on our IGTV @Attractions, and watch our video interview with Denzel Whitaker below:

When will the Princess Tiana seat be available?

Hi, Is there a phone number that I can contact you in regards an order that I got please.

If you’re talking about an order for the car seat, sorry, we don’t haver their phone number.

Celebrate May the Fourth with premiere of...