After making her debut last fall on Disney Junior and Disney Channel, “Vampirina” has become one of the most popular new children’s series – and she’s now making her way to the Disney Parks for Halloween! 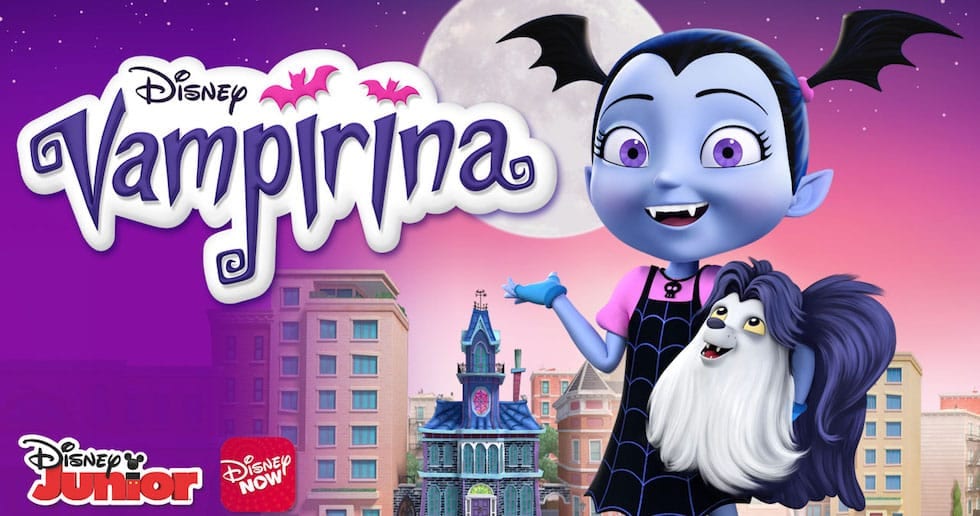 Guests will be able to meet Vampirina at both Disneyland and Walt Disney World this fall!

“Vampirina” combines spooky fun, storytelling, and music with stories that follow Vampirina (aka “Vee”) as she faces being the new kid in town, learning to make friends and attend a new school in the human world.

Vampirina will arrive at the Disneyland Resort just in time for Halloween, and will be meeting guests at Disney California Adventure starting Sept. 7. She’ll also make special appearances in the Frightfully Fun Parade at Mickey’s Halloween Party, running select nights from Sept. 19 – Oct. 31. Later in the year, Vampirina will join the fun as part of the cast of “Disney Junior Dance Party!”

Later this fall, guests will be able to meet Vampirina at Disney’s Hollywood Studios in the Animation Courtyard, and she’ll also be joining the new “Disney Junior Dance Party!” stage show.

To make way for Vampirina’s arrival, Jake from “Jake and the Never Land Pirates” will no longer be a part of the Disney Junior Play ’n Dine breakfast offering, and will no longer be meeting guests in the Animation Courtyard. However, Sofia the First, Doc McStuffins and Pluto will continue to meet guests in that area.

Check out this clip from Disney Junior’s “Vampirina” below:

Do you know if the Disney Jr. Dance Party will be there this coming Spring?

‘The Horrors of Blumhouse’ featuring ‘Insidious,’ ‘The...