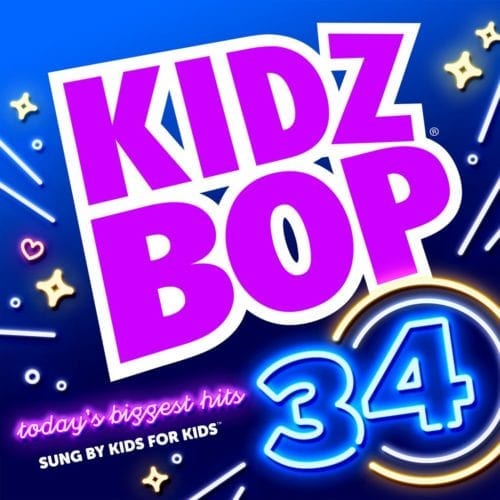 Kidz Bop is now the official music partner of Legoland Florida, where the video for their latest album was filmed.

Legoland Florida Resort and Kidz Bop recently announced a multi-year alliance that will make popular kids’ music brand the “official music partner” for the Lego theme park. The partnership announcement coincides with the launch of Lego Ninjago World, a new theme park land set to open Jan. 12, 2017, where kids will “become the ninja” in their very own martial arts adventure inspired by the long-running Lego franchise.

To celebrate the Florida park’s expansion, The Kidz Bop Kids recently recorded an original version of the high-energy Lego Ninjago theme song, “The Weekend Whip.” In its music video, the Kids are joined by brother-and-sister ninjas Kai and Nya while demonstrating five “signature” ninja hand moves guests can use to defeat villains and capture the high score on Lego Ninjago The Ride, a groundbreaking attraction featuring technology never seen outside a Legoland theme park. The video will debut Friday, Dec. 30, and play in-park at Lego Ninjago World.

Kidz Bop music and imagery will be seen and heard throughout the Winter Haven, Fla., resort, in a first-of-its-kind collaboration for the multi-day vacation destination and music brand. Legoland Florida Resort will name its main performance venue “The Kidz Bop Theater,” where The Kidz Bop Kids will perform annually, along with other kid-friendly talent. As the resort’s official music partner, Kidz Bop will write and produce an original theme song for the Florida site, to be titled “Built for Kids.”

Kidz Bop recently shot a music video and national TV commercial for their latest album, Kidz Bop 34, on location at a LEGOLAND theme park. A “Kids Go Free” coupon for a free child’s admission to Legoland Florida Resort will be included in all physical copies of the album.

The partnership also will be supported by extensive social media activations, including a sweepstakes in which one lucky fan will win a trip to Legoland Florida Resort to see The Kidz Bop Kids perform.

“As the premier vacation destination built for kids, Legoland Florida Resort is thrilled to join with the talented team at KIDZ BOP to deliver memorable musical experiences for our guests both inside the theme park and beyond,” said Rex Jackson, vice president of marketing and sales for Legoland Florida Resort. “We look forward to showcasing Kidz Bop in many creative ways together.”

“This partnership is the beginning of a tremendous collaboration that will bring KIDZ BOP to life in a completely new and meaningful entertainment experience,” said Victor Zaraya, president of Kidz Bop. “We’re honored and thrilled to be working with Legoland Florida Resort in this way and think that the next couple years are going to be a lot of fun for kids and families.”