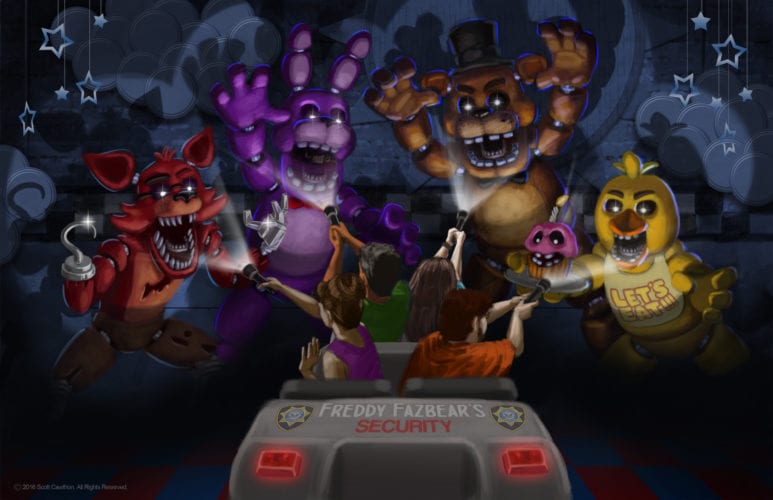 Sally Corp’s concept art for a Five Nights at Freddy’s dark ride promises interactive frights, if the attraction ever comes to fruition.

Attendees at the 2016 IAAPA Expo got a brief glimpse the fiendish Foxy inside Sally Corporation’s booth, and now the famed dark ride creators have released additional concept art for their proposed Five Nights At Freddy’s interactive attraction.

Sally Corporation’s Five Night’s At Freddy’s display at the International Amusement Parks and Attractions Expo, which was held in Orlando, FL over November 15-18, featured the brand’s iconic character Foxy standing behind a stage curtain, and provided a jump scare and a smile to the thousands that approached him on the show floor.

Five Nights at Freddy’s is a wildly popular series of intense thriller video games designed by Scott Cawthon.  First released in 2014, it quickly rose to the top of iOS and Android app stores and now has over 10 million paid downloads worldwide and over 16 billion YouTube views.  It is also currently one of the top selling entertainment brands in retail and toy distribution and has a novel on the New York Times Best Sellers list. 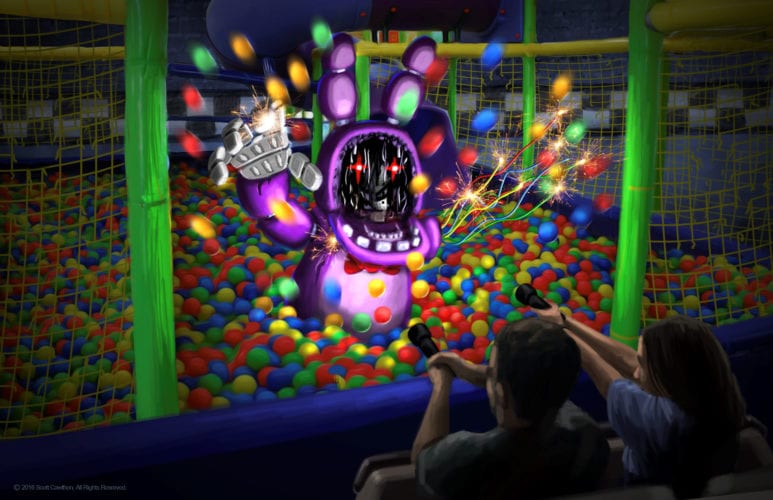 Like the game, this interactive dark ride centers on a fictional pizza restaurant called “Freddy Fazbear’s Pizza”, where the riders must act as night security guards. Their mission is to defend themselves from the malfunctioning animatronic animal characters that roam the restaurant at night and try to stay alive until 6 a.m.  Their only weapons are flashlights (which scare the robots away) and the ability to shut doors.  Sometimes your team survives until morning, sometimes they don’t; here are multiple endings to this dark ride. 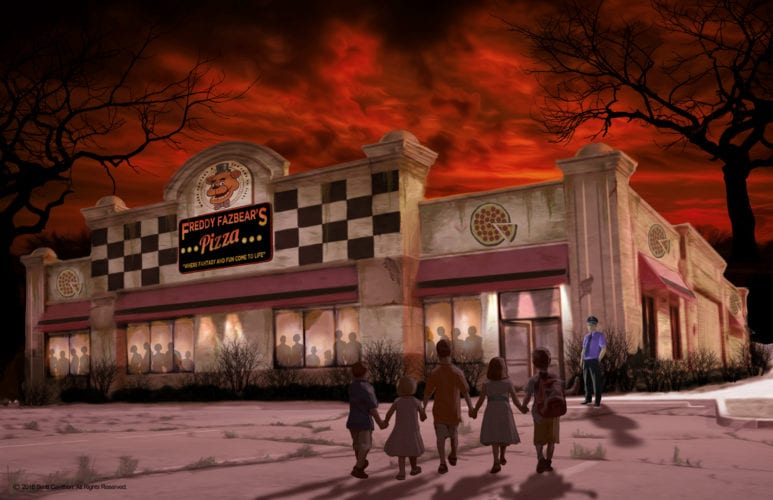 Five Nights At Freddy’s – The Ride is designed to be a real-time, multi-player version of the popular video game, Five Nights at Freddy’s.  This dark ride mixes gaming, animatronics, large scale video projection, special effects, and immersive sets and scenery.  Fans will feel as if they have stepped inside a life-size version of their favorite video game as custom ride vehicles take them through a variety of scenes, both virtual and practical. 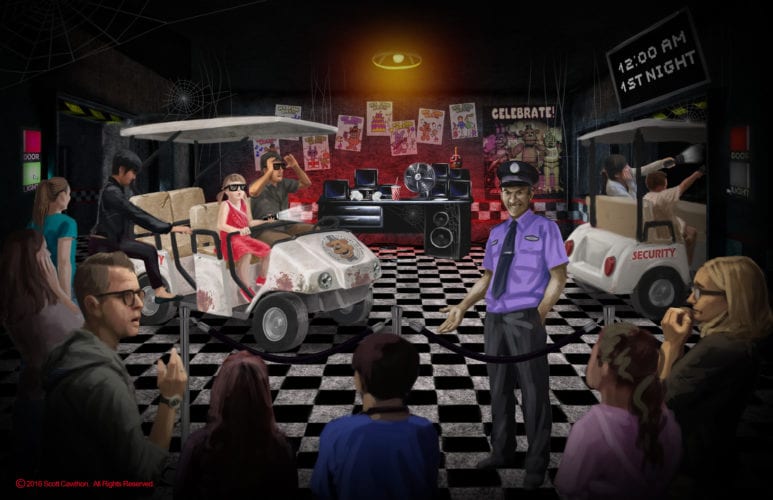 “I’ve always felt that Five Nights at Freddy’s would make an amazing dark ride, and Sally is the perfect company to make that happen!” says Scott Cawthon, creator of Five Nights At Freddy’s.

“Sally has a long history of working with well-known brands and intellectual properties. Our experience with Looney Tunes, Scooby-Doo, and LEGO have taught us how to work with major licensors, which has saved our clients many headaches. Now we’re working with bigger names than ever – AMC, DC Comics, and now the incredibly popular Five Nights At Freddy’s — we’re able to bring these brands to life in ways that has never been done before.” says Sally’s marketing director, Lauren Wood Weaver.  “Turning brands into blockbuster attractions has been our specialty for many years and we can’t wait to do the same with Five Night’s At Freddy’s – The Ride!” 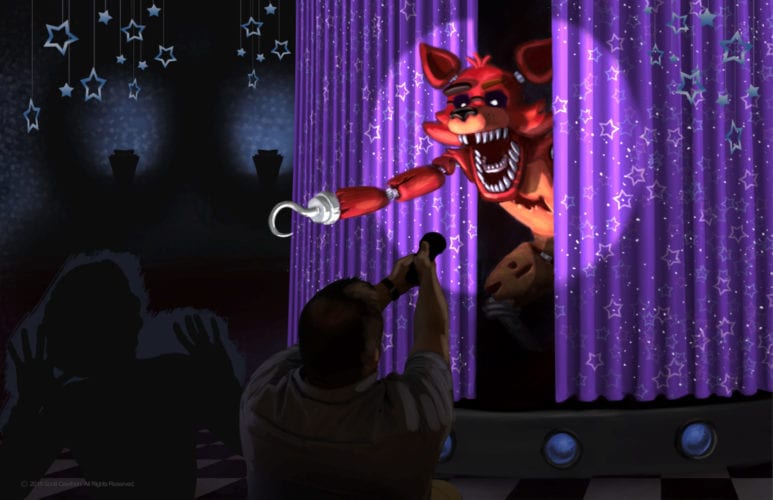 At press time, no theme park has yet announced they’ve purchased the ride, so at this point it exists in concept only. Watch this video for a brief glimpse of Sally’s IAAPA display:

Where is this at cause my son like it as well

Does this come to Universal Studios theme parks?

is the out side going to look lick the pizzarea

Build the theme park of your dreams...