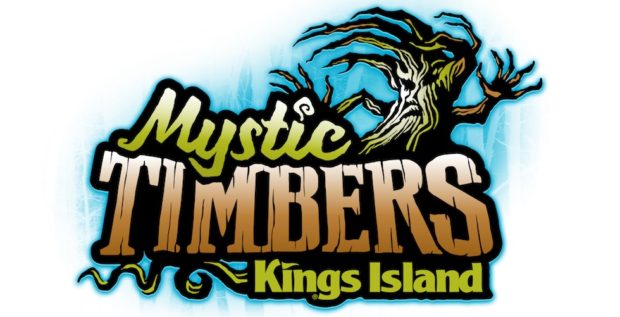 Mason, Ohio – If one thing can be said about the people of Southwest Ohio, they surely are coaster enthusiasts. Amazingly, guests began to queue up over two hours before the announcement of the new major attraction to be opened in April 2017 in Kings Island theme park.

What was all the excitement about? This was all based on the assumption (or wishful thinking?) that the new attraction was to be a new roller coaster, although this was never certain. Prior to the 2D blueprint being released a few weeks ago, people were guessing everything from giga-coaster like sister park Carowinds’ Fury 325, to a new log flume like the Kenton Keelboat Canal ride that formerly stood in the spot.

If you guessed a wooden coaster, and many did, you win, well, a new wooden coaster! The coaster is being built by Great Coasters International, a Sunbury, Penn. company which specializes in the design and building of wooden roller coasters. Some you may recognize are Thunderhead at Dollywood, Gold Striker at California’s Great America, and Orlando’s White Lightning at Fun Spot. Just this past year, they refurbished several older coasters including Holiday World’s The Legend and Knotts Berry Farm’s GhostRider. Kings Island Vice President Greg Scheid mentioned Worlds of Fun’s GCI coaster Prowler in particular as an attractions he has wanted at Kings Island ever since its debut in 2009. Prowler may be Mystic Timber’s closest “cousin” in features and layout.

Mystic Timbers will fit nicely into Kings Island’s soon-to-be 16 roller coaster line-up. They have their share of steel: DiamondBack, Banshee, Stunt Coaster. They have legendary wooden coasters like the record holding longest coaster in the world, The Beast, and classic duel racing coaster The Racer. Mystic Timbers will be a lower to the ground, airtime beast. It will be nestled in-between The Beast and The DiamondBack, but in the woods, taking advantage of the classic Southern Ohio landscape.

Two other things they teased at the announcement: At the ride’s end, it enters a shed. What is in the shed? This is anyone’s guess. They additionally stated that in August, they will have another big announcement.

The ride is themed to an area surrounding a lumber company becoming overrun by a mysterious medusa-like overgrowth of vines as nature reclaims its land.

Mystic Timbers will be 3,265 feet in length, reach 109 feet in height and weave along steep cliffs, down ravines, cross over water and go through an extreme S-turn, among a forest of trees, at speeds up to 53 mph.

The ride will feature a total of 16 airtime hills, a mid-course tunnel and interact with parts of the Kings Island & Miami Valley Railroad and White Water Canyon attractions.

Three trains will accommodate 24 passengers each (four riders per car and six cars per train) with a capacity of 1,200 riders per hour. Guests must be at least 48 inches tall to ride. The ride experience will last more than two minutes. 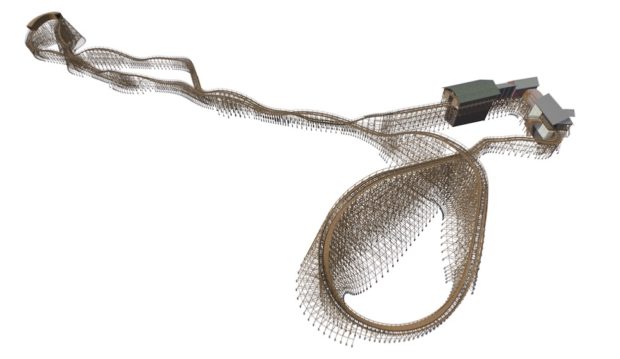