A new place for tourists and local to bowl is coming to Orlando. But don’t call it a bowling alley, because, like Splitsville at Downtown Disney, Kings offers bowling, dining, drinking and more in an upscale atmosphere. “Kings – Lanes, Lounge, Sports” is set to open this spring off International Drive. 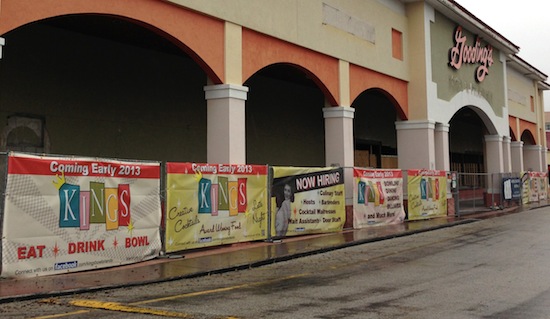 Kings is being build in the former Goodings grocery store, in the plaza right behind Ripley’s Believe It or Not on International Drive. Although it’s opening this spring, it will be just a short walk over from the new I-Drive Live plaza when it opens in a couple of years. I-Drive Live will feature a 425-foot tall observation wheel, Sea Life aquarium, Maddam Tussauds Wax Museum and more. Click Here to read more about it. 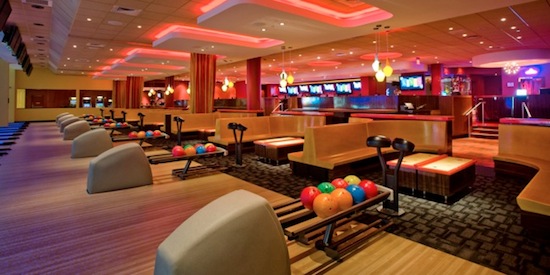 Kings will feature 22 lanes (Splitsville has 30). Unlike Splitsville, the lanes at Kings are all in a row. But also unlike Splitsville, Kings offers two separate bowling spaces called The Royal Room and the King Pin Room for private events (pictured at the top of the page). 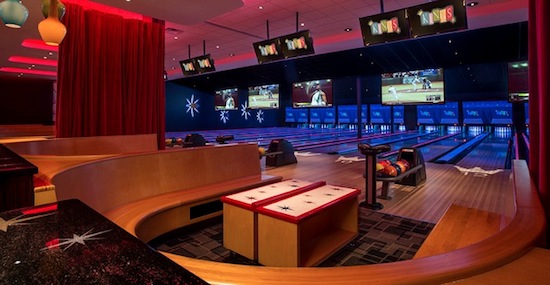 They also have curtains they can pull near some lanes for more privacy. Bowling will cost between $6 to $7 per game, plus a $3.50 shoe rental if you need it.

Kings will have a full dining room and menu featuring appetizers, burgers, sliders, sandwiches, salads, pizza and full entrees. As an example of the prices, a burger and fries is expected to be around $8. 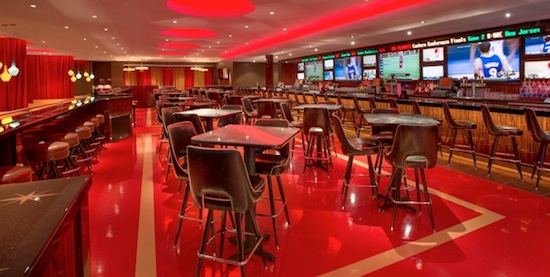 They will also have a full bar area with plenty of televisions all around. The bar will feature two tables with built-in beer taps, a dance floor plus a ticker showing the current sports stats, just like in Vegas. In fact, much of the decor may remind you of a Vegas casino. 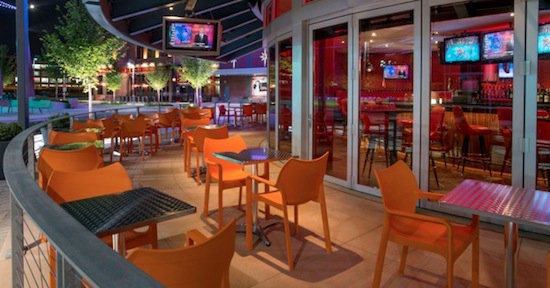 A large outdoor patio for dining and drinking is also planned with large open doorways leading inside. Outside on the other side of the front door will be a Bocce Ball court – Orlando’s only public court. 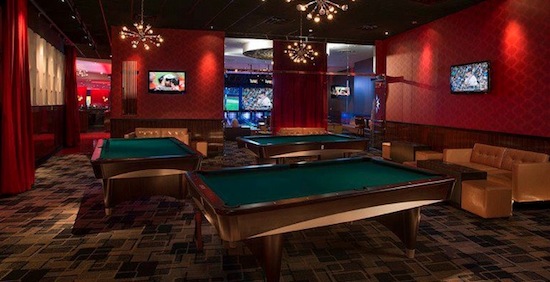 Billiards tables will also be available along with tabletop shuffleboard.

Kings will be open to everyone from 11 a.m. to 6 p.m. Only adults 21 years old and older will be allowed in after 6 p.m., but it will be a soft changeover. Those under age who are already in the facility at 6 p.m. will be allowed to finish their games or meals. Dinner is served until 2 a.m..

As it’s still under construction, the photos we’ve shown are from other Kings locations (Boston, Dedham and Rosemont). Below is the planned layout of their new Orlando location. You can find out more about Kings at kingsbowlamerica.com. 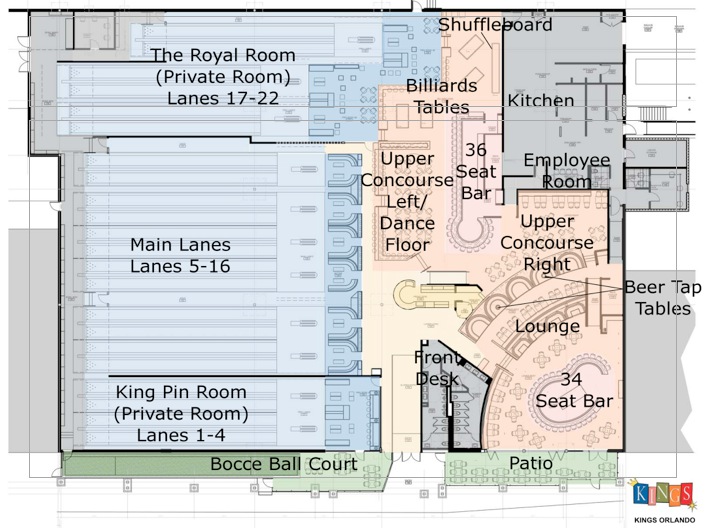