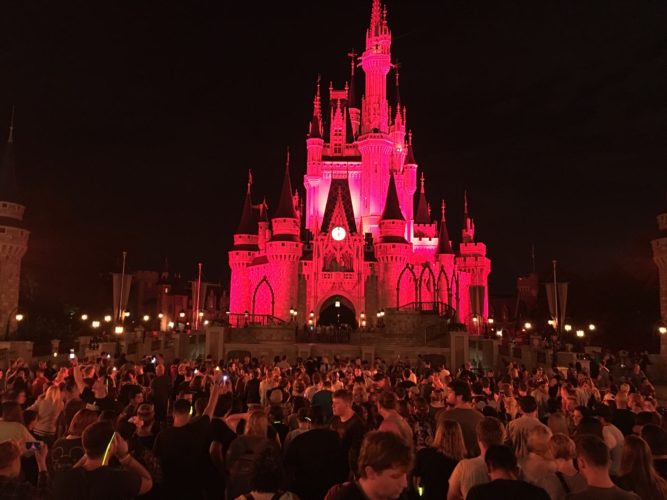 In yet another moving display of unity in the face of tragedy, guests and cast members gathered in front of Cinderella Castle at Walt Disney World’s Magic Kingdom after park closing on Saturday, June 18, for a Kiss Goodnight memorial vigil in honor of the victims of last week’s Pulse nightclub attack. 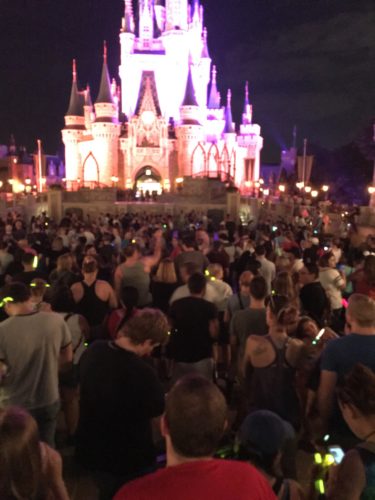 At the conclusion of every regular operating day at the Magic Kingdom, beginning approximately 30 minutes after the park’s official closing time, Disney plays a brief lighting display with musical accompaniment to bid the day’s final guests farewell. Known as the Kiss Goodnight, this minor magical moment is usually only witnessed by a few dozen (or even a hundred) stragglers. But on June 18, hundreds and hundreds stuck around for the Kiss Goodnight, bearing glowsticks and batter-powered candles to pay silent tribute to victims of the deadliest mass shooting in American history. 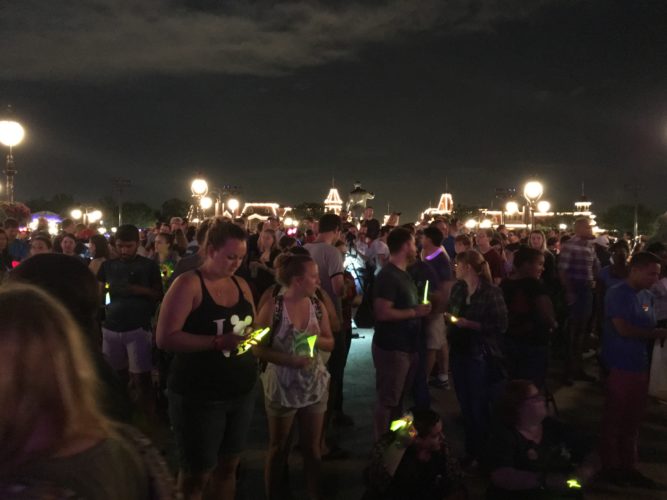 The event was not an official Disney-sanctioned event, but rather was organized via social media by fans John Panda, Corinne Andersson, Serena Skretvedt, and Lindsey Freehill. The standard Kiss Goodnight show was not modified for the occasion (despite rumors that Disney might reprogram the lights to create a rainbow flag effect) but the cast members were clearly aware of the event. 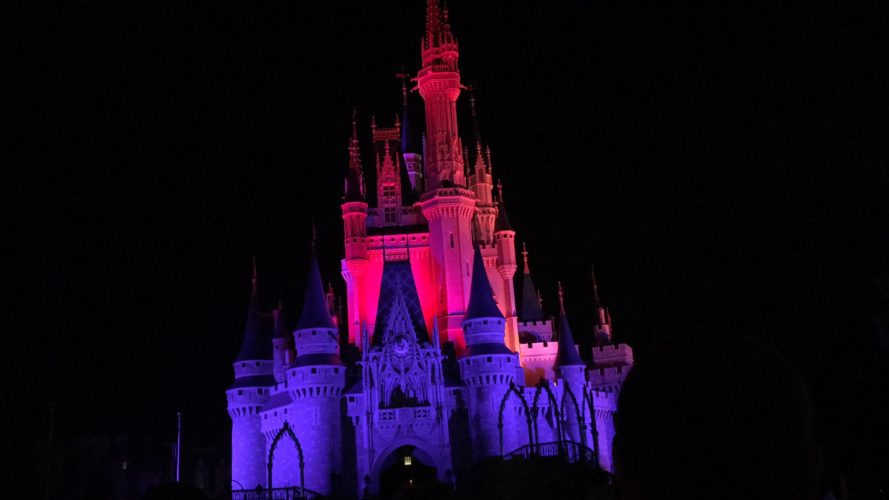 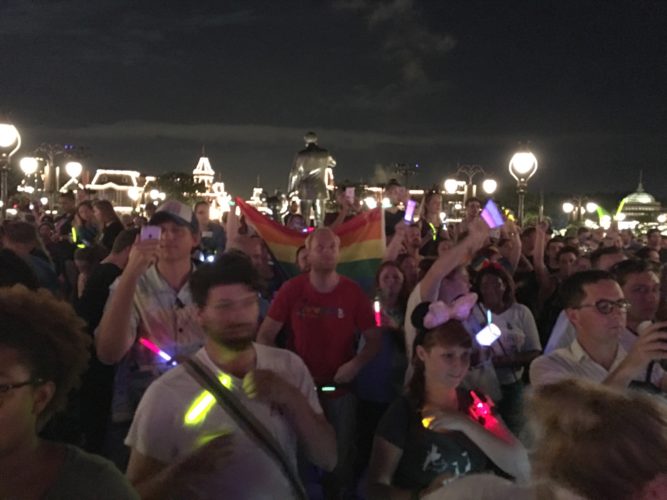 As guests gathered in the Magic Kingdom’s central hub prior to the park closing, PhotoPass photographers around the castle encouraged them to pose making the heart hand symbols that have gone viral in pictures across the internet. And at the conclusion of the evening’s first Kiss Goodnight, the park muted the normal atmospheric music around the castle for an extended moment of silence, casting an eerie, emotion-laden silence over the normally noise-filled park. 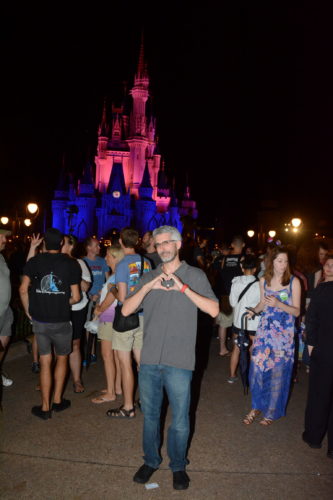 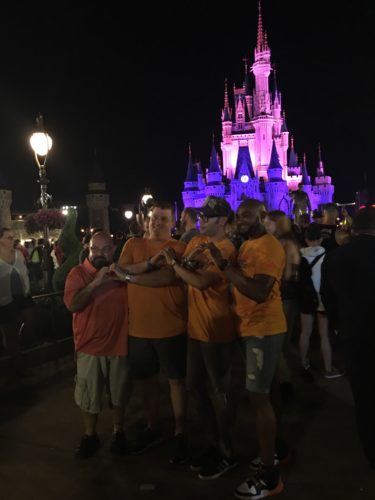 Following the first Kiss Goodnight, guests and cast members lingered to take photos and leave their glowsticks and candles on the ground, forming the shape of a heart in front of the castle. The Kiss Goodnight was repeated several times (though without the moment of silence) as attendees slowly made their way to the exit. 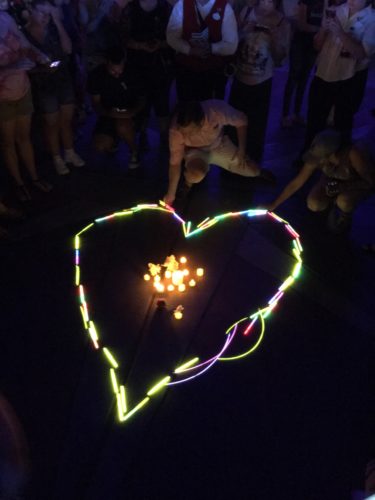 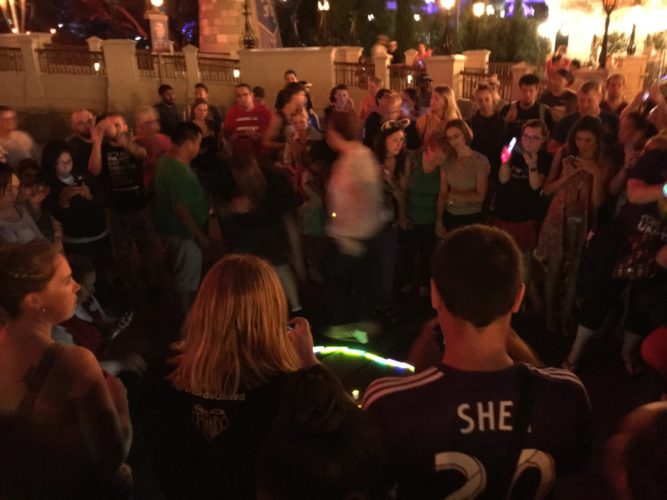 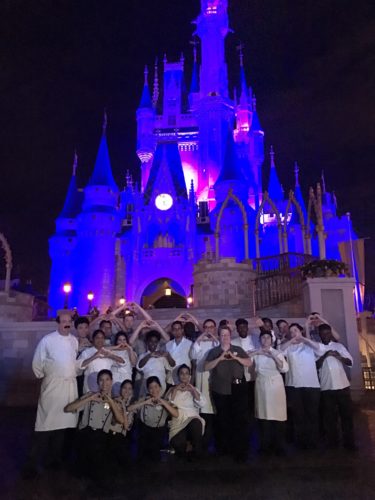 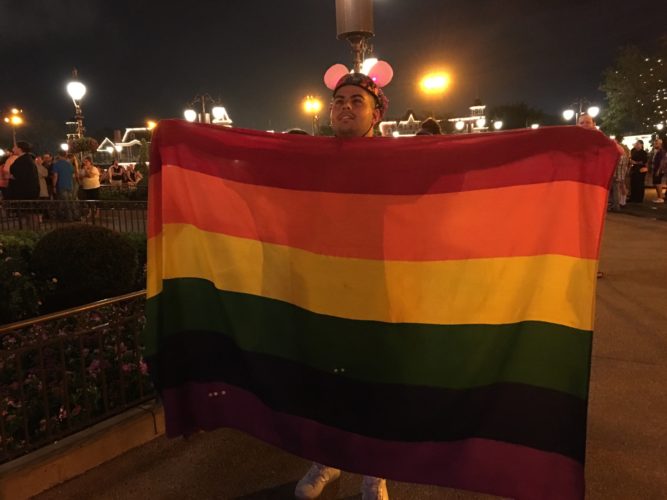 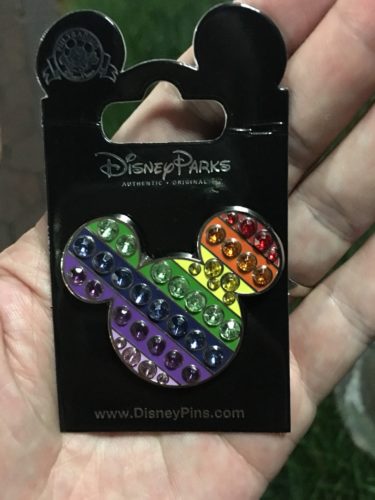 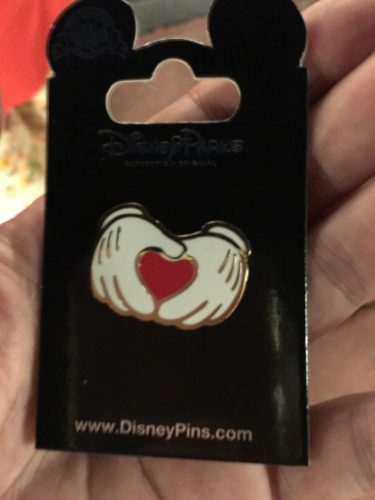 Here is a video of the Kiss Goodnight memorial vigil. (By Tharin White/Attractions Magazine)