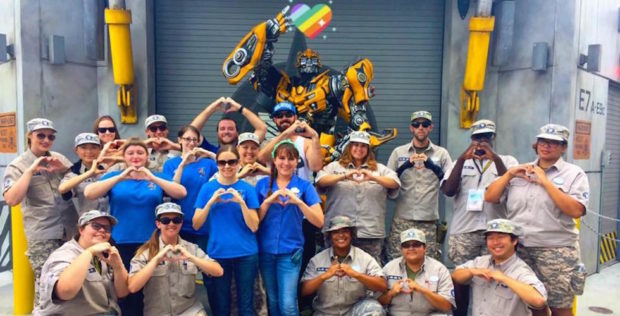 In the wake of this week’s horrific events, it may seem impossible to focus on anything as fun and frivolous as Orlando’s attractions. But in the spirit of “the show must go on,” Central Florida theme park employees, and beyond, have banded together to demonstrate their resilience and unity with an inspiring series of heart hand photographs that are currently going viral on Facebook. 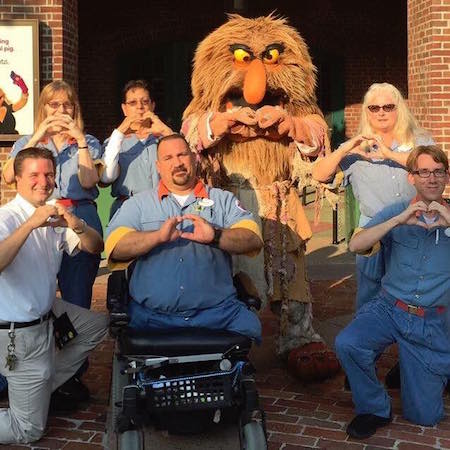 Kevin O’Brien, a Walt Disney World entertainment cast member, began collecting photos of area theme park employees forming hearts with their hands, as a small way to show their refusal to allow hate and violence to overwhelm love. As of 48 hours after the tragic terrorist attack on Orlando’s Pulse nightclub that claimed 50 lives, more than 200 photos had been submitted from employees at Disney, Universal, SeaWorld, Legoland, and other attractions across Florida and around around the world.

Some of the most moving heart hands photos were taken by team members at Universal Orlando’s The Wizarding World of Harry Potter, whose co-worker Luis Vielma was among the victims. A well-regarded attraction operator at Islands of Adventure’s Harry Potter and the Forbidden Journey ride, Vielma’s passing prompted author J. K. Rowling to post on Twitter, “I can’t stop crying.” Universal Orlando team members and friends paid their respects to Vielma by raising their wands in The Wizarding World of Harry Potter on the evening of June 13.

We will continue to add to the below gallery as more photos are collected.

I have a photo to add to your post, is there a way to add it? We took a big group photo today at fear factor live

You haven’t seen nothing yet, wait til you see our picture from universal orlandos makeup department.