The Ladies of ‘Star Wars: The Last Jedi’ represented as Christian Louboutin shoes 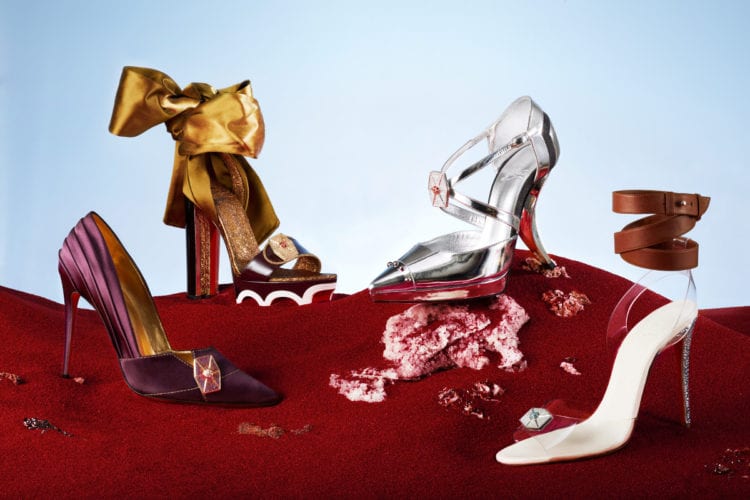 The new Star Wars film has spun off a galaxy’s worth of merchandise, from razors to rolls of paper towels, and now you can add couture footwear to the list, because the leading ladies of The Last Jedi have been immortalized in an officially-licensed commemorative collection of Christian Louboutin shoes, which will be auctioned for charity.

Following collaborations marking the release of Cinderella (2012) and Maleficent (2014), Christian Louboutin is once again partnering with The Walt Disney Studios to commemorate the release of the latest entry in the Star Wars saga—Star Wars: The Last Jedi. Earlier this year the designer visited Industrial Light & Magic (ILM) in San Francisco and met with Vice President and Executive Creative Director for the Star Wars franchise, Doug Chiang, to develop the idea of the “Nomad Shoemaker’s masterpiece.”

“Disney’s call regarding Star Wars was completely unexpected and surprised me. But I like surprises and this one particularly intrigued me! At first sight, the Star Wars universe and mine seemed far away from one another but when I saw the pictures of the red planet Crait, I instantly understood where it connected and why they had thought of me. Strong ideas and images spontaneously came to my mind,” said Christian Louboutin.

Debuting at the film’s premiere in Los Angeles, the showpiece shoe takes inspiration from the franchise, as well as styles in Christian Louboutin’s collection and a piece from the archives, the Ballerina Ultima, which boasts a 6” heel. To complement the showpiece shoe, Christian Louboutin has created four exclusive custom shoe styles “epitomizing the spirit” of four of the film’s heroines: Rey (Daisy Ridley), Vice Admiral Amilyn Holdo (Laura Dern), Captain Phasma (Gwendoline Christie) and Rose Tico (Kelly Marie Tran).

Rey (Daisy Ridley) is portrayed by an ankle-strap leather sandal inspired by the character’s costumes including the harnesses that strap her body, while translucent PVC reflects her Jedi powers and the Force she embodies. The style is finished with a blue strass heel evoking the color of her lightsaber. 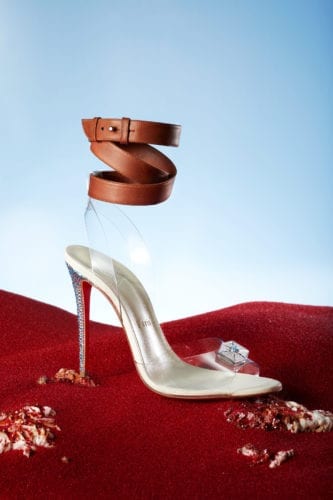 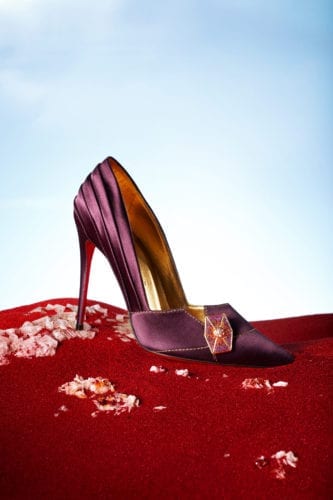 Captain Phasma’s (Gwendoline Christie’s) shoe is evoked by the curves of her armor, represented by silver specchio leather yokes. 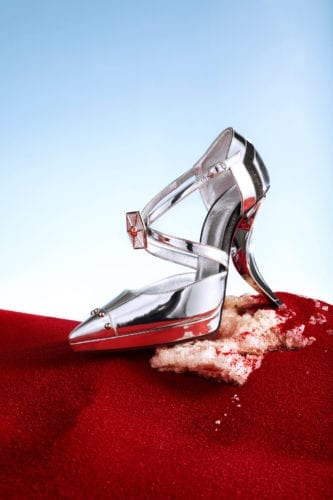 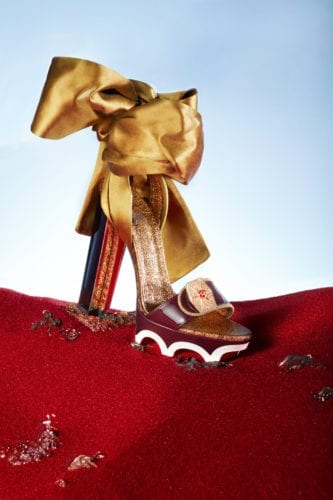 Each style is embellished with a bespoke glimmering jewel inspired by the Tie Fighter.

“Christian Louboutin’s shoes are truly functional works of art and it was such a pleasure to collaborate with him on the Nomad Shoemaker. The designs I create for films are meant to be experienced cinematically, while Christian’s have an intimate tangible relationship with their wearers. With this collaboration he has masterfully infused Star Wars into his magnificent, one-of-a-kind creations,” said Doug Chiang.

The Nomad Shoemaker’s story will continue with the unveiling of this unique showpiece shoe, created by Christian Louboutin and ILM, guarded by a set of glossy red members of the Praetorian Guard, on the red carpet of the film’s world premiere in Los Angeles on December 9. The custom display for the shoe will feature a hyper-realistic holographic installation. In this custom-made cabinet will be featured the story of Christian’s avatar, transforming a shredded chiffon pump into a futuristic Ballerina Ultima-inspired-spaceship.

The commemorative styles—each signed by the designer, as well as the actress who portrays each character the style was created for—will be auctioned on charitybuzz.com/StarWars from December 7 – 20, with a portion of the proceeds benefiting Starlight Children’s Foundation on behalf of Star Wars: Force for Change. The showpiece shoe, unveiled at the premiere on Dec. 9, will be added to the auction after its reveal.

For more about Star Wars: The Last Jedi, watch these videos: