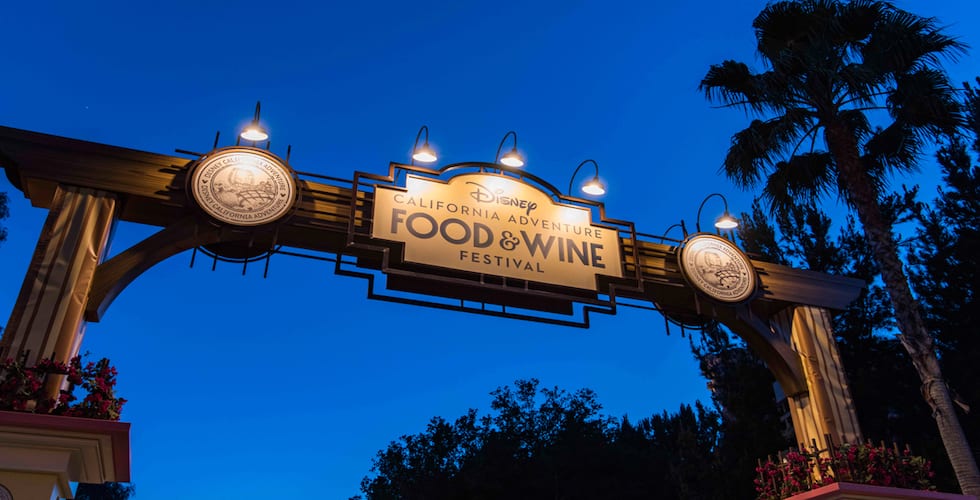 Disney California Adventure Food & Wine Festival is back on March 2, 2018, but as a special surprise during the “12 Days of Disney Parks Christmas,” the Disney Parks Blog announced this morning that the culinary festival will expand its run to six weeks. The festival will now run from March 2 – April 12.

Over a dozen Festival Marketplaces will feature California-inspired bites and beverages. Guests will be able to experience demonstrations and presentations with celebrity chefs like Alex Guarnaschelli and Robert Irvine; winemaker dinners, beer, wine and spirit seminars; and food and beverage tastings – in addition to the entertainment, live music and special activities during the festival.

The festival’s signature events will also include new experiences, like the Disney Family of Wines Dinner, along with returning favorites like the Winemaker or Brewmaster Dinners and Sweet Sundays. Another returning favorite for younger guests is the Junior Chef experience, with hands-on culinary fun for children ages 3-11, led by Chef Goofy himself.

More information on the Disney California Adventure Food & Wine Festival will be released in the future.

Stay tuned to our website, Twitter and Facebook for more updates during the “12 Days of Disney Parks Christmas.” Read up on yesterday’s announcement of updates to Disney’s Caribbean Beach Resort here, as well as the first announcement on new float elements coming to Pixar Play Parade at Disneyland Resort.

The Ladies of ‘Star Wars: The Last Jedi’ represented as Christian Louboutin shoes