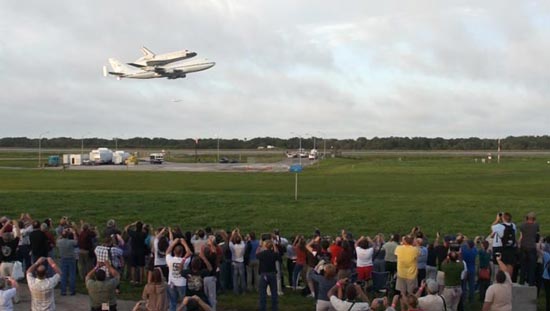 Space shuttle orbiter Endeavour left the Kennedy Space Center at dawn this morning.  It was the last time an orbiter flew over Florida. Endeavour left for its new home, the California Science Center in Los Angeles.

We have video here of Endeavour beginning the flight: 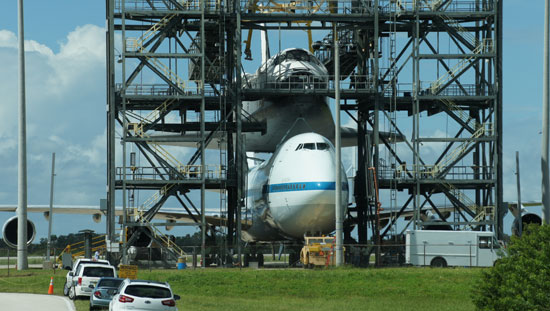 A few days earlier Endeavour was moved from the VAB and mounted on the 747. 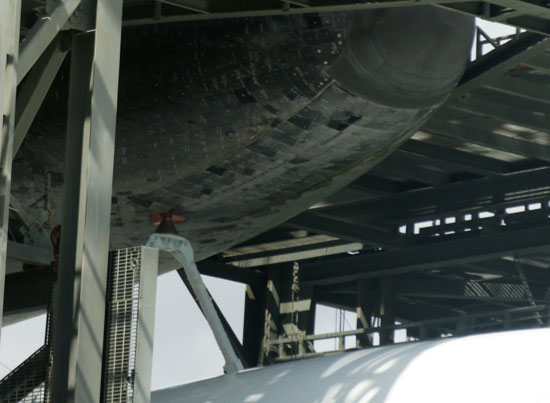 One of the three mount points, at the nose. 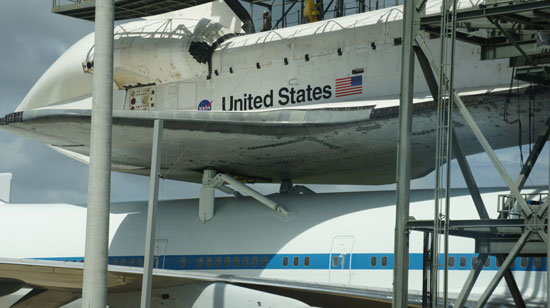 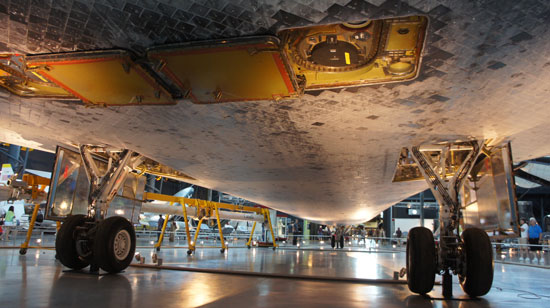 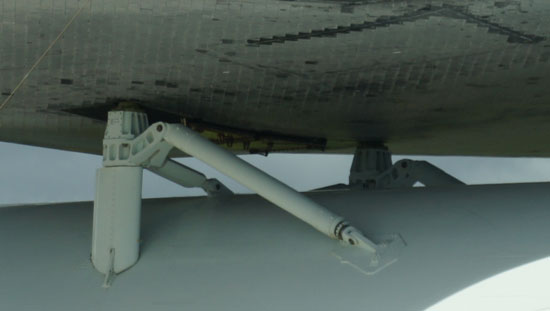 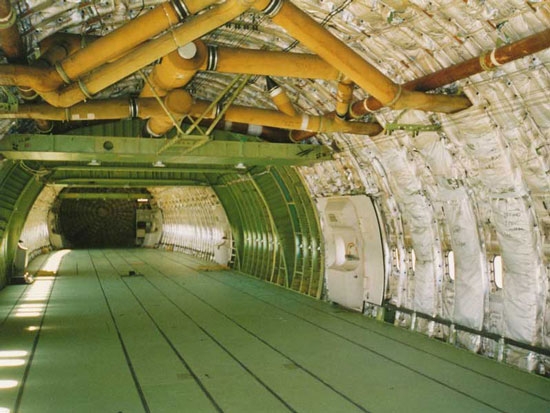 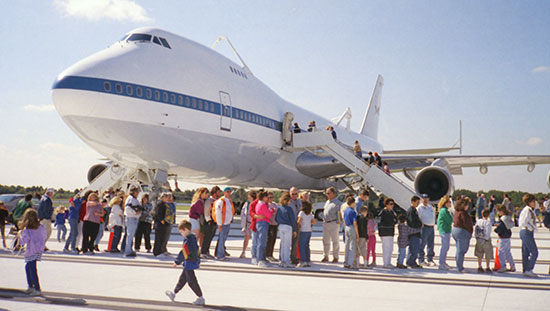 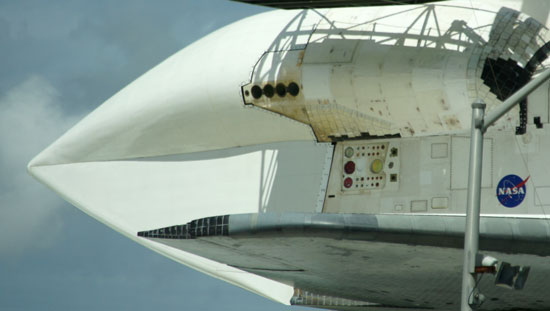 The last time the tail cone is being used. It reduces aerodynamic drag in the flight. 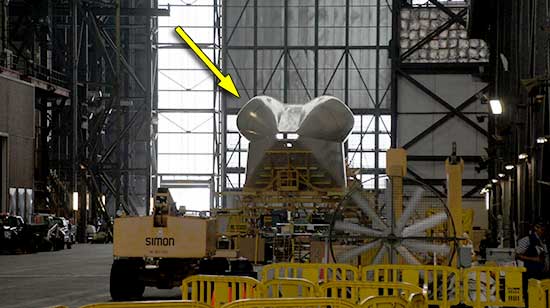 The tail cone was stored in the VAB (Vehicle Assembly Building) after the last flights of Discovery and Enterprise. 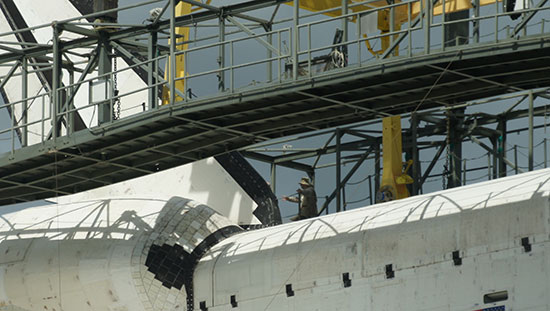 The worker seen at center is on an access bridge equivalent to the one seen in the foreground. 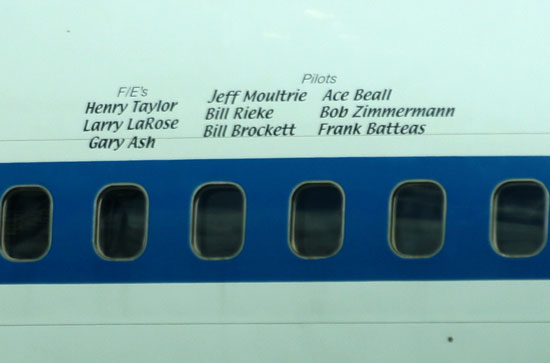 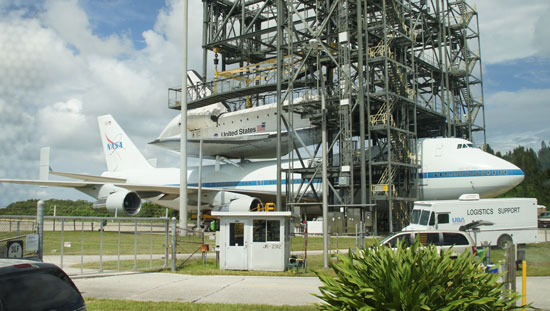 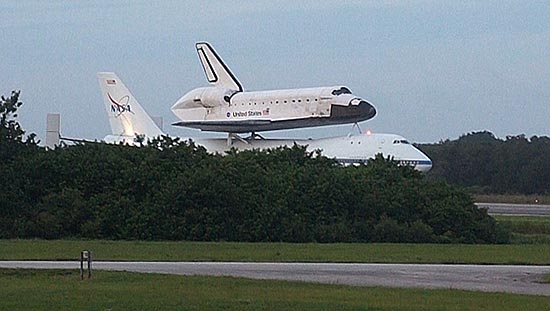 It was impressive to see Endeavour rising over the trees as the 747 taxied to the other end of the runway. 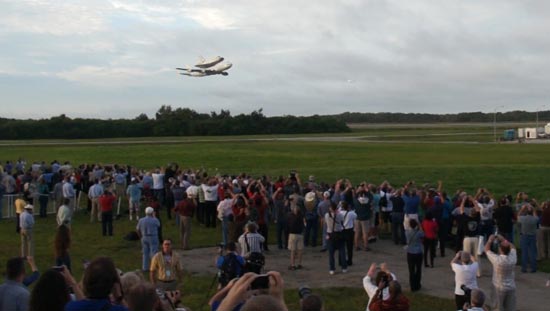 Hundreds of guests watched from the Shuttle Landing Facility. 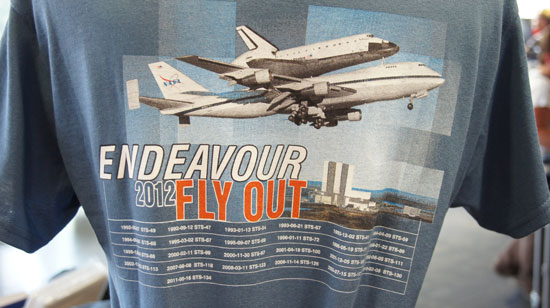 Give Kids the World to host Lee...