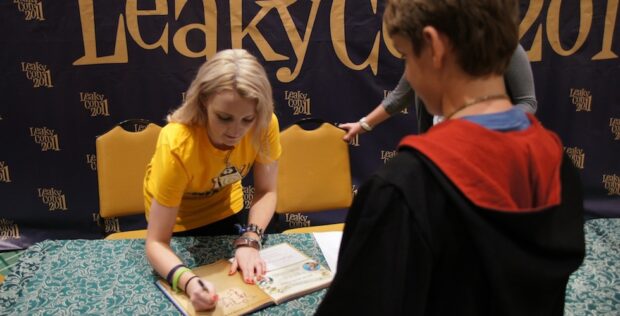 LeakyCon will be taking place at the Orange County Convention Center on International Drive from July 30 to Aug. 3, 2014. The event will also include a separate-ticketed event at The Wizarding World of Harry Potter – Diagon Alley expansion at Universal Studios.

LeakyCon began in 2009 in Boston as a conference by and for Harry Potter fans. Since then, we have grown to embrace fandoms of all kinds. From the Avengers to Zelda and everything in between.

According to the official website, LeakyCon “celebrates everything about being a fan. It blends the nerdy fun of a Comic-Con with the community and excitement of South by Southwest in a uniquely intimate environment where fans can, finally, be their true selves—where that’s the coolest thing in the world to be.”

You can register for the convention at www.leakycon.com.