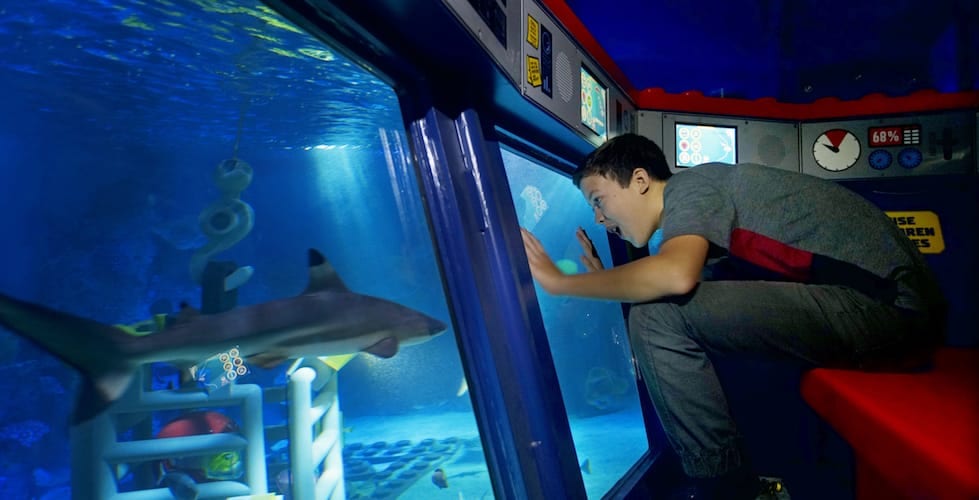 This new interactive attraction features more than 2,000 sea animals, including several species of rays, sharks and other tropical fish, along with new Lego models themed around a ship and its sunken treasure.

“We’ve really passed the industry benchmark with this ride,” said Peter Ronchetti, general manger of Legoland California Resort. “I’m so excited to see the looks on guests’ faces when they experience Deep Sea Adventure for the first time because they honestly don’t know what to expect, as there is nothing to compare it to in North America!”

For the first time in the U.S., Legoland California Resort brings guests aboard a real submarine that will take them underwater to discover a world filled with real sea life. Five different species of sharks, along with several species of rays, including a southern stingray with a five-foot wing span, are among some of the creatures that guests will discover.

Through the use of interactive touch screens at each porthole of the sub, guests can help a Lego Minifigure dive team identify Lego pearls, gems, gold coins and more throughout their four-minute undersea adventure. Guests can reach one of three levels during their ride: Junior, Senior and Master Explorer. 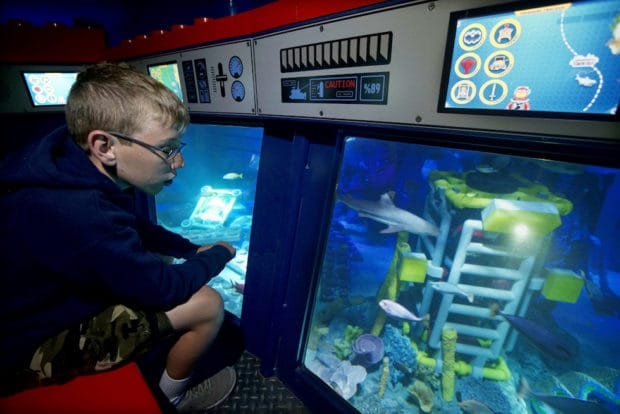 The interactive touch screens aren’t the only technological feature inside Deep Sea Adventure. Before guests board the submarines, they are given a briefing on their mission by a 3-foot-tall Lego diver whose face, thanks to a projector screen, is animated as he gives the new explorers their instructions.

As guests exit the attraction, they step into the retail location where they can build their own virtual fish from Lego and then “release” it into the virtual ocean.

Check out our video of the attraction being installed, as well as the announcement of the new ride below: