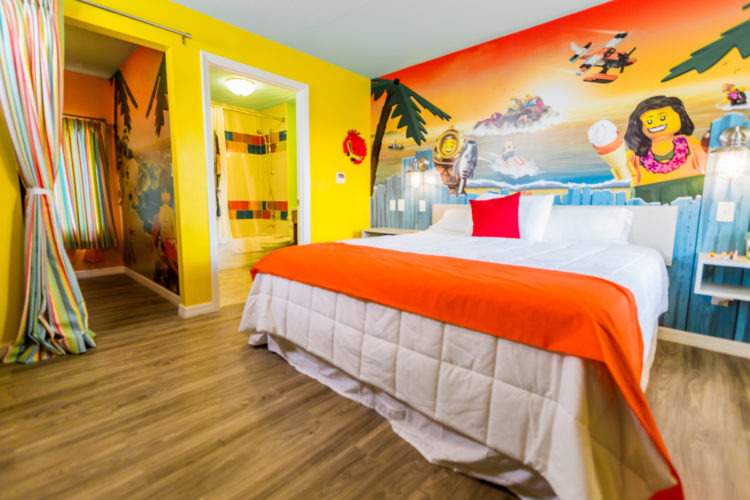 Take a sneak peak at the new Legoland Beach Retreat, opening next year at Legoland Florida.

The sun may be setting on summer 2016, but Legoland Florida is already whetting guests’ appetite for next summer with a sneak preview of the Legoland Beach Retreat bungalows, scheduled to open in 2017.

When it opens in mid-2017, Legoland Beach Retreat will offer a new way for families and friends to stay and play at Legoland Florida Resort. Located adjacent to the theme park, the all-new accommodations combine surf and sand with Lego building sets while offering picturesque lake views from nearly every corner.

As construction continues alongside Lake Dexter, Legoland Florida Resort is giving guests a preview of the interior décor that awaits guests in each of the property’s 83 beach-themed bungalows, which offer 166 separate accommodations that sleep up to five, including an area designed just for kids. 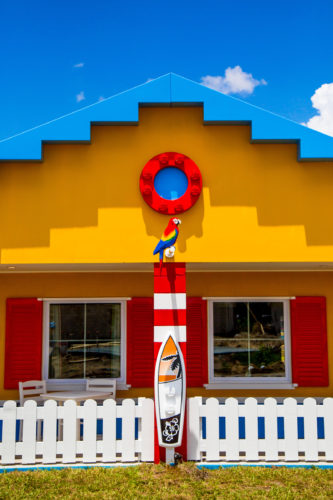 The village-style resort was announced in March, less than a year after the May 2015 debut of the Legoland Hotel, a five-story tower with 152 LEGO themed rooms and suites. With the opening of Legoland Beach Retreat next year, the Florida site will become the first Legoland resort in North America to offer two immersive on-site resorts with Lego theming. 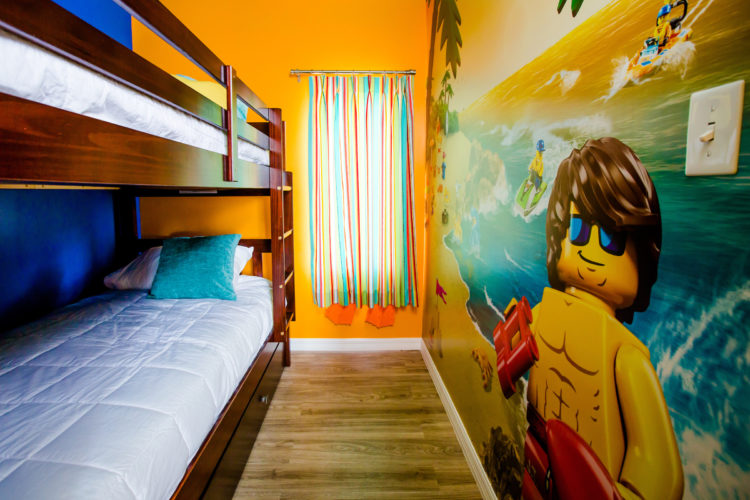 Legoland Beach Retreat will allow kids to slide, swing, jump and climb at one of many outdoor play areas. Each brightly colored bungalow will include a shaded patio where parents can relax. The resort’s largest themed swimming pool will sit alongside an expansive sandy play area. Topped by a Lego lighthouse, a centrally located clubhouse will feature a buffet restaurant, pool bar and a beach-themed space where kids can build with Lego bricks and display the products of their imaginations. 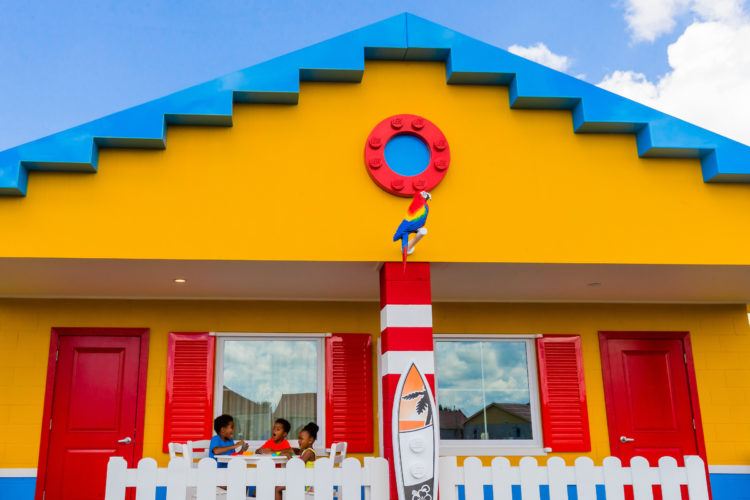 Legoland Beach Retreat guests will enjoy an all-you-care-to-eat breakfast buffet every morning of their stay and early access to the theme park. Additional amenities and room rates will be announced soon, along with a new check-in service.

The new site will more than double the inventory of on-site accommodations at Legoland Florida. Next year also will see the opening of Lego Nijago World, an all-new theme park expansion anchored by an interactive ride. For more information about visiting Legoland Florida Resort, visit LEGOLAND.com/florida, and watch our complete tour of the attractions and amenities at the theme park:

Full tour of Legoland Florida - A look at all the attractions, stores and restaurants

Out of the Loop: Star Wars Miniland...

Build your own piece of Legoland Florida...