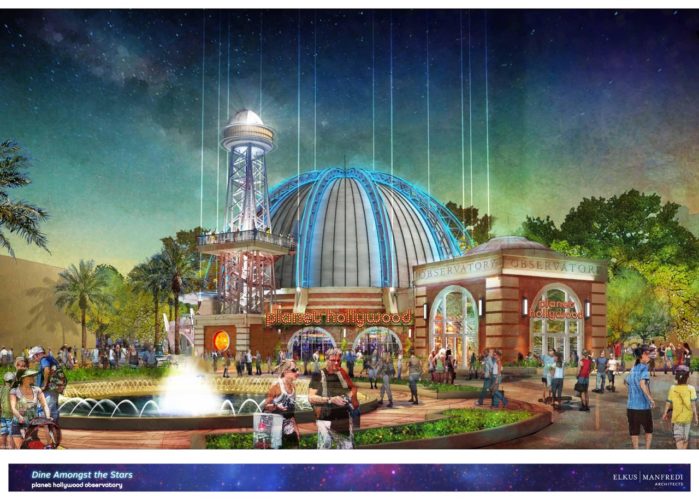 Planet Hollywood, the famous film-themed restaurant chain, has announced that celebrity chef Guy Fieri will collaborate on a burger and sandwich menu for the reimagined Orlando flagship location, set to reopen this fall as the Planet Hollywood Observatory at Disney Springs.

Planet Hollywood owner Robert Earl, the entrepreneur, restaurateur and star of the Cooking Channel’s “Robert Earl’s Be My Guest,” says he reached out to Fieri because of their shared passion for food.

“Guy Fieri has created an impressive culinary empire and has built an incredible TV following with several food-themed shows, so it was a no-brainer to invite him to create a special menu for Planet Hollywood Observatory. This partnership only furthers our commitment to refresh our guest experience while continuing to offer freshly-prepared, pleasing dishes,” said Planet Hollywood International Founder and Chairman Robert Earl.

Fieri, a chef, entrepreneur and New York Times bestselling author, will bring his signature blend of flavors to new dishes such as the Prime Time American Kobe-Inspired Burger and the Turkey Pic-a-nic Sandwich. 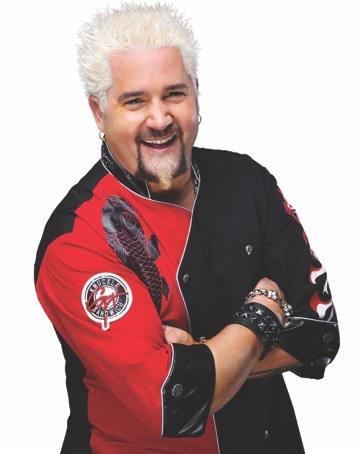 Opening this fall, the Planet Hollywood Observatory will overlook the heart of Disney Springs with a newly expanded outdoor terrace and bar. Patrons of all ages will be invited to “Dine Amongst the Stars” through indoor and outdoor bar and lounge options, a new merchandise line, and a host of celebrity collaborations.

The exterior will be reminiscent of a turn-of-the-century observatory with a modern design aesthetic, while the interior will feature refurbished upholstery, spherical planet-shaped lighting fixtures and stylish finishing.

Read this article for more about the Planet Hollywood Observatory makeover, and read here for recent news about Guy Fieri’s eatery on the Carnival Magic.