Thousands of eager residents came out to the Winter Haven Orange Dome one night last week to see what Legoland Florida will bring to Central Florida upon opening in fall 2011.

Legoland Model Citizens, the company’s affectionate term for its employees, revealed renderings of what the new theme park will look like, and how the current landscape of the former Cypress Gardens park will adapt to meet the Legoland target visitor. 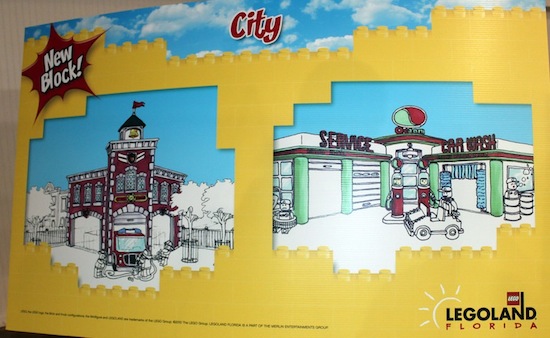 City – featuring a Driving School where children earn their first “driver’s license” and families compete on Fun Town Fire Academy, a competitive ride that challenges families to get a fire truck from one side to another and put out a faux fire. 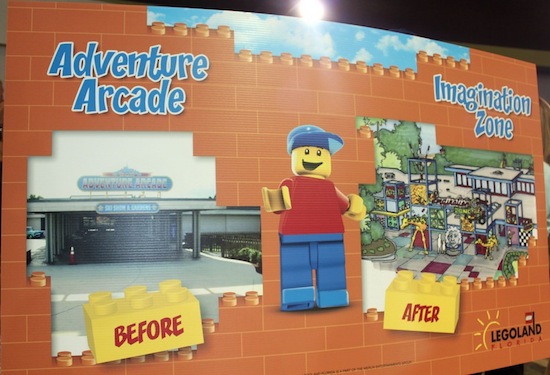 Imagination Zone – where children can race cars against each other. 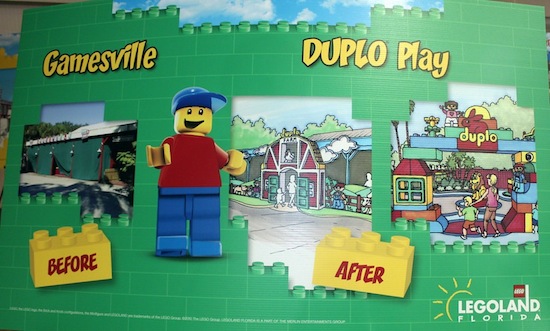 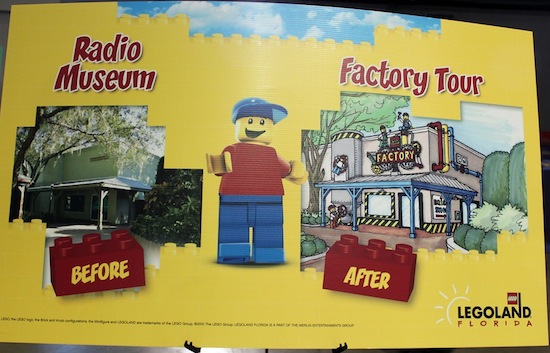 Factory Tour – a first hand look at how Lego bricks are made from factory to finish. 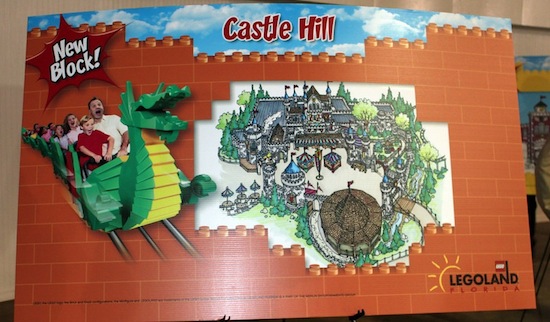 Castle Hill – a medieval area featuring an indoor/outdoor rollercoaster taking guests on a ride in and out of a castle where a dragon defends his treasure.

Dino Island – where guests take a trip to prehistoric times and experience their first “thrill” ride. 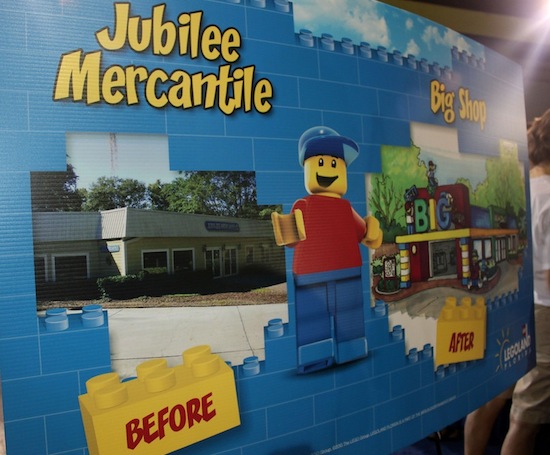 Retail and dining areas were also introduced including The Big Shop, which will be one of the largest Lego retail stores in the country and the Garden Restaurant where homemade soups and sandwiches will be served.

During the three-hour open house, Legoland executives including Managing Director of Legoland Parks John Jakobsen, General Manager of Legoland Development John Ussher, Sales & Marketing Director Kim Isemann and Human Resources Director Kim Clark answered questions from guests including how to apply for positions and what makes Legoland Florida different from other theme parks in the area.

“We are very excited to be bringing only the second Legoland Park in North America here to Polk County,” said Jakobsen. “Our main goal tonight is to answer questions and build excitement for the most unique theme park ever to come to this area.”

Legoland Florida will offer more than 50 rides, shows and attractions, including thousands of Lego models. The Florida development will be Merlin Entertainments’ second Legoland Park in North America. Providing a full-day, year-round theme park experience geared towards families with children between the ages of 2 and 12, Legoland Florida will mirror the concept of the four existing Legoland Parks in Denmark, Germany, U.K. and California. However, as with the other four, it will also have its own unique “twist” reflecting its location and adding a Florida flavor.

At the open house, children and their families interacted with Lego models of Darth Vader, Bob the Builder, Thomas the Tank Engine, a raptor dinosaur, several Lego friends, Rodin’s “The Thinker” and a lady fire fighter. Also on display was a miniature version of the White House made of more than 120,000 Lego bricks which will be the family theme park’s first permanent model.

Attendees also were able to help build a giant Lego mural depicting an artist’s rendering of the front entrance of Legoland Florida. When completed, the mural will be nine feet wide and five feet tall and created out of 35,000 Lego bricks.

Video interview from the open house:

Photos by Robert Ashburn of Florida Thrills Network and submitted by Legoland.
Video by Jimmy Strater

Watch out for wizards – Harry Potter conference this weekend at Universal

Brick or Treat is back for spooky fun...

i worked for cypress gardens for almost 22 years 10/1981 to 4/2003. what was done to the park after the popes sold it was shameful hbj tried to make it into a sea worls like attraction, anheuser bush tried to compete with disney. even mr. pope the younger, may he RIP tried to compete with the big boys. the old man had it right; cypress gardens is a GARDEN that happens to have a world class ski show. we are in a small nitch market, let’s play it that way. it was before my time; but i bet he made more money off “easy to love” and some of the tv shows that did segments at the park, than he did at the gate some days. before disney normal days saw a few thousand guests, they came they saw they moved on. make your money off concessions and gift shops, do a 100% mark up not 200% or more.
i don’t need to tell you this, it was just sad, maddening to see business men not wreck what a “dumb” gardener could have made money with.
thanks for you time.
Scott

The Racer at Kings Island getting partially...