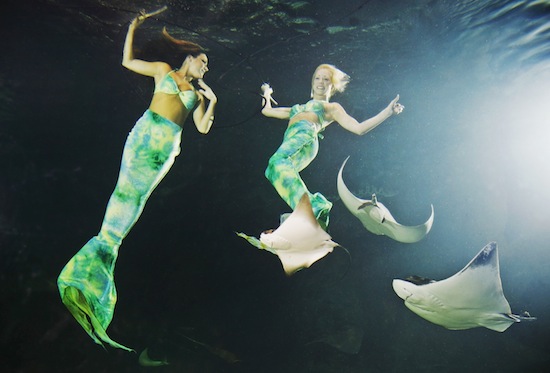 Weeki Wachee Springs is a classic roadside Florida attraction famous for its mermaids, who perform synchronized ballet moves 20 feet underwater while breathing through special air hoses hidden in the scenery. When it opened 63 years ago there were only three major roads through the state. US 1 on the East Coast, US 27 through Central Florida, and US 19 on the West Coast. 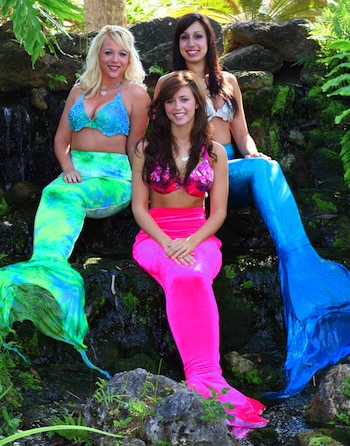 The attraction’s most popular years were approximately 1960 to 1975. Eight shows a day were performed to sold out crowds. As many as half a million people a year came to see them. The mermaids were treated like royalty wherever they appeared in Florida and stars of those days, including Elvis, Don Knotts, Esther Williams and Arthur Godfrey, stopped by to see them perform live.

Today, in addition to being an official state park, Weeki Wachee is one of the nation’s smallest cities, with a population of nine, including its mayor, Robyn Anderson, a former mermaid.

The park’s two most popular features are the water park – roughly the size of the new Coco Key Water Resort on International Drive – and the mermaid shows. Families will often slip away from the waterslides to watch the mermaids.

Through the years of Weeki Wachee, girls have yearned to become mermaids.

Join us as Tammy Middleton interviews both current and former mermaids to learn what it’s like to be a Weeki Wachee Mermaid.

Weeki Wachee Springs is located in Spring Hill, Fla. at the intersection of S.R. 50 and Hwy. 19 – 45 minutes north of Tampa and two hours west of Orlando. For more information, visit weekiwachee.com

Out of the Loop: Are roller coasters the secret to agelessness?