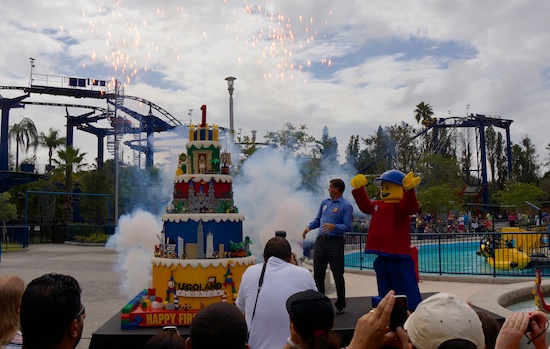 Today, Oct. 15, 2012, marks the one-year anniversary of the opening of Legoland Florida. Park guests enjoyed thousands of free brightly colored cupcakes, birthday buttons and a prize patrol team that passed out gifts such as free food, model shop tours, admission tickets and annual passes. Here’s a video of the birthday (or brickday) celebration featuring Legoland Florida General Manager Adrian Jones, Buddy and a cake made out of Legos:

In Legoland Florida’s first year, the park’s many plants and trees have grown, a water park and restaurant was added and more. Already on tap for their second year is a new Fried Chicken Co. restaurant and a Star Wars expansion of their Miniland. 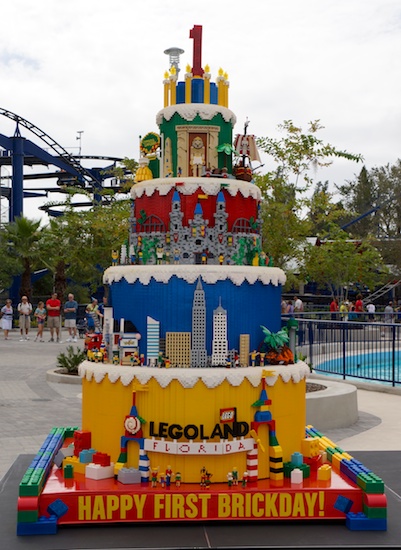