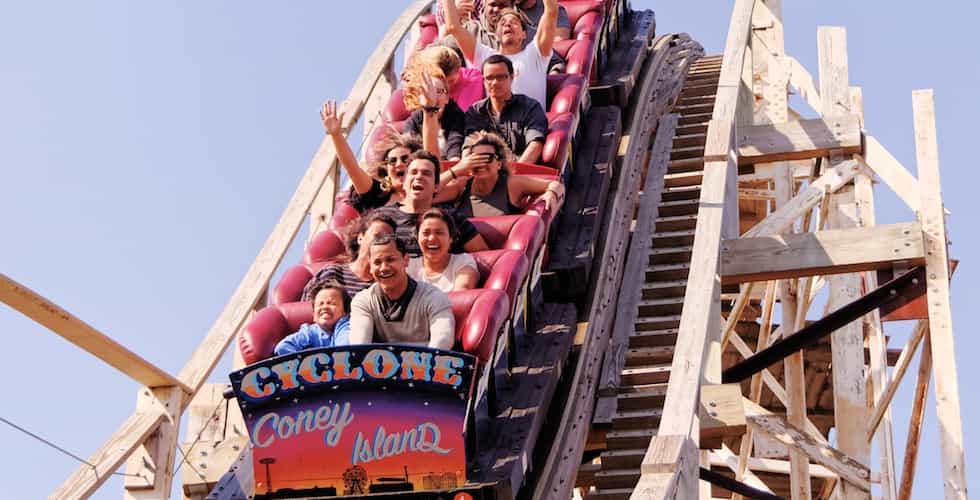 For the first time in the park’s history, admission on Opening Day will be free with a donation to the park’s partner charity, The Mayor’s Fund to Advance NYC.

For this special occasion, Luna Park worked with the Mayor’s Fund to donate 90 percent of the proceeds from Opening Day to Girl Scout Troop 6000. Troop 6000 is a troop designed to serve the thousands of girls living in the New York City Shelter System. The Troop was started in 2016 at a single family shelter, and is now aiming to expand to several new sites around the City.

“We are excited to offer free admission to all park goers this year in exchange for a donation to Troop 6000,” said Fernando Velasquez, general manager of Central Amusement International. “Opening Day signals the beginning of the summer season, and it will be especially fun this year as we help to support girls throughout the city.”

“We’re incredibly excited to partner with Luna park in kicking off their 2018 season. For generations, the opening of amusements at Coney Island has heralded a season of fun for children across the City. We’re thrilled that the start of this season will do so much to support some of New York City’s most inspiring young people – the girls of Troop 6000,” said Darren Bloch, executive director of the Mayor’s Fund. “I thank the leadership of Luna Park for their support and service to Brooklyn and our entire city.”

“We can’t overstate the impact Girl Scouting has had on girls who have had the opportunity to join Troop 6000,” said Meridith Maskara, CEO of Girl Scouts of Greater New York. “We are grateful to the Mayor’s Fund, the City of New York, and the patrons of Luna Park for all their support, which will help us bring this program to more girls.”

On Saturday, March 24 at 11:30 a.m., Brooklyn Borough President Eric Adams, local stakeholders and elected officials will gather at The Cyclone roller coaster at Luna Park for the season’s kick-off. An egg cream christening will be held in front of the coaster before the inaugural ride begins. Brooklyn Seltzer Boys will be offering egg cream samples to the first 150 guests in attendance.

For more information on Luna Park and their 2018 Opening Day offerings, visit LunaParkNYC.com.