The 92nd annual Macy’s Thanksgiving Day Parade, an American tradition, returns to kick off the holiday season on Thursday, Nov. 22 on NBC. 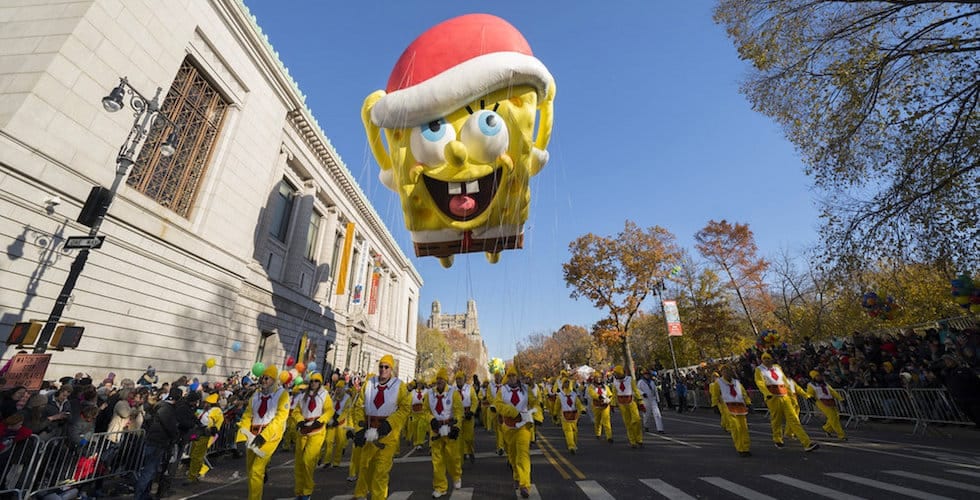 Kick off your holiday season with the American tradition, Macy’s Thanksgiving Day Parade.

Hosted by Savannah Guthrie, Hoda Kotb, and Al Roker of NBC’s “Today,” the broadcast will run from 9 a.m. – noon in all time zones.

For this year’s march through New York City, the parade will include 16 giant character balloons; 43 novelty balloons, heritage balloons, balloonicles, balloonheads and trycaloons; 26 floats; 1,200 cheerleaders and dancers; over 1,000 clowns; and 12 marching bands – as well as the show-stopping Radio City Rockettes and their high-kicking magic.

“We’re delighted to once again broadcast this extraordinary holiday tradition to viewers across the country,” said Dough Vaughan, executive vice president of special programs for NBC Entertainment. “The Macy’s Thanksgiving Day Parade marks the beginning of the holiday season, and we’re as excited as ever to celebrate with this incredible lineup of performers, bands, floats, balloons and more.”

This year’s parade features a few new balloons, including Saiyan warrior Goku from “Dragon Ball Super: Broly.” The elf stars of “The Christmas Chronicles” on Netflix – Fleck, Bjorn, Jojo, and Hugg – will make their debut in the sky ahead of Santa Claus. Macy’s Blue Sky Gallery series will return for their seventh edition with Little Cloud, a creation with art collaborative FriendsWithYou.

Closing out the new inflatables this year include Sinclair Oil’s Baby Dino balloonicles, Universal Orlando Resort’s The Nutcracker, and the star of Macy’s Christmas celebrations, Sunny the Snowpal.

Returning giant balloon characters for this year include:

This year will also see four new floats join the parade lineup, including:

Knott’s Merry Farm 2018 to bring the holidays to life

Hello: What is the theme for the parade this year? We are coming up from McKinney, Texas (just north of Dallas) to watch our grandaughter’s drill team from Reedy High School in Frisco, TX, ( all Dallas area). You may be interested to know she is a senior this year and was diagnosed with an aggressive form of Lymphoma this past January. 4 plus months of hard chemo, she was declared cancer free in May and now 6 months later she will be marching down 6th Avenue in New York City. We are excited to be there watching from Gotham Hall viewing area. Her name is Skylar Allen and goes by Sky…..Sky’s the Limit.