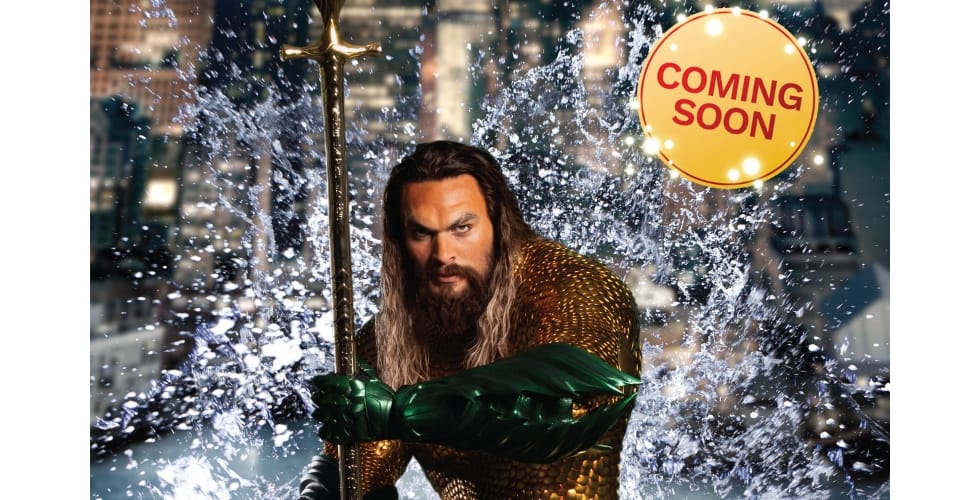 Fans will have the chance to get up close when the new figure debuts on . (UPDATE: The figure will now debut on Friday, Dec. 7.) Designed in collaboration with Warner Bros. Consumer Products, this new figure captures every detail of Aquaman – and even features the all-new suit from his upcoming movie, out Dec. 21. In the experience, Aquaman’s presence will combine with guests’ bravery as they join the DC Super Heroes to save the world.

“There is nowhere else in the world where fans can not only see a striking wax figure of Jason Momoa as Aquaman before the film hits theaters, but also take a selfie with the A-lister and actually join him in battle with the Justice League to save the world,” said James Paulding, general manager of Madame Tussauds Orlando.

Justice League: A Call for Heroes is a unique kind of exhibit, offering guests an immersive experience with hands-on, interactive missions inside a larger-than-life set.

This attraction is also the first time guests can get up close with Gal Gadot’s Wonder Woman, Henry Cavill’s Superman, and Ben Affleck’s Batman, as they try to save the world from Lex Luthor’s LexCorp.

To learn more about this attraction, and to purchase tickets, visit MadameTussauds.com/Orlando.

Here’s video of Momoa seeing the figure for the first time:

Here’s actor Jason Momoa seeing his Aquaman wax figure for the first time. You can see it yourself at @TussaudsOrlando starting next Friday. https://t.co/IYrmYVt48g pic.twitter.com/WIaZCcc9L3

Check out our walkthrough video for Justice League: A Call for Heroes below: