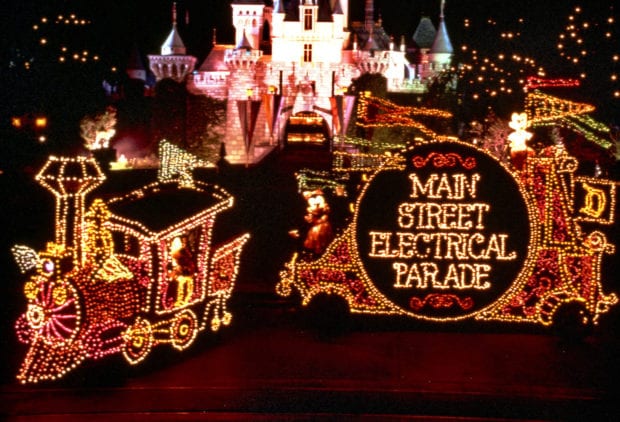 One of the longest running Disney parades returns to Disneyland Park on Jan. 20, 2017 with all the lights, sounds, music and fun that have made it an icon.

With nightly performances through June 18, 2017, guests will have a limited time to enjoy the Main Street Electrical Parade’s encore performance in California. The parade premiered at Disneyland in 1972 and has been seen at Disney Parks around the world. Its last Disneyland Park performance was in November 1996 and at Disney California Adventure Park in 2010.

Guests who wish to be among the first to welcome the parade back to Disneyland may purchase a special, separate ticket for an after-hours premiere on Thursday evening, Jan. 19. After the park closes, premiere ticket holders will enjoy a night of exclusive access to select Disneyland attractions and restaurants from 7:30 p.m. to midnight, along with a performance of the Main Street Electrical Parade before its official return. Tickets to the premiere are on sale for Disneyland Resort Annual Passholders now, and go on sale to the general public on Dec. 13. They may be purchased at any Disneyland Resort ticket booth or by calling 714-781-4636.

Information about the Main Street Electrical Parade premiere party, is available at Disneyland.com. Take a look at our video of the final performance of the parade from its latest run at Walt Disney World below.