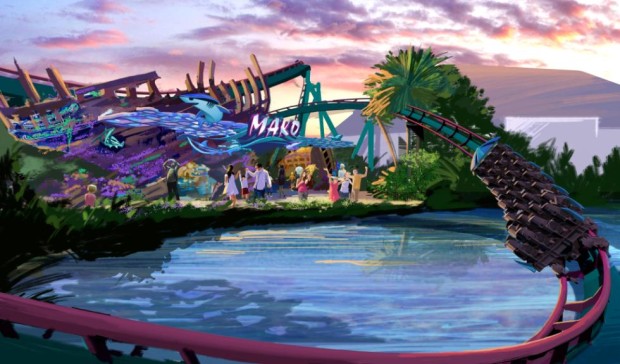 Next summer, SeaWorld Orlando will debut Mako, a 200-foot-tall hyper coaster reaching speeds of 73 mph along 4,760 feet of steel track that will leave riders feeling both breathless and weightless.

Named for one of the ocean’s fastest known sharks, Mako will be Orlando’s tallest, fastest and longest roller coaster. “On Mako, you’ll experience what it’s like to be this apex predator, surging through the water at top speed and chasing prey throughout a massive reef,” said Brian Morrow, SeaWorld’s attraction creative director. “It will be a wild mix of fear, thrills and fun.”

Here’s Morrow walking us through the ride:

Mako’s tight turns and speed are inspired by reality. Mako sharks — also called “blue pointers” — are known for their top speed, making extreme jumps and the ability to quickly change course as they pursue their prey.

The new coaster will be a hyper coaster, a roller coaster known for high speeds, steep drops and hills that create a feeling of weightlessness or “air time.” As the coaster cars crest each hill, riders come out of their seats, nearly weightless.

Mako is manufactured by Bolliger & Mabillard, a company renowned among coaster enthusiasts. B&M has built many of the world’s top roller coasters, including SeaWorld’s Manta and Kraken, and Busch Gardens Tampa’s SheiKra.

SeaWorld’s new coaster will be the centerpiece of the newly themed surrounding realm. The two-acre plaza now will be fully shark themed including Mako, Shark Encounter, Sharks Underwater Grill, shops, shark and shipwreck theming and educational experiences featuring sharks. The entire realm is being created to make guests feel they’re underwater, part of the group of sharks and toothy animals that have taken over a shipwrecked reef.

In the plaza, guests will learn about the impact humans are having on sharks and why these animals are critical to the environment. Sharks are hunted for their fins — considered a delicacy in certain countries — and thousands are caught accidentally in nets. Several species of sharks are on the verge of extinction.

“It’s this blend of education and thrills, immersing guests in an underwater world, that sets a SeaWorld ride apart from others,” said Morrow. “Our fans will love how Mako complements our other rides. Kraken is big, monstrous and twisty. Manta is massive and glides smoothly, taking you on a flight like a huge ray. Mako is entirely different. It’s streamlined and fast, just like a mako shark. There’s no wasted motion, it’s all speed and dives.”

Mako will use a unique sound system to enhance the experience, and not just for those on the ride. The full score of Mako can be heard and follows riders out of the station and up the lift hill. Custom surround effects and musical scores fill the realm, changing as the coaster dives through the area.

At night, specialty lights will accent the coaster trains, realm and track, flickering and shimmering, simulating fish being scattered by a mako on the hunt.

Here’s the announcement video. Scroll down for more concept art. Watch the June 4, 2015 episode of “Orlando Attractions Magazine – The Show” for our full report and interviews.

Visit SeaWorldOrlando.com for more information and updates on the new ride. 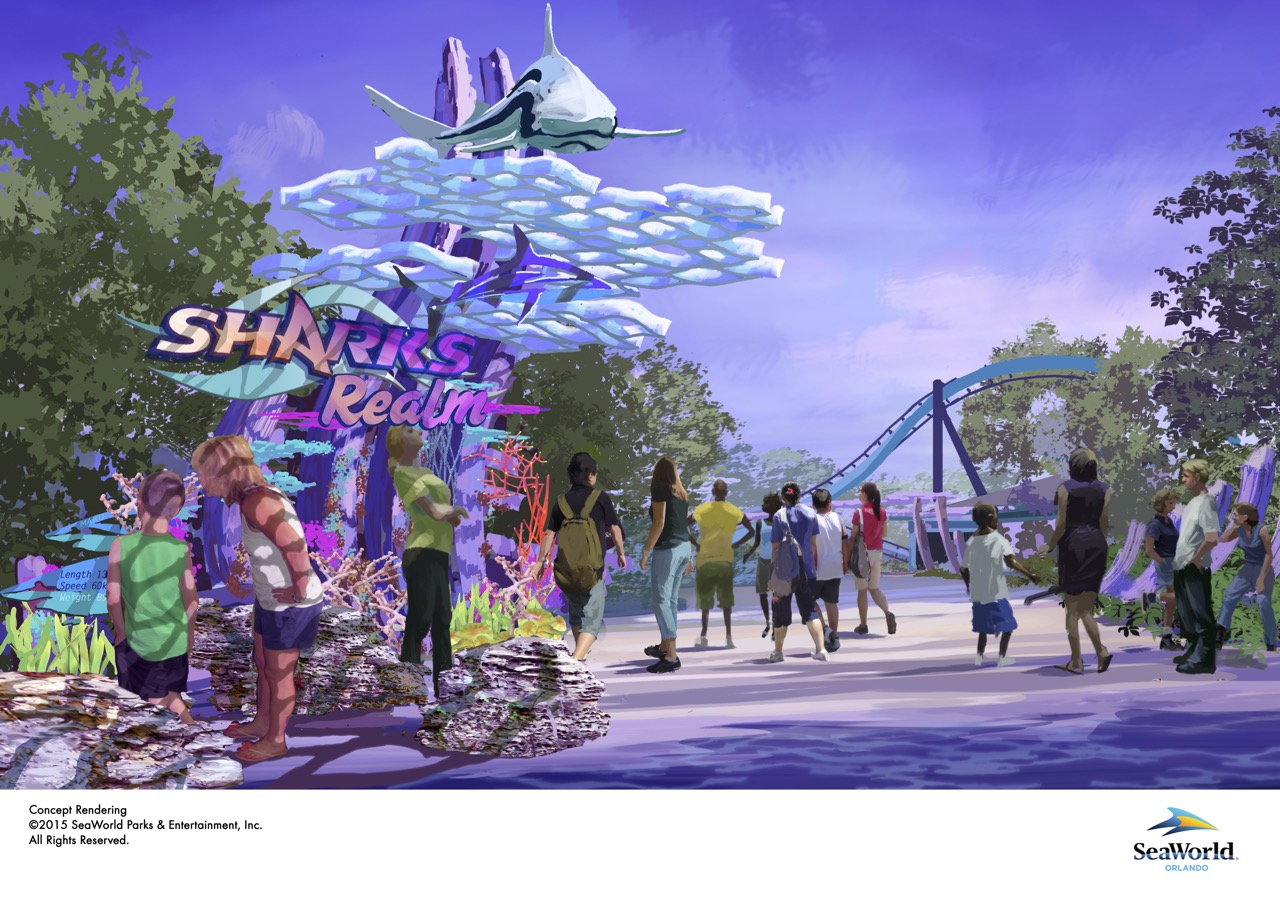 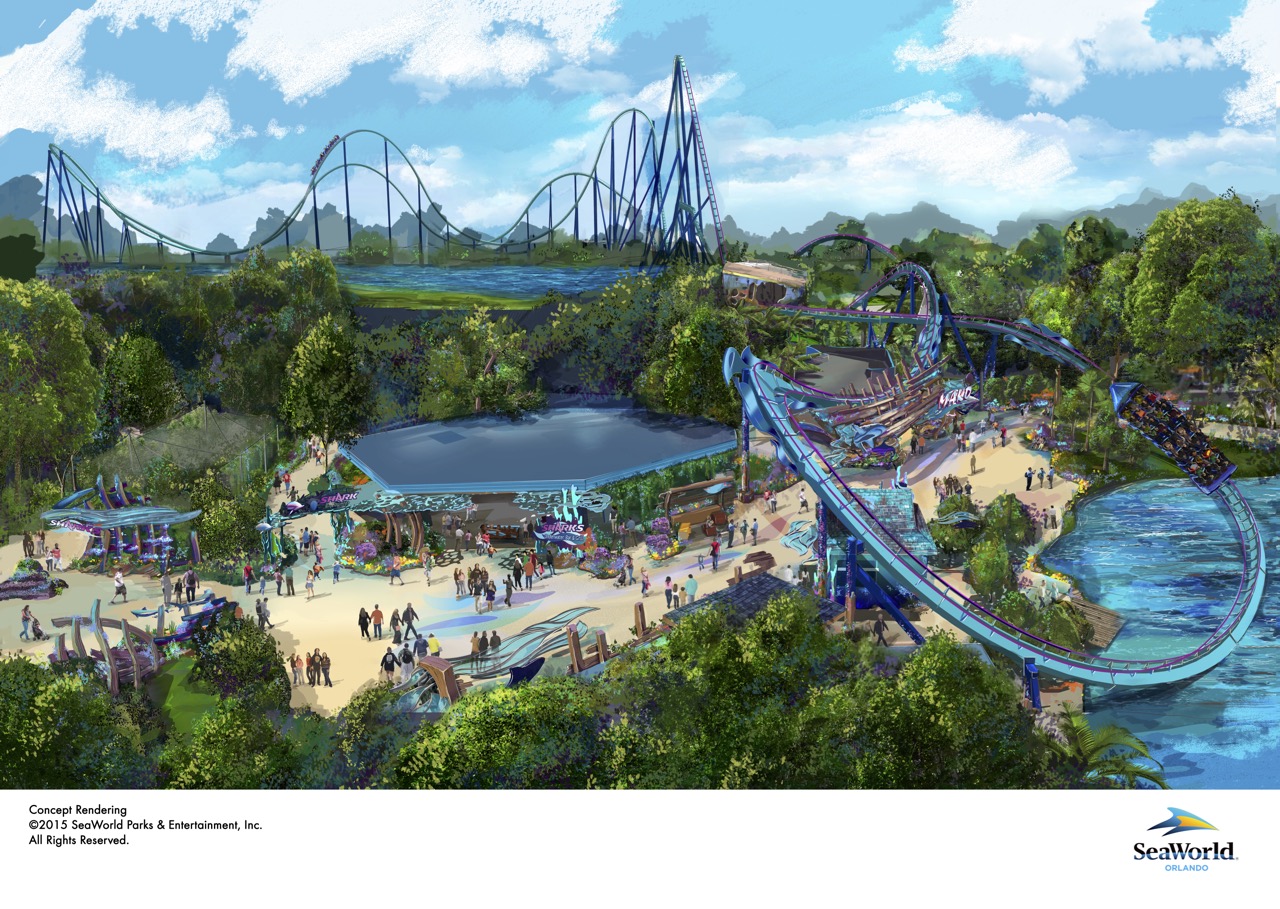 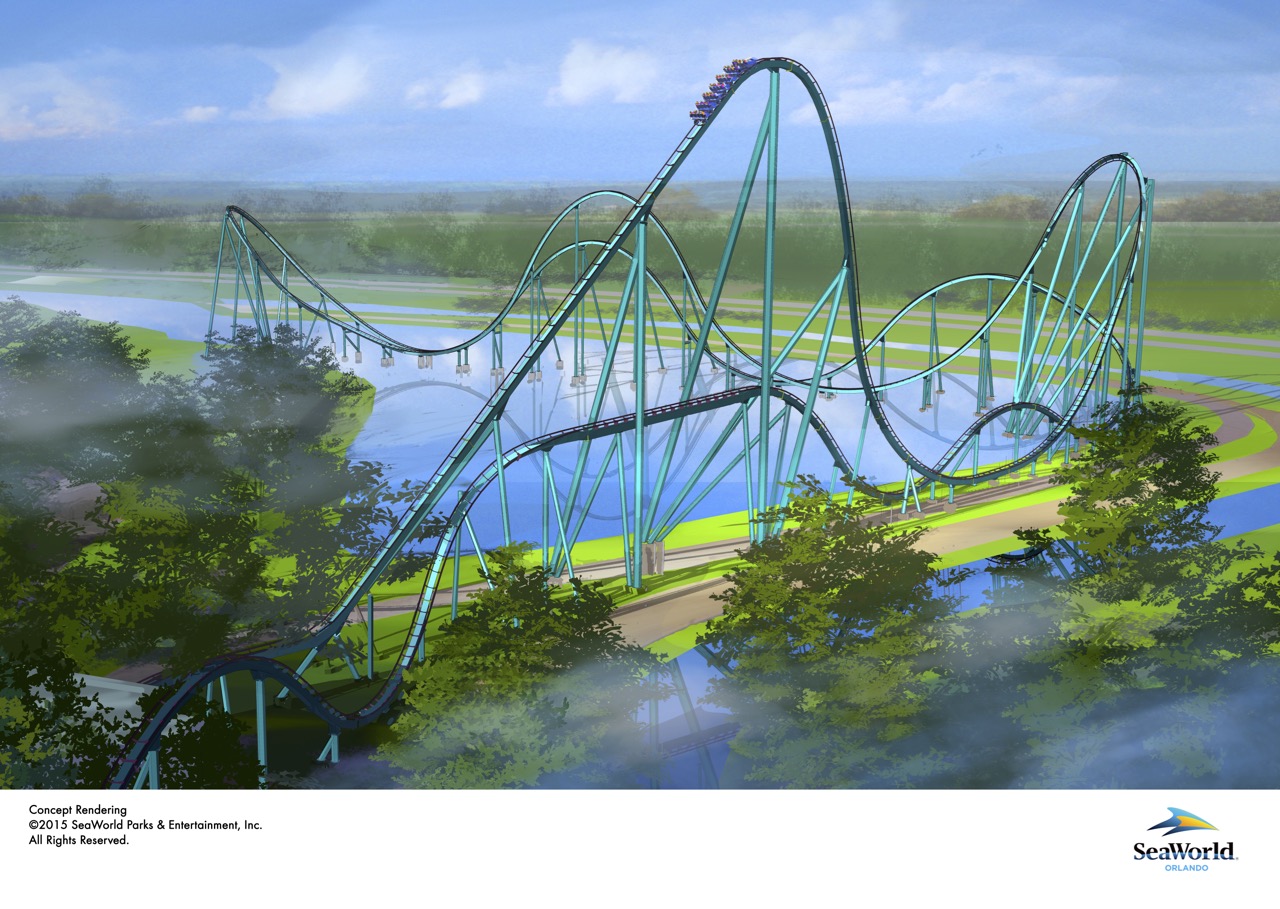 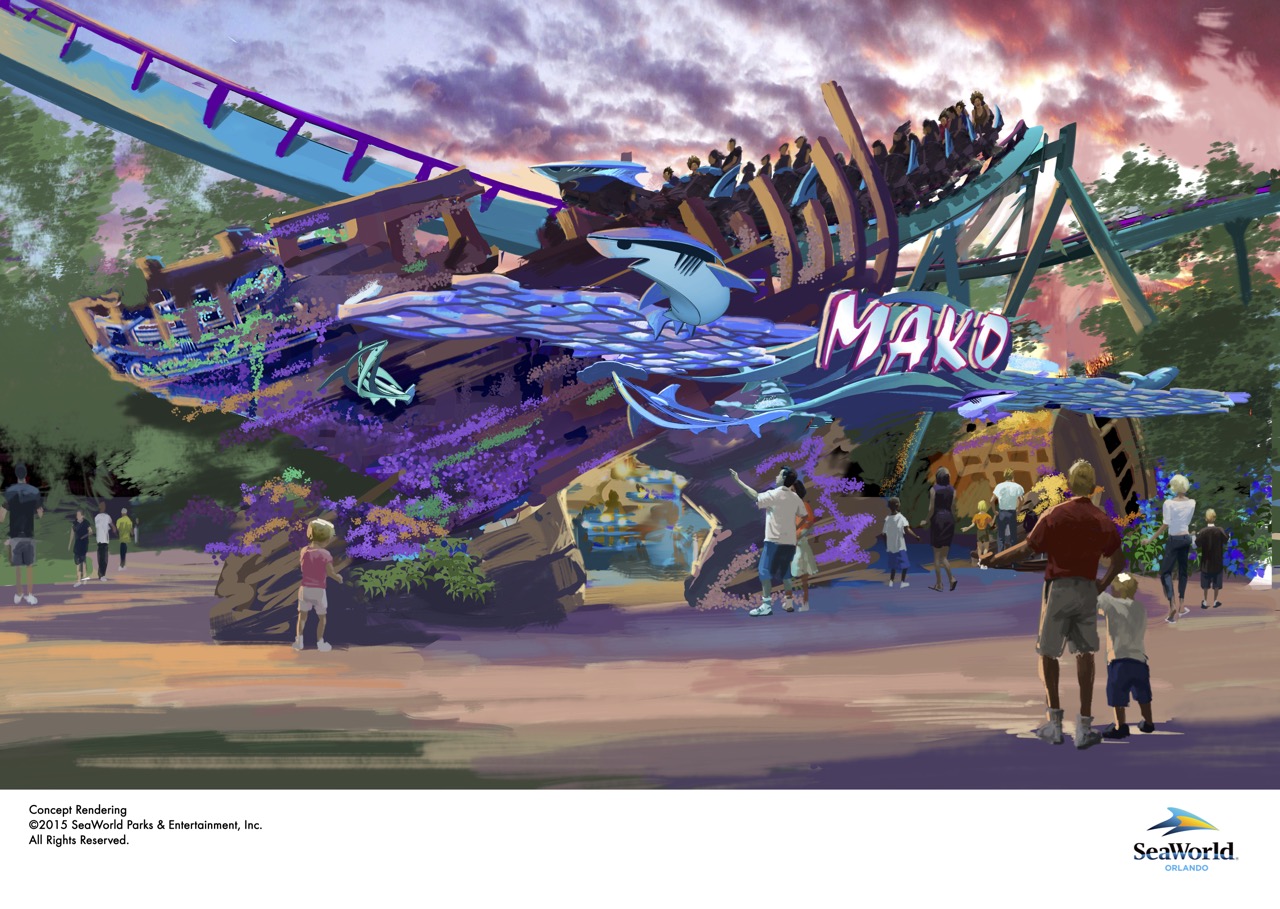 Clyde & Seamore are going to high...

Have a sleepover with Manta at SeaWorld